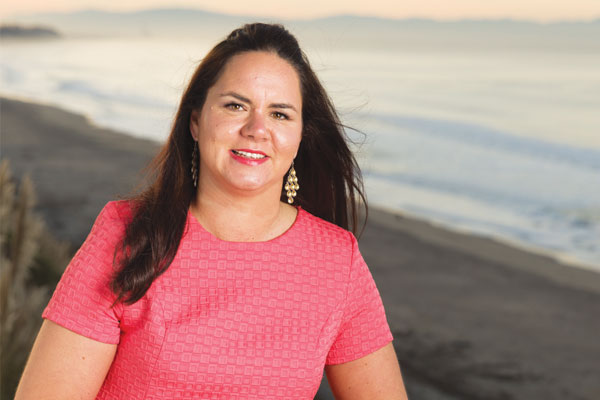 Evesham-based homeworker Becky Griffiths, who started her business All About Travel last year, hopes her Cover Stars trip will help increase her exposure in the industry. She tells Ben Ireland about the California road trip.

Q. What made you apply to be a Cover Star?
A. I had seen people I had worked with who had been on Cover Stars, and seen how good the itineraries were. As soon as I saw it was California, an area I didn’t know so well, I thought it would be perfect for me. The timing was perfect as I’d just opened up on my own in the October before the trip. It fitted in nicely with me trying to get my name out there; it’s a small team with four others who work for me on a self-employed basis and we’re all home-based, so this is a great opportunity for exposure. And I turn 40 in August this year, so it was nice for that reason too.

Q. You flew business class with British Airways. How was that?
A. I’d flown business class before, but never with BA. It was nice to see the difference and compare the airlines, so I can make recommendations to customers. The flatbed means you can get a nice sleep. We were too excited on the way out, but I slept very well on the return. All round it’s better quality; the food and entertainment are excellent.

Q. How did you find Los Angeles?
A. It’s surreal to be there because you’re so used to seeing it on the TV or in films. We cycled around Beverly Hills – it was the first time I’d been on a bike for years. But it was a great way to see the city – you see more than you would on a coach. We went past Michael Jackson’s house and the Osbournes’. We also went to the Griffith Observatory, where we got a view of the Hollywood sign. We stayed at the Mondrian Hotel in West Hollywood. It was different – I’d say risqué. There were mirrors on all the walls, poles in the rooms and swings. I have clients who I think would like it.

Q. Then it was on to Pismo Beach. What was your highlight?
A. For me, the sand dune buggying was amazing; I was really going for it. On the way up, you can’t see how high it is but when you get to the top – and it’s too late – you realise how far it is down. There were some massive drops. I’ve never done anything like that before.

Q. Where was next on the road trip?
A. We went horse riding at Creston Ranch with Central Coast Trailrides. Again, it was something I would never usually do – I’d not been on a horse since I was a child. Even though I have hay fever, and my eyes had swollen up, I really enjoyed the experience. Riding on horseback around the Californian countryside is an incredible experience, and I got some great photos.

Q. Then on to Santa Cruz?
A. Yes, we went to the boardwalk where they filmed The Lost Boys and went on a boat trip around the coast, but my favourite part was the beach barbecue, which was really cool. It was our last night, we had a band playing live and we were there toasting marshmallows.

Q. So when did you have your shoot?
A. Mine was the last one, so I was up for sunrise on the morning we flew home. I had to get up at God knows what time as the sunrise was 5.30am, which isn’t when most people look at their best. The sun came out in about five minutes, so we only had a limited time to get the shot. It goes to show that professional models and photographers don’t have it so easy when they’re after the perfect picture – you can’t control the sun.

Upsell clients who can afford it to business class. It will get their trip off to a great start.

Use Pismo Beach as a stopover for customers driving between Los Angeles and San Francisco.

“I’d been to California once before, to San Francisco. It was a fantastic place but I would never have thought about it as a family destination. Having now been to Pismo Beach, I want to go back again with my family. It was like an ‘oldie worldie’ seaside town with shops along the beach. There is nothing pretentious about it and no city lights. You can also try the dune buggying, which is a really fun, adrenaline-fuelled activity. As part of a bigger trip, it would complement LA and San Fran really well and provide you with some family activities. The same could be said for Creston Ranch. It was in the middle of nowhere, a real American adventure that kids would love.”