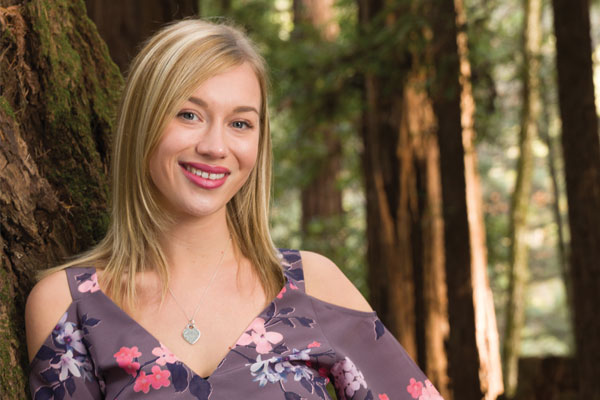 Q. Entry for Cover Stars 2019 is under way now. What made you enter the 2018 competition?
A. I’ve seen so many other agents take part and the Cover Stars trip always stood out as a fam trip that looked really fun. To be honest, I had been a little embarrassed about sharing entry to competitions on social media, but it worked for me and I got to go on this amazing trip. I got a lot of support from friends and family and I’m so glad I did it.

Q. You flew out to California business class with British Airways. How was that?
A. It was so good. I’d flown business class once before – with Emirates – but there was something special about the BA service. It was so comfy, we had leather seats, and the food was great. Staff were friendly, and they had to deal with 12 excited agents. It was a great way to begin the trip.

Q. Where did you stay in Los Angeles?
A. We stayed at the Mondrian, which was a lovely hotel. It had a rooftop pool and cocktail bars. You got the feeling it was somewhere celebrities would stay. It was classy, but not overwhelmingly so, so we felt relaxed.

Q. What did you get up to in LA?
A. We did a bike tour of Beverly Hills and West Hollywood, which was brilliant. It was a much better way to see such a big place than going around in a car or coach. The guides were great, and pointed out houses where famous people lived, like Michael Jackson’s old house. We also went to see the Hollywood sign and have our pictures taken with it – and we went to the Hollywood Walk of Fame.

Q. What was Pismo Beach like?
A. Having seen LA it was nice to see the other side of California. We stayed at a lovely, contemporary hotel called Inn at the Pier. We also went dune buggying, which was so different to what we were doing in LA. We started really nervously, creeping up hills really slowly, but after a while we got really brave, flying up, then screaming like kids. It was great fun.

Q. What other activities did you do?
A. We went horse riding at sunset at Creston Ranch with Central Coast Trailrides. My horse was a bit nervous, but I enjoyed it. At one stage it fell out with another horse and bolted, but I’ve ridden horses before so it all added to the drama. After that we headed up to Santa Cruz, where we went on a relaxing boat ride where we spotted otters, which was nice.

Q. How was Santa Cruz?
A. It was a great city, and somewhere I think British tourists are less likely to visit if they’re going to California. My favourite part of the trip was the beach party. We were all such a close group by then and there was a band and we had a fire going. Everyone was so happy and the atmosphere was brilliant.

Q. What else did you get up to?
A. We went wine tasting, which I always enjoy. California is known for its wine too, which made it fit nicely on the itinerary. Sitting back with a glass of wine looking out onto the Californian vineyards was pretty special.

Q. How was your photoshoot?
A. It’s a once-in-a-lifetime opportunity to be on the front cover, and although I was nervous it was fun, if not a little cold. I was going to wear shorts, but I had to revert to jeans as it was in the redwood forest. I’d definitely recommend it to other people.