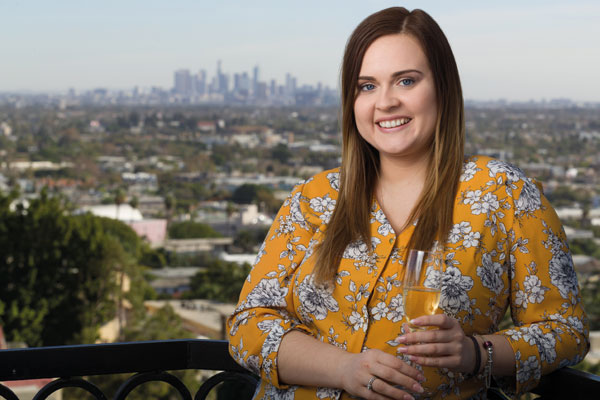 Lauren McCullow, of Hays Travel in Middlesbrough, tells Harry Kemble how her experiences in California lived up to her colleagues’ ‘life-changing experiences’ on previous Cover Stars trips

Q. What made you apply to Cover Stars?
A. I have always known about it since I started working in travel six years ago. I actually applied four years ago, but sadly I was not successful so I thought why not go for it again.

Q. Did you know anyone else who had entered Cover Stars before?
A. Other Hays Travel agents I know have been on the trip – probably about four or five. Everyone who had done Cover Stars before said they had life-changing experiences. You get to go on holiday to somewhere you would not get to experience normally. This year, we didn’t do the makeover, but to me that meant we had time to experience more. I would encourage any other agents to apply to be a Cover Star.

Q. What was it like in business class?
A. It was absolutely fantastic. I hadn’t flown business class before. The staff were so lovely and couldn’t do enough. It made the world of difference because it meant you could stretch out and snooze. I would 100% fly long-haul business class again.

Q. Was Los Angeles and West Hollywood everything you expected?
A. It was much more. It has helped me loads when I’m selling California. You can only sell so much of a place you have never been to before, but now I know the areas.

Q. What did you get up to in LA?
A. We stayed at the Mondrian Hotel on Sunset Boulevard. We all had different rooms, which were really quirky. You could see all the way to Downtown Los Angeles, which was an amazing view. It was bizarre inside, when we walked in we saw a giant mirror with a TV inside.

Q. How was your photo shoot?
A. I had my photo shoot on our second day in LA, when the group went on a bike ride around Beverly Hills. The shoot, at The London West Hollywood hotel, was fantastic. I felt like a celebrity. The photographer was friendly and put me at ease. I had never done a photo shoot before but I got really into it and was doing loads of poses by the end.

Q. The next stop was Pismo Beach. What were your highlights?
A. Pismo Beach was not somewhere I had considered going to before, but because it was off the beaten track it was really exciting. We went dune buggying at Oceano Dunes and that was an absolute scream. I’m not a very good driver, but I’m an adrenaline junkie and I couldn’t stop screaming all the way round. After that we went wine tasting, which was amazing. I’ve never been to a winery but I would 100% recommend it, even if you’re not into wine.

Q. What other activities did you do?
A. In Paso Robles, we went on a tour of the Firestone Brewery. I’m not into beer, but they walked us through the production process, which was fascinating. From there, we went to Creston Ranch, where we went horse riding at sunset.

Q. What else did you get up to?
A. We had dinner at a farmers’ market in San Luis Obispo, where there was a great atmosphere. We also spent an afternoon on a Chardonnay sail ship where we had food and music on board. At one point, we could hear this really strange noise and there were loads of sea lions under the pier.

Definitely recommend a wine tasting tour. It was fantastic to see how it was made.

Hire a car. You can get off the beaten track and it gives you freedom to explore.

Suggest West Hollywood, rather than Downtown LA. The hotels are nicer and it has Sunset Boulevard.

Lauren on… horse riding in California

A lot of the other Cover Stars had been horse riding before, which made me nervous. But the everyone at Central Coast Trailrides at Creston Ranch was lovely, and introduced me to all the horses, which calmed me down.

My horse was a black and white one called Domino. They do this day in, day out so they know what they’re doing and they made a real effort to put me at ease. W

e went riding at sunset, which was a lovely experience and my favourite part of the trip. It was really relaxing and definitely something I would recommend to my clients.