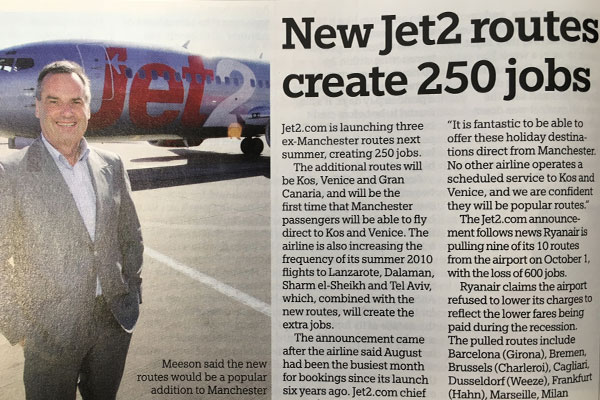 • Jet2.com announced three ex-Manchester routes for next summer, to Kos, Venice and Gran Canaria, creating 250 jobs. It was the first time Manchester passengers could fly direct to Kos or Venice.

• Children’s ‘pester power’ was revealed as a key influence on where families went on holiday in an exclusive survey commissioned by Teletext Holidays and featured on Travel Weekly’s front page.

• Insurance to back up financial protection for package holidaymakers was reported to have cost £9.45 million in the first year of the Atol Protection Contribution (APC). The number of overseas trips made by UK residents fell 8% year on year to 64.6 million for the 12 months to May, according to ONS figures. And Thomas Cook blamed swine flu for a £12.6 million loss of profit for the nine months to the end of June. 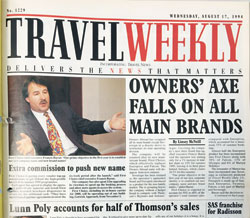 • Owners Abroad announced it was scrapping all its main brands except upmarket Sovereign, and rebranding itself First Choice. It said the Owners Abroad name would disappear from summer 1995, along with mainstream brand Enterprise, while Twentys and Sunmed would also go, with product merged into new non-family brand Freespirit. The company was aiming to lift its market share by one percentage point to 13% by summer 1995.

• Thomson revealed that Lunn Poly was accounting for more than half of its summer 1995 sales. The higher-than-normal figure was due to rival retailers discounting Thomson’s holidays by only 5%, compared with 15% off others, because of the operator’s refusal to increase agency commissions. 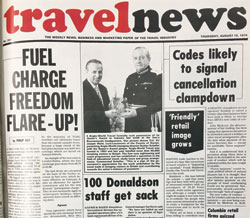 • Abta’s new code of conduct, due to be published in the next couple of months, was expected to clamp down on tour operators’ freedom to cancel a holiday after final balances have been paid.

• In what was thought to be the first prosecution of an airline in the UK for overbooking, British Airways was fined £250 plus £20 costs. The case, under the Trade Descriptions Act, came from a passenger’s complaint he was offloaded from a London-Bermuda flight last year.

• On the Letters page, P F Russell, branch manager of Broadway Travel Agency in Heswall, Cheshire, asked if agents or GPs should stock vaccination forms for smallpox or cholera after a client was sent to him for a form by his GP. “Just who should keep these mystical documents?” the letter asked.