Q. How was Thornton’s Travel founded?
A. The company started as a shipping company in Avonmouth. It was incorporated on July 24, 1940, and was a shipping agent for Bristol City, Avonmouth, Cardiff and Newport Docks. It started a travel agency in 1948 and the two businesses operated side by side.

The agency moved to Baldwin Street in Bristol in 1944 under the stewardship of Reg Taylor, who retired in 1979, and that’s still our head office today. Patrick Murphy, who joined in 1967, was appointed managing director. The company expanded and opened branches in Clevedon, Portishead, Filton, Staple Hill, Old Market, Yatton, Clifton and Bristol airport.

Q. Tell us about some of the key moments in Thornton’s Travel’s recent history.
A. In 2000, Patrick Murphy became sole owner and centralised our operations in our office in Bristol. The company could see the demise of mass package holidays and decided to open a second standalone office in Bath, specialising in cruise.

We bought Chew Valley Travel near Bristol in 2006. Patrick passed away in 2011, but his wife Carol continued as a director. In early 2016, following Carol’s decision to retire, myself and Lee Morse, Patrick’s nephew, acquired a majority shareholding in the business. I had started as a YTS in 1989 when we had 10 branches. I went travelling in 1998 and got a call when I was in Thailand asking if I wanted to come back. I said ‘yes’ and went back in December 1999. Like most backpackers, I thought I’d soon be off travelling again, but 20 years later I’m still here!

I became manager of our business travel department, then general manager in 2016. Now we just have the Bristol office and the Chew Valley office.

Q. What have been some of the agency’s achievements during its 80-year history?
A. Thornton’s has had many firsts, including operating a charter flight to New York from Bristol on a Boeing 707. We also brought Concorde into Filton, Cardiff and Exeter for the first time for day trips around the Bay of Biscay and for visits to European cities and New York. From 2017-18, we were shirt sponsors for Bristol Rovers football team; we’re long-time supporters of the club.

More recently, our business travel team assisted in the ‘Helping you Get Home’ initiative with the Focus Travel Partnership, when many travellers who hadn’t booked with an agent found themselves stranded abroad when Covid-19 struck. We helped them to get home safely.

Q. How has the agency and staff coped in the last few months?
A. It’s been a bit bonkers. We were lucky everyone was set up to work from home, but some staff with children are now working in the office part-time and at home. It’s been difficult; I was trying to homeschool and run the business at home. We came back into the branch on July 13 in Bristol.

We were due to reopen Chew Valley on July 13 but the ceiling fell in because of a leak in the upstairs flat, so it opened on July 20. We have 14 staff and furloughed around half of them. We put training in place for those on furlough and have tried to rotate staff to keep everyone connected with the business.

We have done lots of online quizzes. We still have staff furloughed. We have to do what we can to protect the business. When staff came back, we gave everyone a bag with their own plate, knife, fork and a tea towel; we want everyone to feel safe.

“We put training in place for those on furlough and have tried to rotate staff to keep everyone connected with the business.”

Q. How do you feel about the future?
A. We’ve been through the Falklands War, September 11 and the ash cloud. There are loads of things that constantly affect travel. This has been a catastrophe.  Last year we had Brexit, but we never imagined it  could be followed by something like this. Before the Spain quarantine announcement, we felt like travel  was coming back, but that’s changed now. I am keeping positive; all of us are. 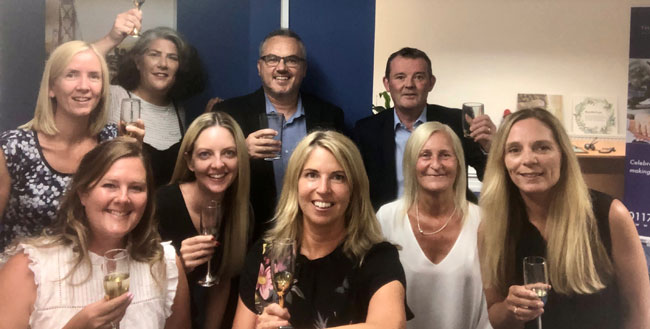 How are you marking the agency’s 80th anniversary?

We gave all the staff four engraved champagne glasses each to commemorate the anniversary. We have a cruise division, business travel and leisure, and all our staff have been with the company for years and have lots of experience and a reputation for going above and beyond.

The strapline for our anniversary is ‘Celebrating 80 years to make your travel our business’. We were planning a big event at the Avon Gorge Hotel in Bristol overlooking the Clifton Suspension Bridge. It was due to be held last Sunday and we were going to invite 120 clients and staff. We now want to hold this next year instead.

“We are also currently running a competition for a customer to win a £1,000 holiday voucher valid for a year; we’ve had more than 1,000 entries!”

We also do a calendar every year with pictures from trips that staff have taken, and this year we had wanted to include pictures from customers for the first time. We are also currently running a competition for a customer to win a £1,000 holiday voucher valid for a year; we’ve had more than 1,000 entries! 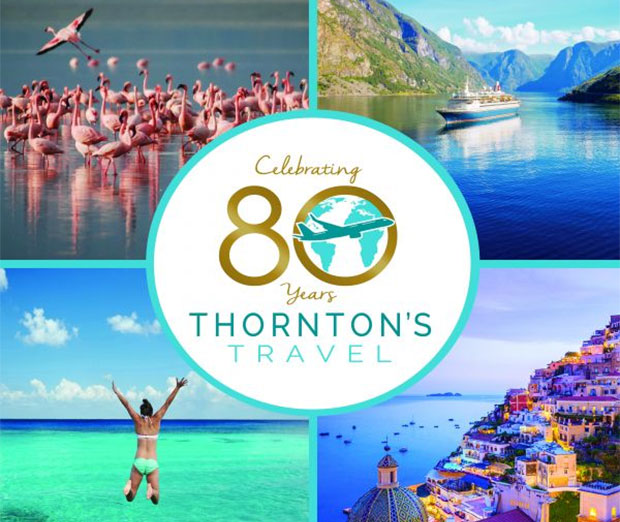