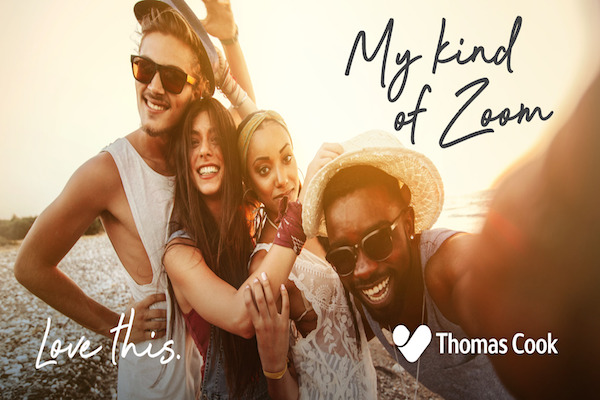 The reinvention of Thomas Cook as a pure online brand a year after the collapse of the holiday giant with the loss of 9,000 UK jobs has received a mixed reaction.

Holidays will initially be available in beach destinations and cities in countries including Italy, Greece and Turkey, in line with current government travel corridors.

Further destinations will be added when government restrictions are lifted.

The Thomas Cook OTA has gone live following confirmation at the weekend that it had received its Atol licence.

The new Thomas Cook has pledged to continue to invest in its digital offering “to adapt to changing holiday needs and lifestyles”, including adding new flight partners and other travel options, as well as additional hotels and other types of accommodation.

UK chief executive Alan French, former group strategy and technology director, said: “We have reinvented one of the most recognisable names in British travel. Our new business will combine fantastic UK based customer service with an updated operating model protected by Atol and with the backing of a multi-billion-dollar organisation.

“We are launching now clearly aware of the short-term challenges posed by the pandemic.

“We and our Fosun backers are taking the long view and we want to offer choice, customisation, and 24/7 on-holiday customer care to families who wish to travel now and in the future.

“We know Brits are keen to travel but feel nervous about safety and any changes to government rules on quarantine. We are only selling destinations on the travel corridor list and all the hotels are flexible. We also won’t charge customers a fee to change their holidays if government rules change.”

French added: “Re-launching Thomas Cook as a business designed for today’s holidaymaker is an honour.  What happened last year was a tragedy at a personal level for many thousands of my former colleagues, our business partners and of course our loyal customers.

“The resilience and affection still felt for the Thomas Cook brand reflects the huge commitment and professionalism of those former colleagues. We are very much in their debt and hope to have their backing as we look to take the brand into a new era.”

Which? Travel editor Rory Boland said: “While some previous Thomas Cook customers may be pleased to see it relaunching as an online travel agent, the events of the past few months should act as a reminder that just because a brand is a household name does not mean you can necessarily rely on it to treat you fairly.

“Package holidays booked through Thomas Cook would be Atol protected, however many of the big online travel agents have proven time and time again through the pandemic they aren’t able to offer the same level of protection or customer service as better, traditional tour operators, making it difficult to secure refunds that customers are legally owed for cancelled holidays.

“Anyone looking to book with Thomas Cook should check its terms and conditions carefully first to make sure they understand what rights they have if their trip is disrupted by changing government rules on travel corridors, and under what circumstances they can claim a full refund.”

Former Thomas Cook Airlines flight attendant Grace Fletcher, now working with vulnerable children in the prison service, told the BBC she would do anything to reverse the clock to the 27 years she spent with the company.

She said: “It was very sad when everything went down. We were like a family, our Birmingham crew, and I found it really difficult in the last year without them.

“I found I had no job after 27 years by switching on my phone and seeing the headlines.”

Ex-Thomas Cook resort rep Scott Robson said: “It’s really nice to know the Thomas Cook brand and legacy will be carried on into the future.

“It is sad to know that myself and my other colleagues that fought so hard to keep the company going won’t be part of this relaunch, but I understand it won’t or wouldn’t be the same.”

It did “slightly anger” him that the relaunch is so close to the anniversary of the collapse.

“I still get upset over the events of just under a year ago. I’m sure a lot of my other colleagues do to,” Robson added.

However, he wished the new firm “all the success in the world and I do hope one day I may be able to work for the company again”.

But Ross Milne, who worked for Thomas Cook for 12 years, was “very annoyed” that the business is being relaunched, “especially so close to it being one year after the collapse”.

“[I] don’t want to support the company, and will be using others to book holidays,” he added.

Others took to social media to voice their reaction.

Huddersfield-based Tivoli Travel tweeted: “Err I don’t think so, leaving passengers, staff hoteliers in the lurch, you had your chance to save the company..Fosun, all you have done is watch for it to collapse then start to trade off the name disgusting.”

Former employee Kelsey Jade tweeted: “Just what all the staff who put their heart and soul into the brand name want to see exactly a year later…”

While many were positive about the relaunch, former customer Annmarie tweeted: “I find this pretty hurtful, to announce its come back almost a year to the date when it collapsed. We were due to fly the morning it went and it was pretty difficult to get our money back. It will be a long time before I will trust a travel company.”

Peter Knapp, chairman and chief creative officer at global branding consultancy Landor said: “Thomas Cook is a name now synonymous with failure, and if it doesn’t reinvent itself, it will carry all the bad baggage of the past and risk going in the same direction – down.

“But there’s a real opportunity for the brand. By learning the lessons from the past and being responsive to the needs of travellers and passengers as we adapt to the new ways of travel, Thomas Cook has the chance to be at the vanguard in a new era of travel, a brand that is empathetic to customer requirements, safety conscious and, crucially, agile.

“There’s no denying that this will be a challenge for the travel brand. Its name and recent history won’t help.

“But if it is able to confront this opportunity, learn the lessons from its past and tap into its heritage and pedigree in holiday destinations, it may stand a fighting chance.”