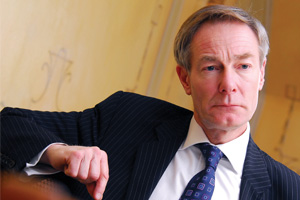 Cruise commission cuts have been beneficial to travel agents helping some to reform “suicidal” business models, the boss of the UK’s leading operator claimed.

Speaking at the annual Cruise Awards onboard Cunard’s Queen Mary 2 yesterday, David Dingle, chief executive of Carnival UK, admitted that 2011 “had not been for the faint hearted”.

However, he said the raft of changes brought in by Carnival this year had resulted in a hardening of prices and he expected this to continue in 2012 when UK capacity was “stable”.

The changes to the way it works with agents which Carnival have initiated this year have included reducing commission from a tiered structure to a 5% flat rate and switching off Amadeus Cruise GDS distribution.

Controversially, it has also moved to demand agents’ customers pay it direct as in the US, to reduce its risk in allowing them to retain pipeline monies and stop agents bidding on its brand names on paid search.

Dingle told the audience of travel agents that Carnival had worked closely with some agents to avoid business models that were “tantamount to commercial suicide” favouring volume driven by discounts over profitability.

In a clear reference to Gill’s Cruise Centre which collapsed in June, he said Carinval was too late to help in one case, but that they had been able to reassure agents that their price was “as good as any other on the high street”.

Indicating the line was prepared to adapt its approach, he added: “We still do not underestimate the scale of the change and we are listening and giving advice and support to those agents who are having to retune their business models.”

Justifying the commission cuts he said: “When an economy gets tough, consumers need price transparency more than ever. But it was hard for us to do this when effectively the last 10% of our pricing was out of our hands. Now we have that control and higher pricing is coming through to the benefit of all of us.”

For many agents the decision to get consumers paying direct was more damaging than the commission cut, but Dingle said Carnival understood many agents relied on cash flow to run their businesses.

But he said the operator had to protect itself against an unknown level of risk in extending credit to agents.

“Most travel agents are private companies and so do not publicise their accounts. Because it’s hard for us to assess it’s best for us to minimise the risk. “We need to work together to make sure all our objectives are met in a way that suits everyone. I recognise that 2011 has been a tough year but I am sure that the benefits will start to come through in 2012.

“The good news is that capacity across the UK cruise industry is stable, so now is the time to see growing demand across fixed capacity to maintain price rather than have more ships and risk downward price pressure.

“This to me is where we are going to get growth in 2012 – better pricing. Our booking curve has moved later but we feel confident that the pricing will hole up even among those later bookers.”

Dingle said the operator’s early year ‘wave’ campaign was designed to offer a better return on investment for the line and its agent partners.

“I’m sensing we are reaching the bottom of the consumer confidence trough therefore we see perhaps the earliest signs of a lift. If that’s true that’s perfect time for the wave.”