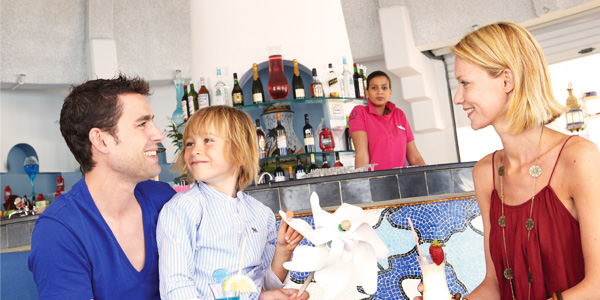 When protests swept through Tunisia at the end of 2010, leading to the ousting of the president and a travel ban by the Foreign & Commonwealth Office, tourists’ confidence was understandably shaken.

The number of Brits visiting the country fell by more than 35% from the record numbers seen in 2010 to just 227,000 in 2011.But now, a year on from the Jasmine Revolution, things are looking up, with a renewed focus on Tunisia’s unique cultural offering and an increase in capacity to the country.

Wahida Jaiet, UK director of the Tunisian National Tourist Office, says: “While visitor numbers for 2011 were obviously less than 2010, we’re confident that developments such as the increased air capacity into Tunisia and a national advertising campaign will encourage UK travellers to choose Tunisia for their next family holiday.

“With more than 800 miles of white sandy beaches, diverse attractions, a wide range of affordable accommodation and only a short flight away, Tunisia is the perfect destination for families with both young children and teenagers.”

The tourist board is putting plans together for a campaign to emphasise the country’s cultural and historical appeal, as well as organising fam trips to give agents first-hand experience.

Here we look at some of the most popular destinations for a family-friendly adventure and run through the best activities to keep children occupied.

Hammamet has an impressive family-focused offering, with a range of clean, shallow beaches suitable for younger swimmers.

Teenagers can enjoy watersports on the coast or venture into the cosmopolitan centre of the resort to see bustling bazaars and open-air cafes. The amazing mosaics at the Bardo Museum in Tunis, and the historical city of Carthage, are within easy reach for a day trip.

First Choice’s top family hotel is the five-star Holiday Village Manar, which boasts an aquapark and waterslides, kids’ clubs, circus workshops, and drama and football sessions for youngsters. A week’s all-inclusive starts at £945 per adult with the first child free and a second from £730, based on Gatwick departures in August.

Alternatively, the Moorish-style Club Med Hammamet offers facilities for babies from four months old, plus a flying trapeze academy to amuse older children. A week’s all-inclusive with flights on Tunisair from Heathrow starts at £870 per adult and £524 per child over Easter.

Nearby, the purpose-built tourist resort Yasmine Hammamet is also a family favourite, with a wide sandy beach, North Africa’s first ever theme park, Carthage Land, and even an ice rink and games complex. Two adults and two under-12s can stay at the El Mouradi El Menzah for seven nights’ all-inclusive with Just Sunshine from £1,813 during the Easter holidays or £2,829 in August.

Port El Kantaoui is another purpose-built resort, giving it a reassuringly familiar feel, especially for first-time visitors to Tunisia. It’s a popular sun and sand destination, with boat trips and dolphin-watching to keep kids occupied, while for those wanting to soak up some culture, Islam’s fourth-holiest city, Kairouan, is just an hour away.

The large playground, two outdoor swimming pools and mini-club for four to 12-year-olds at the four-star Houria Palace make it a hit with families. Olympic Holidays offers seven nights’ half-board for two adults and one child from £1,559 in August including flights from Gatwick and transfers.

Just minutes down the coast, the lively resort of Sousse combines golden-sand beaches with cultural highlights such as the Great Mosque, the mosaic museum filled with artwork salvaged from the region’s Roman villas, and the impressive ribat.

The Riadh Palms Hotel has direct access to the beach (although it’s best to go early as it gets crowded in the afternoons), a kids’ club for four to 10-year-olds and a special kids’ menu to cater for fussy eaters. Cosmos offers a week’s all-inclusive in April from £599 per adult and £519 for each child.

Nearby Skanes also offers watersports, camel riding, go-karting and dune buggies for rent – plus a chance to see the 8th-century ribat of Harthema in Monastir, made famous in Monty Python’s Life of Brian. The three-star Houda Golf and Beach Club will keep teenagers happy with watersports, tennis courts, archery and football, and is priced from £1,949 with Olympic Holidays for two adults and a child staying all-inclusive for a week in August.

The upmarket resort of Gammarth is the perfect base from which to explore Tunis and the famous artists’ retreat of Sidi Bou Said. Elegant Resorts offers seven nights’ B&B at The Hotel Residence Tunis from £650 per adult and £520 per child including flights and transfers.

For snorkelling or diving, the island of Djerba is hard to beat – plus, Star Wars fans can visit the town of Ajim, the setting for the spaceport of Mos Eisley. Thomas Cook offers the Vincci Djerba Resort from about £527 per person for a week all-inclusive.