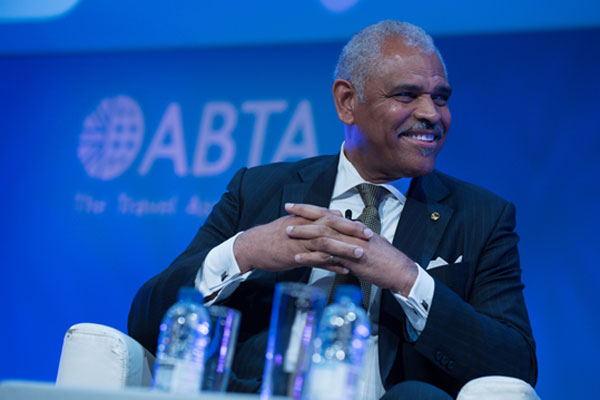 Carnival Corporation has sufficient funds available to survive through 2021 with no revenue, according to chief executive Arnold Donald, who insisted underlying demand promises a robust return.

The world’s largest cruise company, Carnival ended 2020 with $9.5 billion in liquidity having raised $19 billion since the onset of the pandemic last March.

However, chief financial officer David Bernstein said: “We may enhance our liquidity position.”

Speaking on a fourth-quarter results call, Donald said: “We have the liquidity in place to sustain ourselves throughout 2021 even with zero revenue.”

He told analysts: “We accelerated the release of 19 ships and negotiated the delay of 16 ships on order. We reduced capacity by 13%. As a result we will be less reliant on new-to-cruise customers.”

Donald described demand as “very encouraging”, with “pent-up demand evidenced by booking patterns” and said: “There is strong demand despite the pause in operations, despite minimal advertising.”

He added: “We’re well positioned to benefit. We are going to have smaller fleets.”

Donald insisted: “Bookings were robust pre-vaccine and are robust post-vaccine. We haven’t experienced a demand challenge.”

Carnival reported advance bookings for the first half of 2022 ahead of the same period in 2019.

The company held $2.2 billion in customer deposits at the end of November, the majority as Future Cruise Credits (FCCs). However, it reported 60% of bookings taken in the three months to November were new.

Carnival noted 45% of customers affected by cancellations had accepted FCCs by the end of November, with refunds paid to 55%.

Bernstein said: “We’ve seen good demand in all markets and across all brands.

“Pricing is down just 1% on 2019 if we exclude the negative impact of FCCs, and it is a tough comparison with the first half of 2019 which was historically strong.”

He noted: “There are quite a few FCCs to rebook, but that is not surprising. We would expect FCCs to turn into bookings over the next six to 18 months as people plan their vacations.”

Bernstein reported: “We added $4.5 billion to our liquidity during Q4 [to November 30].

“With $9.5 billion cash in hand our focus now has shifted to additional capital transactions at lower interest rates where possible.”

He insisted: “We have multiple lines of debt capacity. We have choices.”

Bernstein said some of the company’s liquidity planning “depends on the timing of the restart”.

Asked about the cost of bring ships back into operation, he said: “The cost of implementing the [Covid-19 safety] protocols in Europe was about €100,000 per month per ship.”

Carnival reported a net loss of $2.2 billion for the three months to November.