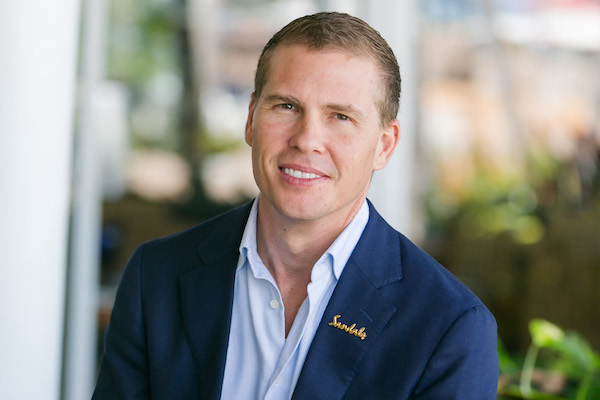 He becomes the second chairman in the company’s 40-year history, following the death of his father earlier this month.

Adam Stewart has worked alongside his father for more than two decades, serving as chief executive and most recently deputy chairman.

He has helped oversee the continued expansion of Sandals Resorts International throughout the Caribbean, including the recent announcement of two new island resort destinations, the future Sandals Curaçao and Beaches Resorts in St Vincent.

And in 2016, the government of Jamaica gave him the national honour of the Order of Distinction, Commander Class for outstanding contribution to tourism.

Adam Stewart has played an important role in managing the company’s response to the pandemic, including its creation of the Sandals Platinum Protocols of Cleanliness.

He said: “My father’s shoes are impossible to fill, but we will follow in his ground-breaking footsteps to continue the important work we all set out to do together.

“We are already leading the industry in recovering from the greatest setback in the history of travel.

“We will continue to lead not just by saying, but by doing. And at the heart of it all, we are solely focused on what we do best: delighting our guests.”