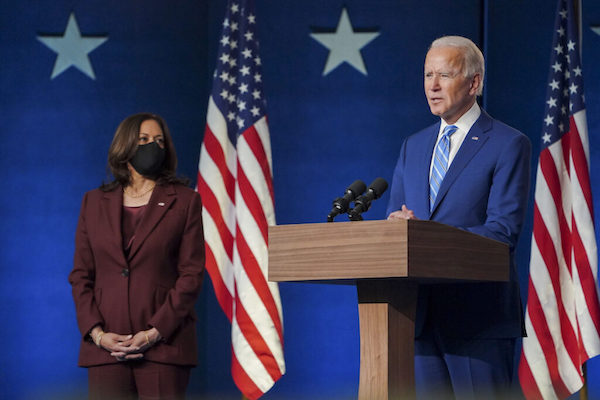 A US travel ban on some majority-Muslim countries has been revoked by new president Joe Biden in a reversal of policy imposed by Donald Trump.

The ending of the Muslim travel restriction was one of more than 15 executive orders signed by Biden within hours of taking office in Washington on Wednesday.

He directed the US State Department to restart visa processing for people from the affected countries and to develop ways to address the harm caused to those who were barred from visiting because of the ban, The New York Times reported.

The restrictions were then widened to cover citizens from 12 countries despite legal challenges.

The order included an “immediate termination” of the national emergency declaration that allowed the Trump administration to redirect billions of dollars to the wall.

United Airlines tweeted in response: “We applaud President Biden’s decision to re-enter the Paris Climate Agreement. United is committed to confronting the climate crisis with direct investments in technologies that will actually decarbonise aviation.”

“President Biden is acutely aware of the economic pain the pandemic has inflicted on our industry and its workforce, and we are encouraged by the administration’s focus on providing additional, direct relief to businesses in the hardest-hit industries,” he said.

“Travel supported one in 10 jobs prior to the pandemic, powering the economy and providing jobs in urban and rural communities alike.

“It is well within reach to return America to the record growth the travel industry experienced prior to the pandemic through national strategies that will revive the American economy, shorten the recovery, and help unite a divided nation as travel is uniquely equipped to do.”