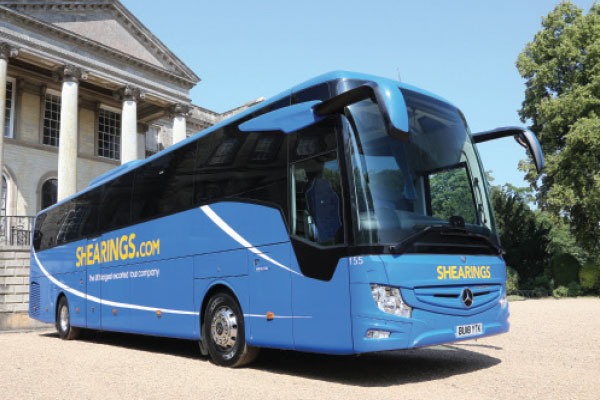 The travel trade will move “entirely” to using trust accounts to provide consumer financial protection, according to a senior figure at Leger Holidays which announced the move of its Shearings’ coach tours brand to trust arrangements last week.

Leger announced the switch in financial protection arrangements for Shearings’ customers from bonding to a ‘gold standard’ trust account.

Of the trust which will handle payments to Shearings, he said: “We’re not taking a penny out of the account before customers return from holiday.”

Leger acquired the Shearings name in June last year after the failure of owner Specialist Leisure Group. It said the new arrangements would protect customers “across the product range, including self-drive breaks and gift vouchers which were not previously covered”.

Announcing the switch, Race said: “The collapse of the company under the former owner left a nasty taste for customers left out of pocket due to some components being uncovered by Bonded Coach Holidays [BCH] bonding. We wanted to reassure them this would never happen again.”

BCH is the protection scheme of the Confederation of Passenger Transport (CPT).

Race explained: “The reason Leger retains Abta bonding is that we were already well down the track with it and switching would have meant re-contacting a lot of clients to explain protection is not with Abta anymore.”

He said the company would “review the best course of action running up to the bonding renewal in September”.

But he added: “It isn’t clear when travel will resume and we may have customers move [bookings] into 2022. Leger would envision moving to a trust over the course of time. A large portion of the industry will move.”

A gold standard trust retains all customer payments until travel.

Most travel industry trusts allow payment of suppliers ahead of travel, most often airlines, with the arrangements supplemented by insurance against the failure of the supplier. However, insolvency insurance does not pay out when holidays are cancelled due to Covid-19.

Shearings does not offer flight packages and only 5%-10% of Leger business includes flights.

Abta declined to comment on the switch to switch of Shearings to trust arrangements by Leger.

But an industry source pointed out Shearings’ business would appear ‘new’ to a bond provider and said: “It’s not a matter of how good a company you are.

“We’re at the bottom of the crisis and the bonding market isn’t there for those trying to do new business. That won’t change until people have clear sight of how we come out of this crisis.”