The first ever direct flights from the UK to Quebec City make outdoor adventures much more accessible, says Cathy Toogood

As I whizz backwards above a forest, strapped into a blue motorised chair, I wonder what I’ve let myself in for. In hindsight, volunteering to go first on a ride I knew little about wasn’t my wisest idea. But, before I have time for regrets, I hear the roar of water. And looking below, I see that I’m dangling over the 1.2 billion-year-old Canyon Sainte-Anne, with its powerful waterfall crashing and swirling beneath my feet.

From the AirCanyon ride I’m on, in Quebec, Canada, I can see the Sainte-Anne-du-Nord River snaking its way through the rocky ravine between pine trees under my feet. At 90 metres in the air, it’s surreal to be above the canyon’s suspension bridges.

While exploring the canyon later by foot, the view from these bridges is equally spectacular. And, as I admire the falls from a lookout near McNicoll Bridge, I’m treated to a double rainbow, shimmering in the tumbling water’s mist. Its cooling spray is welcome in the 30C heat.

Around a 35-minute drive from Quebec City, the 74-metre-high Canyon Sainte-Anne falls are taller than Niagara Falls. And they are just one of many memorable natural draws in Canada’s French-speaking province of Quebec.

Now is the perfect time for clients to discover Quebec’s natural beauty as Air Transat has launched the first direct flight between the UK and Quebec City. Departing Quebec City on Wednesdays and returning from Gatwick on Thursdays, flights take around seven hours on Air Transat’s new, more fuel‑efficient Airbus A321neoLR.

The name Quebec comes from the Algonquin word kébec, meaning “place where the river narrows”, and the St Lawrence River is an important part of life in and around Quebec City. This river backdrop combined with handsome buildings, such as the grand Château Frontenac, makes it particularly striking, and looking around with Cicerone Tours, our guide in period costume, Guy Bertrand, greets us by saying “welcome to the most beautiful city in the world”.

This beauty isn’t limited to Quebec City itself, though, and clients may wish to combine a few days’ sightseeing in Old Quebec and beyond with adventures elsewhere in the gorgeous province. A selling point for many clients may be the whale-watching season in the waters of the St Lawrence between May and October, when cruises run and the majestic beauties can be spotted from the river’s shore.

As part of my tour of the province with Bonjour Québec, I travel by road from Canyon Sainte-Anne to La Malbaie in the Charlevoix region, taking the St Lawrence Route from Baie-Saint-Paul. And, as we drive, I admire mountains still clinging on to their last patches of snow in the blazing sun, spindly pine trees in various shades of green and pretty wood-clad houses with porches to view the river from.

Charlevoix’s memorable rolling landscape was formed 400 million years ago by a meteorite. And an unexpected spot to take in views of the region is from the golf course at Hôtel Fairmont Le Manoir Richelieu, where the G7 summit was held in 2018.

While I’m not a golf enthusiast, learning how to stand and swing on a course with greens that tumble towards the twinkling St Lawrence River is a delight. And there’s a clubhouse with the same view for those who’d rather admire it over coffee.

A taste of local life

A combination of the area’s natural surroundings and local pride means there’s a lot of passion in Quebec’s many hotels and restaurants about using ingredients sourced from the nearby land. Our guide from Tourisme Charlevoix, Amélie Patry-Mayette, says: “There’s an intention in Quebec to buy local. People are getting more conscious about ethics, wanting to preserve traditions and wanting local businesses to stay here.”

One interesting business we visit in Charlevoix is Azulée, where owner Louise Vidricaire grows lavender, herbs, plants and edible flowers in the picturesque grounds of a heritage farmhouse that dates back to 1844. “I’m the flower peddler”, she tells me as we look around. “I have a collection of old herbs that people have forgotten about.”

Louise has a small boutique at the front of her house and sells the goods she makes here in summer, which include lemon lavender cake and tea, infused honey, and soy and lavender candles. When I ask whether she hopes to expand she says “Right now, our struggle is to keep it small. We like what we do.” A similarly passionate artisan is Alexandre Côté, who we meet in his business Hydromel Charlevoix.

You’re not just a number here, it’s a lifestyle

Creating wines and spirits using honey from his beehives Alexandre explains that due to the different areas of Charlevoix his beehives are in, each batch of wine or gin is very different. “We take pride in that,” he says. “People come back to see what the next batch is like.”

With such quality local produce, it’s not surprising that the food on my trip is top notch, from hearty Quebec classics such as poutine to imaginative menus with influences from First Nations culture. And, tucking into a plate of gnocchi stuffed with ricotta in Italian Café Piada in pretty Baie-St-Paul, I ask chef and owner Antonio Russo about his recent move to Charlevoix from Montreal and what the difference is.

“You’re not just a number here, it’s a lifestyle,” he replies. There’s a real sense of care and individuality. And this, I think, as I leave my trip feeling thoroughly reset after exploring so many beautiful landscapes, is a rather appealing way to live.

This minimalist, modern hotel enjoys a beautiful setting between the Charlevoix mountains and the St Lawrence River, close to the pretty city of Baie-Saint-Paul. As well as a Nordic spa and gym, there are animals including Highland cattle, pigs and alpacas in the grounds. Double rooms start from £134.
germainhotels.com

First opened in 1893, clients will love staying at this castle‑like hotel, which is said to be the most-photographed in the world. With a central location, views from the rooms include Old Quebec and the St Lawrence River. Historic interiors are complemented by modern facilities such as a pool, gym and steam room. Standard rooms start at £192.
fairmont.com

In and around the city

❂ Quebec City’s heart is the Unesco-listed Old Quebec, the only North American fortified city north of Mexico. Discover its highlights on a walking tour with Cicerone Tours, or, in winter, explore the city and beyond on a fat bike tour with Tuque & Bicycle.

❂ A key selling point of Quebec City is its easy access to the nature on its fringes. Just a 15-minute drive from Old Quebec, clients can admire the highest waterfall in the province, Montmorency Falls, where there’s a cable car, via ferrata routes and a zipline. Or they can learn about Canada’s indigenous communities on the First Nations Huron‑Wendat reserve in Wendake.

❂ Nearby island, Île d’Orléans, which is reached via a bridge, also provides a taste of the countryside, plus the chance to try local produce such as cassis and cider.

Canadian Affair offers a six‑night Quebec & Charlevoix Short Break from £1,194 based on travel in May 2023. The price includes Air Transat return flights from Gatwick to Quebec City and seven days’ car hire.
canadianaffair.com

New flights, hotels and parks: reasons to visit Canada in 2022
Six of the best reasons to love Canada
The best ways to see Canada’s magnificent scenery from above 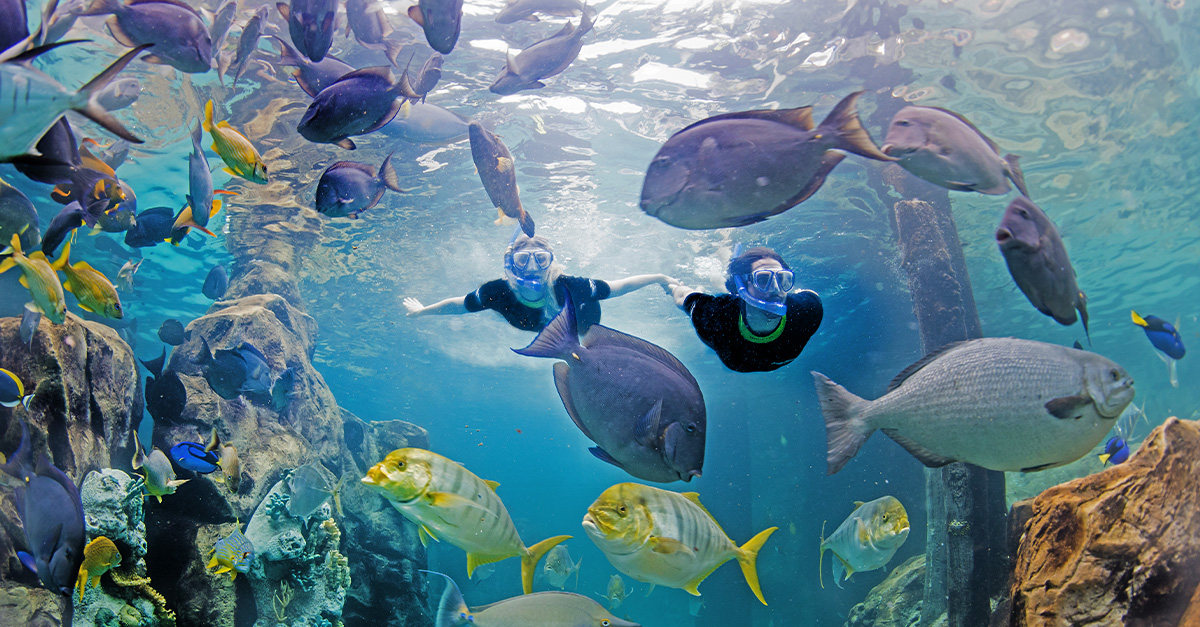 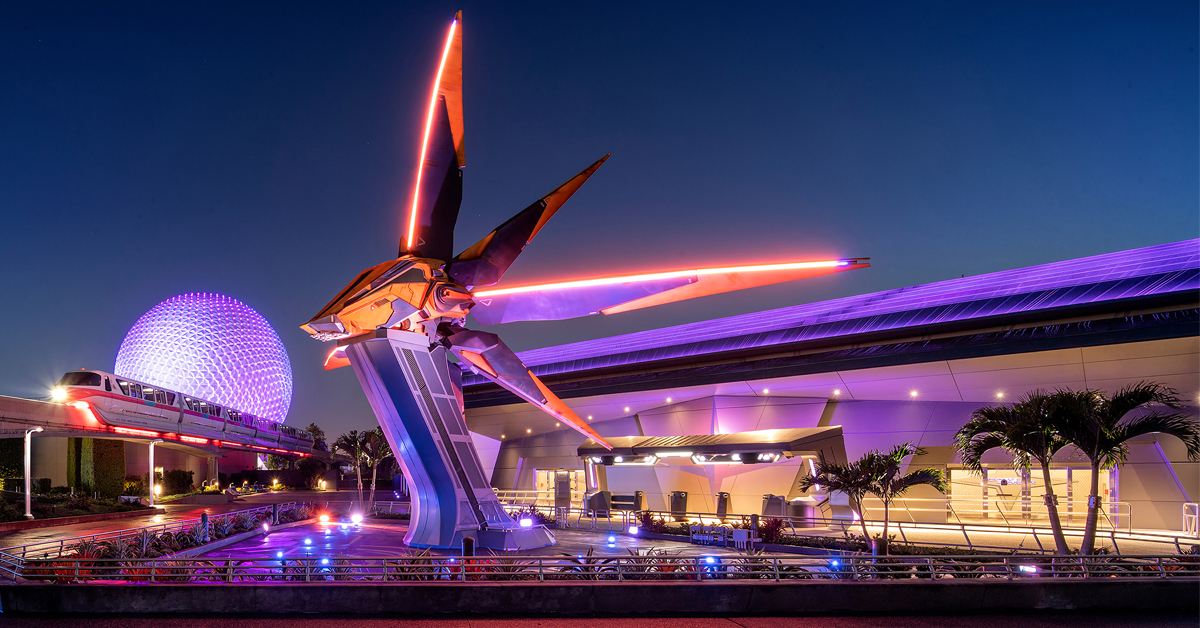