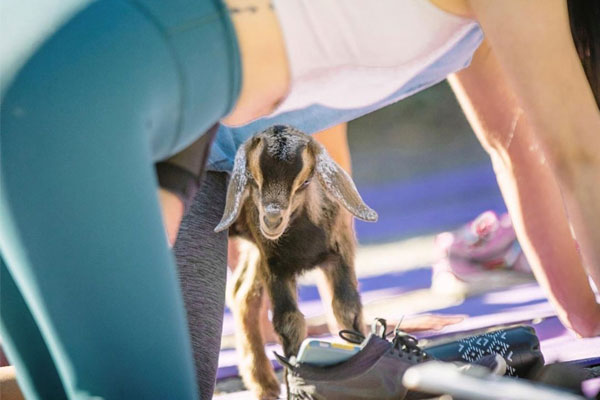 As the birthplace of the hippy movement, California has a reputation for embracing things that are a little left field. It was home to one of the first yoga studios in the US in the 1950s, and now yoga itself has become mainstream, the state has found a way of making it unconventional again – by adding goats.

So here I am, on my hands and knees on a yoga mat with a baby goat standing on my back, nibbling my leggings. And it’s wonderful. Our class involves a lot more cooing and cuddling than actual yoga, but when confronted with a herd of kids less than a fortnight old, you’d need a heart of stone to resist. The result? No standard yoga class has left me feeling more simultaneously thrilled and chilled.

The class is run at Hotel Paradox in Santa Cruz, a laid-back beach town often bypassed as clients on a classic Highway One itinerary zoom straight past on the way to Monterey. My visit – a fam trip pre-pandemic – pairs Santa Cruz with Oakland, the city across the bay from San Francisco, and introduces our agent group to two somewhat overlooked but quintessentially Californian destinations that clients should really slow down and get to know. 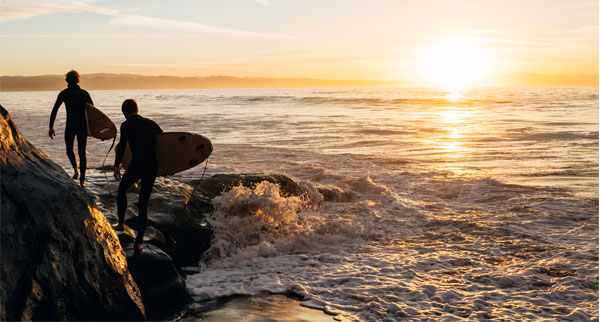 Facing San Francisco across the bay, Oakland is the city’s sunnier sibling, both in terms of weather – the famous fog rarely reaches this far, and it’s usually a couple of degrees warmer – and in temperament.

Although it’s actually bigger, Oakland justifies its nickname – The Town, compared with San Francisco’s The City – with its down-to-earth, neighbourhood feel and a slower, more relaxed pace. Urban green spaces abound, prices are lower than across the bay, and Oakland’s history as a working class, multi-ethnic neighbourhood means its history, cuisine and culture are fascinating and multi-layered.

“Oakland’s history as a working class, multi-ethnic neighbourhood means its history, cuisine and culture are fascinating and multi-layered.”

We discover all three on a Local Food Adventures walking tour, our guide Linda leading us gently around the up-and-coming Grand Lake area, feeding us alternate titbits of food and facts and pointing out the area’s splendid art deco cinema and examples of its thriving street art scene as we chomp on purple yam doughnuts and Cuban tostones. 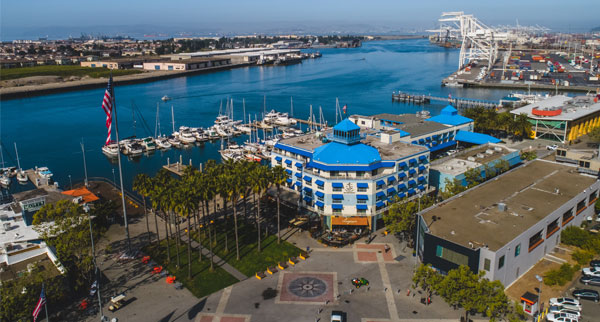 On a visit to the Oakland Museum of California, curator Juliane gives us an alternative perspective on the state’s history exhibition by highlighting the LGBT+ aspects, from ‘two spirit’ Native Americans through to cross-dressers in the Forces during the Second World War. As the sun sets, we head outside to join the Friday Nights event that runs weekly in the grounds. We find live music, local brews and a host of food trucks attracting a joyously diverse and predominantly local crowd, pensioners and pre-schoolers both up on the dance floor together.

“We plunge into forests of California’s famous redwoods, and high on a hill among the tree trunks we find the Chabot Space & Science Center.”

Just beyond the city sprawl, we plunge into forests of California’s famous redwoods, and high on a hill among the tree trunks we find the Chabot Space & Science Center – a must for space geeks of any age. I love peeking through telescopes, holding bits of moon rock and clambering into a space capsule. 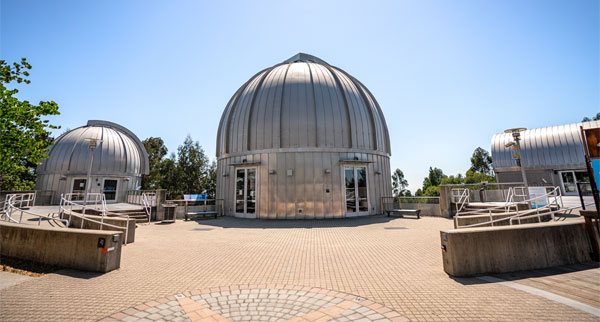 Many travellers’ second stop as they head south from San Francisco is Monterey, which means they miss out on Santa Cruz – and that’s a lot to miss. This versatile county, just south of Silicon Valley and at the north end of Monterey Bay, has a lot to offer.

The town itself is a charmer, centred on a famous Beach Boardwalk with old-fashioned rollercoasters and rides. If it looks familiar, you’ve probably seen it on film, most recently featuring in critically acclaimed horror movie Us.

“We decide to watch rather than join in with the surfers – when you see these giant breakers rolling into the beach, it’s clear this really is one for the experts.”

Beyond the boardwalk, the beach is wide and sandy, and the harbour is home to California’s cutest residents, sea otters. We spot a couple of them reclining among the kelp as we paddle out with Venture Quest Kayaking. Later, we sail out into the swell with Chardonnay Sailing Charters, sipping wine on the deck of the yacht as the sun sets.

Farther along the coast at Pleasure Point, we decide to watch rather than join in with the surfers – when you see these giant breakers rolling into the beach, it’s clear this really is one for the experts. But we don’t hesitate to dive in at the nearby New Bohemia Brewing Company, where owner Dan guides us through his small-batch craft beers. 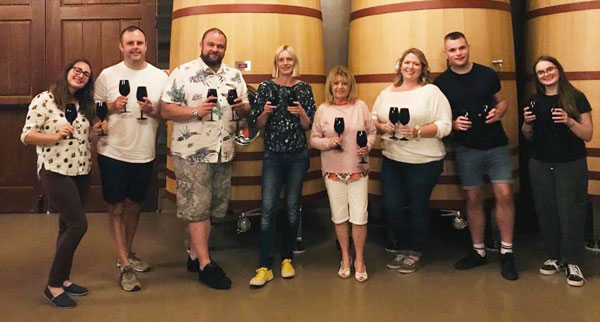 Up in the hills, we move from hops to grapes with a visit to Regale Winery to taste its locally grown pinot noir and chardonnay. With its Renaissance looks, formal gardens and bocce ball court, it’s easy to think you’re in Italy, until you hear the warm Californian accents.

Just a few miles north of town, the Henry Cowell Redwoods State Park is home to a 40-acre grove of old-growth trees. As we walk over the thick carpet of needles among the vast trunks – one so large and hollow we can climb inside it – our guide Lori explains that redwoods are the tallest trees in the world, some of the ones here towering more than 82 metres high.

“With its Renaissance looks, formal gardens and bocce ball court, it’s easy to think you’re in Italy, until you hear the warm Californian accents.”

The Roaring Camp Railroad – a narrow gauge steam locomotive – pulls open carriages through the ancient forest. This state park was created in the 1950s by Samuel Henry Cowell, the eccentric son of a logging magnate, whose desire to conserve the environment was then considered rather…alternative. You can see why he fitted in round here. 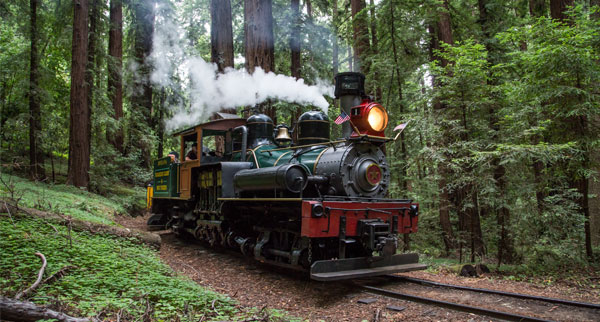 Lucia Campanella, Designer Travel: “In Santa Cruz, families can enjoy rides on the Boardwalk, kayaking in the bay, exploring the redwood forest and travelling on the steam train – plus there are plenty of stunning beaches. It would also be a great alternative to Vegas for hen parties, with wine tasting, a sunset cruise and an evening around the campfire.”

Darren Bailey, Jetset Holidays: “Quirky, edgy and urban cool, Oakland far surpassed my expectations. I’d encourage customers to consider it as an alternative to San Francisco, or to hop over and spend a night on the calmer, more relaxed side of the bay.”

Adam Brinklow, Tropical Sky: “Santa Cruz is a great alternative to Monterey – it’s a classic Californian beach town with impeccable surfing heritage and the iconic Beach Boardwalk where movies from Lost Boys to Us have been filmed. The proximity to Henry Cowell Redwoods State Park means customers can tick off another Californian must-see.” 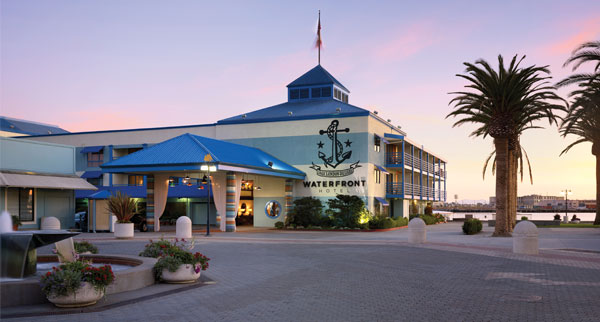 In Oakland, Waterfront Hotel lives up to its name with gorgeous bay views from the rooms, which are decorated in a breezy, nautical style. At the heart of the Jack London neighbourhood, there’s nightlife on the doorstep, while Downtown, Chinatown, Old Oakland and Lake Merritt are all walkable. The ferry from nearby Jack London Square reaches San Francisco in 20 minutes, or the Bart station is 10 blocks away.
jdvhotels.com

In Santa Cruz, what Hotel Paradox lacks in location – it’s a 20-minute walk from the beach – it more than makes up for with bags of character. It’s striking from the get-go: the reception desk is one gigantic tree trunk and the decor is described as ‘urban forest’, a real change from the beach stylings of the rest of the town’s hotel stock. The dramatically lit, monochrome rooms flank the pool area, which has fire pits and an alfresco bar, and as well as goat yoga there’s a host of activities, from surfing and mountain biking to electric skateboard rentals. From $179 per night.
hotelparadox.com 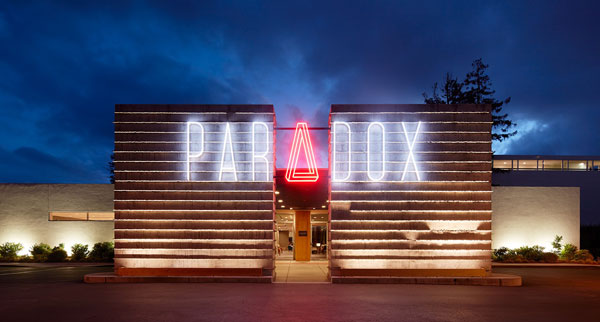 Explore the cultural and culinary highlights of Calgary, Canada
Six of the best attractions in Illinois, the US
Classic self-drive road trips across the US