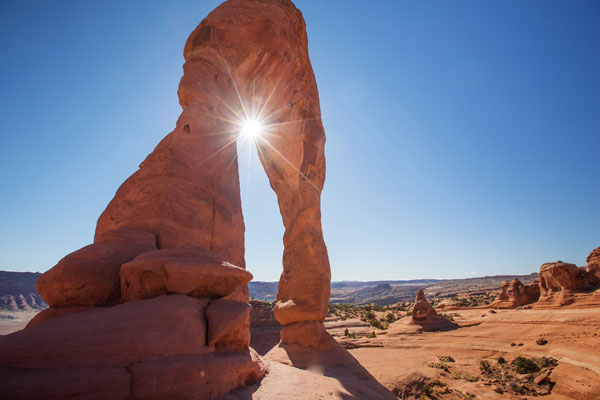 Take to the tracks for a stress-free tour of the States, says Natalie Marsh.

Fly-drives tend to be top of the list when you think about exploring the US, but swap the road for the rails and you could discover parts of the country that those behind the wheel won’t get to see.

The US has the largest rail transport network in the world and its biggest service, Amtrak, celebrates its 50th anniversary this year. Spanning journeys through prairies, along winding coastlines or past rugged mountains, here are some of the best rail holidays across the pond for your customers to hop on board when it’s safe to do so.

1. Roar through the Rockies

Colorado and Utah boast some of the country’s most distinctive scenery, with unique rock formations and colourful arches peppering the landscape. Rocky Mountaineer has launched a two-day trip, The Rockies to the Red Rocks, running from August to November, which starts in Denver, Colorado, and travels via Glenwood Springs to Moab, Utah, the first passenger rail route to do so. “On this new route, guests can expect the complete Rocky Mountaineer experience, including onboard storytelling, premium cuisine and the breathtaking scenery of the southwest US,” says Steve Harris, the operator’s sales director for the EMEA region.

“Colorado and Utah boast some of the country’s most distinctive scenery, with unique rock formations and colourful arches peppering the landscape.”

Book it: The two-night Rockies to the Red Rocks starts from £963 per person, based on two guests sharing. The price includes two breakfasts, one lunch and one night in a hotel.
rockymountaineer.com 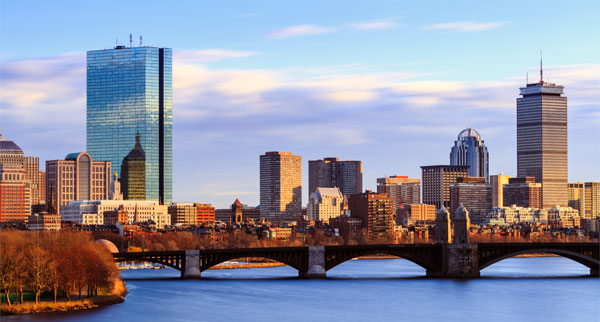 2. Speed through the northeast

Take advantage of the only high-speed route on the Amtrak network and ride the Acela service from New York to Boston. “US rail journeys are hugely popular, but with some of the world’s most iconic cities available just a stone’s throw away from each other, the East Coast is definitely our most-requested,” says Jessie Manzi, reservations manager at USAirtours. Whizzing along the Connecticut coastline and through Rhode Island, the train approaches Boston in just four hours, making it a great alternative to flying.

“With some of the world’s most iconic cities available just a stone’s throw away from each other, the East Coast is definitely our most-requested.”

Book it: USAirtours’ rail holiday from Boston to Washington DC via New York and Philadelphia costs £1,399 per person, based on two adults sharing, departing on September 12, 2022. The price includes flights and eight nights’ accommodation across all four cities.
usairtours.co.uk 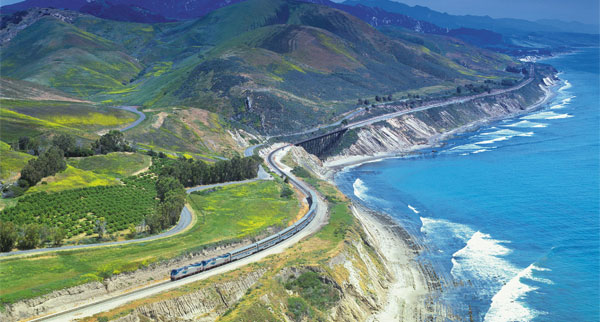 It’s not just sun, sand and sea that the West Coast is known for. Redwood forests, mountain ranges and vineyards grace much of this region and make up many of the views along the two-day Amtrak Coast Starlight route from Seattle to Los Angeles. “It’s a great experience for those wanting to see some of the diversity of the West Coast and cover a long distance in a short period of time,” says Cath Pusey, product director at America As You Like It.

“Redwood forests, mountain ranges and vineyards grace much of this region and make up many of the views along the two-day Amtrak Coast Starlight route.”

Book it: America As You Like It offers a seven-night Coast Starlight: Seattle to Los Angeles holiday from £1,140 per person, based on two travelling between November and mid-December or in January 2022, including flights and accommodation in hotels and in a Superliner Roomette on the train.
americaasyoulikeit.com 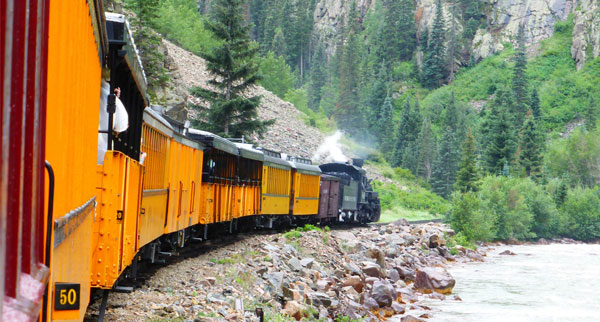 4. Step back in time in Colorado

Trundling through the rugged mountains of Colorado on a steam train is like stepping back in time. The Durango & Silverton Narrow Gauge Railroad, which was once used to transport gold and silver ore, now gives passengers the opportunity to be transported back to the heyday of the Wild West, ending its 44-mile journey in the mining town of Silverton. “This trip includes some of the most famous and scenic railroad journeys in the US, many of which were pioneering lines of the Old West,” says Maria Cook, general manager of rail specialist Ffestiniog Travel.

“This trip includes some of the most famous and scenic railroad journeys in the US, many of which were pioneering lines of the Old West.”

Book it: Ffestiniog Travel’s 11-day The Best of Colorado: Mountains, Trains and a Touch of the Old West, starts from £4,150 per person including flights.
ffestiniogtravel.com 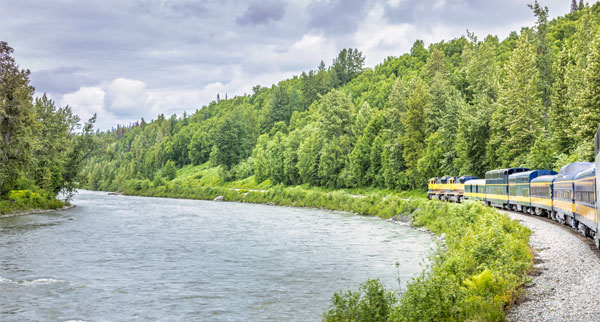 5. Tour the wild terrain of Alaska

Denali National Park’s 9,500 square miles span mountains, glaciers, forests and tundra, and taking it all in from the Alaska Railroad is an unforgettable experience. Suggest GoldStar Service, with its glass-domed ceiling offering even better views. “Train travel in Alaska is focused on the visitors’ experience rather than being a means of getting from A to B quickly,” says Ruby Briggs, managing director of North America Travel Service. “You have more time to take in the amazing scenery you’re travelling through.”

Book it: North America Travel Service offers an eight-night Alaska By Rail tour for £4,575 per person based on two adults sharing, travelling in May 2022. The price includes flights, accommodation and some sightseeing.
northamericatravelservice.co.uk 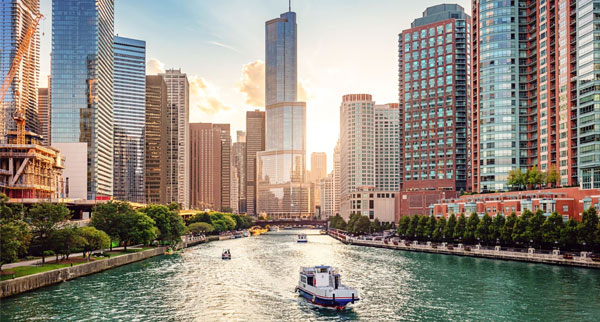 For those looking for an epic cross-country adventure, Railbookers’ Great American Majestic Landscapes holiday is the ultimate trip. From the East Coast to the West Coast, travellers will clock up more than 3,000 miles on the tracks, with two-night stops in both Chicago and Denver and a tour of Napa Valley at the end. “The real highlight is the journey on board the California Zephyr, the Amtrak route from Chicago to San Francisco,” says Anna Davies, sales and marketing manager at Railbookers. “The breathtaking scenery, including the snow-capped Sierra Nevada and Rocky Mountain range, is unforgettable.”

“From the East Coast to the West Coast, travellers will clock up more than 3,000 miles on the tracks, with two-night stops in both Chicago and Denver.” 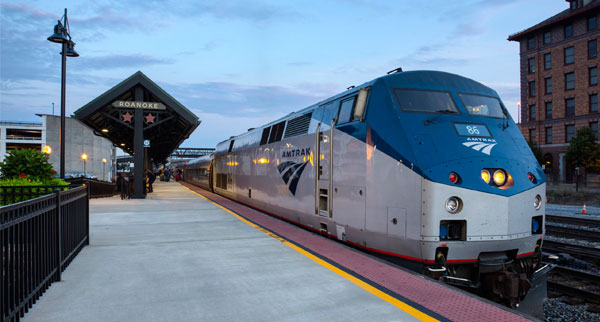 7. Travel out of America’s capital

Washington DC is a great starting point to see some of the most prominent cities in the northeast, with trains heading north to Philadelphia and beyond every hour. But if rural America is calling, head south instead to find yourself among the Blue Ridge Mountains or along the Atlantic Ocean. “Due to the city’s proximity to Maryland and Virginia, Union Station in Washington DC provides great transport links to the region’s coast, rural landscapes, mountains and cities – all within just a few hours,” says Scott Balyo, executive director at Capital Region USA.

“Due to the city’s proximity to Maryland and Virginia, Union Station in Washington DC provides great transport links to the region’s coast.”

Book it: Premier Holidays offers a nine-night Capital Cities and Big Apple by Amtrak trip, from £1,399 per person departing November 21, and including accommodation in Washington DC, Philadelphia and New York
premierholidays.co.uk 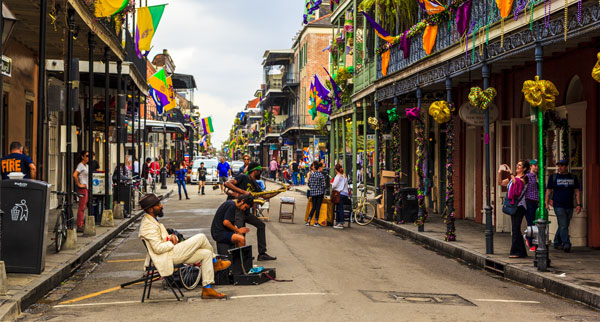 Many genres of American music incorporate tales of the railroads in their songs. Passengers can follow in the footsteps of famous musicians on the train journey between two southern cities: Memphis and New Orleans. The City of New Orleans Amtrak route connects the blues with jazz, passing through Mississippi and Louisiana, arriving in the heart of the Big Easy in time for dinner. “The ride along the edge of Lake Pontchartrain as you approach New Orleans is especially scenic,” says Brian Hawe, product manager at First Class Holidays. “Look out for wildlife like herons and alligators.”

“Passengers can follow in the footsteps of famous musicians on the train journey between two southern cities: Memphis and New Orleans.”

Book it: First Class Holidays’ Memphis and New Orleans by Rail trip costs £1,489 per person, based on two sharing, travelling between January 5 and March 21, 2022, including flights.
fcholidays.com

“Travelling by train across the US combines the thrill of riding the rails with amazing cities, scenic landscapes and spectacular national parks for one-of-a-kind holidays. It’s the perfect way to celebrate a missed special occasion from last year or to have something to look forward to later this year or in 2022, as we can book your customers’ holidays up to two years in advance. With more than 500 Amtrak stations across the country, there is a wide range of destinations to suit everyone. On board, why not suggest your customers upgrade to their own private sleeper accommodation in a roomette or bedroom for more comfort and privacy?”

Get back out on the open road with our pick of the best self-drive holidays
Chill out California-style in Oakland and Santa Cruz
Walla Walla: The best US wine region you’ve never heard of