The spotlight is on Jamaica, after the latest Bond movie No Time to Die was filmed here, writes Nigel Tisdall

All eyes are on Jamaica thanks to the recent release of James Bond film No Time to Die. Not only was the long-awaited instalment filmed in various stunning locations around the island, but Jamaica is also the birthplace of Bond, where British author Ian Fleming first came up with the character.

Yet Bond is not the only cultural icon with ties to Jamaica. If the beautiful landscapes and local character captured in the film are enough to whet your clients’ appetite for the Caribbean, here are some of the many reasons to return. 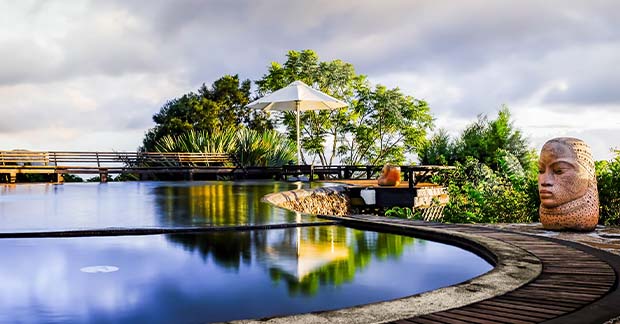 The enduring appeal of Bob Marley and his lilting tunes can’t be underestimated. Forty years after his death, the Jamaican star has more than 66 million Facebook followers and last month a musical devoted to his life, Get Up, Stand Up!, opened in London.

The island’s top sight for music fans is 56 Hope Road in Kingston, where the singer lived and recorded from 1973. It’s a richly atmospheric house with a studio where hits such as Buffalo Soldier were created. Pre-pandemic, the Bob Marley Museum was attracting 50,000 visitors a year; currently, it’s more like 200, so enjoy it while it remains blissfully uncrowded.

To complement the trip, visit Tuff Gong, one of the most famous recording studios in the Caribbean. Here, clients can tour the rehearsal and recording rooms and see how vinyl records are pressed. For somewhere to stay in uptown Kingston, recommend Spanish Court, a contemporary four-star hotel with two pools.

Port Antonio, in the northeast, was the location for the scenes in No Time to Die and exemplifies Jamaica’s astonishing beauty. Sandy coves, lush forests, tremendous waterfalls and a warm sea create an unforgettable paradise that begs to be explored on tours or by hire car.

Ask visitors what they like most about Jamaica and the reply is invariably “the countryside”, meaning the winding roads, colourful houses, mahogany trees and vivid flora that are its soul. Crowning this rural heartland is the Unesco-listed Blue Mountains, which rise to 2,256m.

This see-sawing landscape guarantees exhilarating drives, panoramic vistas and the chance to visit lofty, 200-year-old estates that produce some of the most mellow coffee in the world. Strawberry Hill, a heritage hotel near Irish Town with a view over the twinkling lights of the capital, is a fine base for exploring this area. 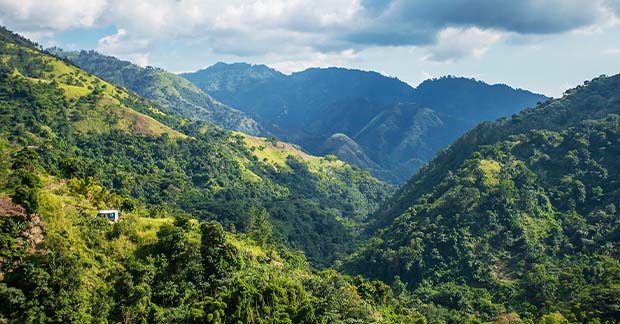 No time to diet

Jerk – chicken, fish or meat rubbed or marinated in spices – is just the beginning. Foodies will find plenty to enjoy in Jamaica, including vegetarians and vegans who are well catered-for thanks to the ubiquity of Rastafarian ital (from the word ‘vital’) cuisine.

Daytime dining experiences worth a trip include ‘sexy vegetarian’ Stush in the Bush, a 40-minute drive inland from Ocho Rios; EITS Cafe near Newcastle in the Blue Mountains, famed for its chicken roasted in an oil barrel; and Devon House I-Scream in Kingston with 27 flavours of ice cream.

On the drinks front, clients will love the fresh coconuts, fruit juices and refreshing Red Stripe lager while top buys to bring home are Appleton’s Kingston 62 rum and spices such as nutmeg and cinnamon.

Jamaica claims to be the birthplace of the luxury all-inclusive resort and its hoteliers have never stopped perfecting this popular concept. Forty years ago this month, the first couples-only Sandals Resorts property opened in Montego Bay and the brand – which now has six sites on the island – is celebrating with a host of ‘1981 Rewind’ events, from retro cocktails to vintage-style T-shirts.

Today, motorised watersports, scuba diving, green fees and unlimited premium liquors are all part of the formula, resulting in a repeat guest rate nearing 50%. Jamaica’s early embrace of winter-sun tourism has also endowed it with characterful heritage properties along the north coast that hit the spot for many upmarket travellers.

These include Jamaica Inn in Ocho Rios, where Marilyn Monroe honeymooned; the sporty Half Moon resort in Montego Bay, with 11 tennis courts and an equestrian centre; and GoldenEye in Oracabessa, where Ian Fleming wrote his 14 Bond novels.

❂ Note that a highly scenic toll motorway linking Ocho Rios and Kingston makes it easy to drive between the north and south coast in around an hour. The transfer should be pre-booked through an operator or accommodation provider. 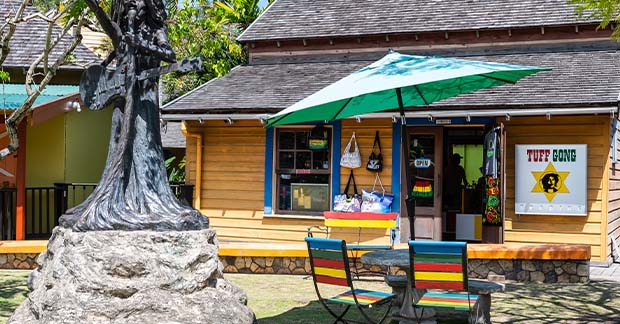 ❂ Most UK travellers fly into Montego Bay then stay in ‘resilient corridors’ along the north and southwest coasts. These coincide with the key tourism areas and have approved accommodation and service suppliers who observe strict Covid-19 protocols. Fully-vaccinated tourists not staying in these corridors will need to quarantine for eight days.

❂ Prior to entry, a negative Covid-19 test (which can be an antigen test), along with a pre-approved travel authorisation, is required. A further test must also be taken before flying home. Fewer than 13% of Jamaicans are fully vaccinated and the government has imposed a nightly curfew from 8pm to 5am that will remain in place until at least December 10.

❂ For the latest travel protocols, including a list of approved accommodation, attractions and transport providers, see visitjamaica.com/travelauthorization 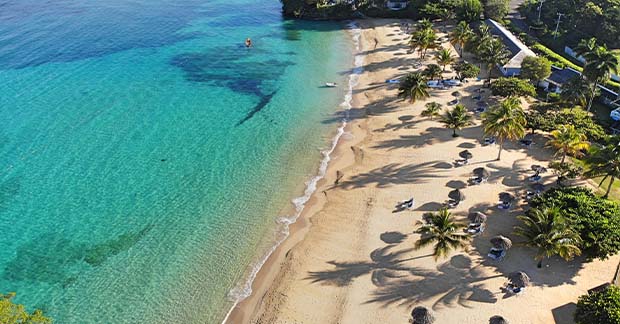 Six of the best last-minute deals in the Caribbean
Q&A: Sandals’ watersports director
Unusual villa stays around the world