Bring English, history and science to life with educational holidays around the world, writes Laura French.

Homeschooling has taught the parents of the world a fair few things – and not just that teachers require the patience of a saint. As mums and dads try to keep their kids engaged by getting a little creative, they’ve found that classrooms aren’t the only way to learn about the world.

With that in mind, we’ve drawn up a list of family-friendly trips that include a little learning along the way – from going to gladiator school in Rome to picking up a new instrument in Mexico, following in Darwin’s footsteps in the Galápagos to stargazing in Tenerife – with the hope of inspiring future bookings for when borders start to reopen.

Pitch up in Pompeii: Europe is one huge, living museum, and there’s no better way to learn about the forces that have shaped its past than by seeing the remnants first-hand.

For a history-filled experience kids are unlikely to forget, suggest a trip to Pompeii to learn about the eruption of Mount Vesuvius during the height of the Roman period, and how the city remained buried beneath the ashes for the following 1,700 years. Exodus Travels combines a visit here with extra learning experiences including a pizza-making class, a paper-making demonstration and a ceramics-painting workshop on its eight-day Amalfi Coast: Pompeii & Pizza Family Holiday, priced from £1,199 per person including accommodation, transport, activities and most meals (flights excluded).
exodus.co.uk

“[The] four-hour gladiator experience teaches kids sword-fighting skills as they dress up in period garb and learn about the Roman era, before taking part in a ‘gladiatorial tournament’.”

Go to gladiator school: For kids wanting to delve deeper into Roman times, nothing beats a visit to the capital itself – and a trip to ‘gladiator school’ to take a step back in time. Several operators offer this as an add-on, among them Abercrombie & Kent, whose four-hour gladiator experience teaches kids sword-fighting skills as they dress up in period garb and learn about the Roman era, before taking part in a ‘gladiatorial tournament’. It can be included on a four-night break from £1,050 per person, based on two adults and two children staying B&B at the Hotel de la Ville in Rome, including transfers and flights.
abercrombiekent.co.uk 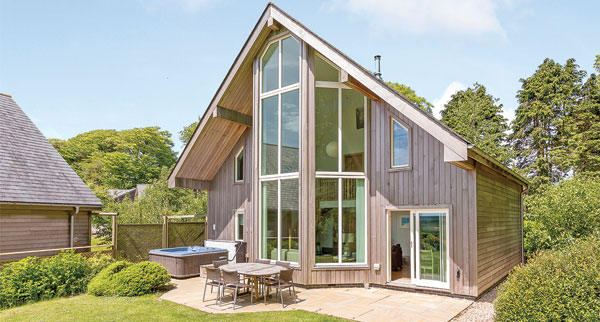 Island-hop in the Galápagos: Learning about Darwin’s theory of evolution from a textbook might not always enthuse – but what if you take the kids to the place where it all began?

Every visit here is educational from start to finish, but for a trip that’s targeted especially at the younger ones, recommend Intrepid Travel’s Galápagos Family Holiday. The eight-day tour visits Santa Cruz, home to the Charles Darwin Research Centre; San Cristóbal, known for its giant tortoises; and the equator line in Quito. Guests young and old will learn about the biological and geological forces that have influenced one of the world’s most biodiverse regions, with plenty of snorkelling, trekking and wildlife spotting along the way.

Prices start from £2,015 per person, including return flights from Quito to Santa Cruz, boat transfers, activities and some meals.
intrepidtravel.com

“Guests will learn about the biological and geological forces that have influenced one of the world’s most biodiverse regions, with plenty of snorkelling, trekking and wildlife spotting.”

Stargaze in Tenerife: If there’s one branch of physics that can’t fail to fascinate kids of every age, it surely must be space – and you don’t have to venture too far to explore it. Teide National Park in Tenerife has garnered a reputation as one of the world’s best spots for stargazing and at its heart is the Teide Observatory, which has been conducting research since the 1960s. Today, guided family tours take guests around it, with an interactive workshop, a chance to glimpse solar flares and the opportunity to see the inner workings of a nocturnal telescope among the activities (€21 for adults; free for under-16s).
volcanoteide.com

Malta has created a virtual underwater museum to teach kids and parents alike about its sunken sites – from a Phoenician ship to WW2 aircraft – using 3D models and virtual reality. Dive in at underwatermalta.org. 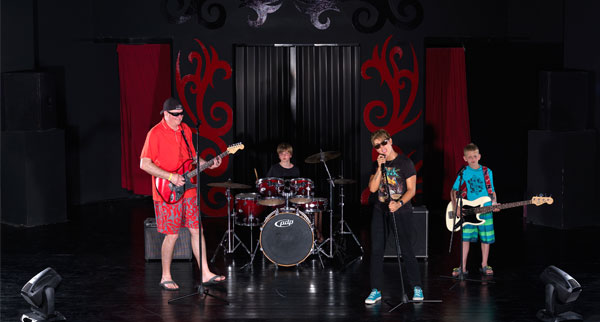 Learn an instrument: If school music lessons or Zoom tutorials back in Blighty aren’t inspiring the kids, there’s only one thing for it – a trip to one of Hard Rock Hotels’ Music Labs, where guests can learn an instrument, be the lead singer in a rock band and get stage coaching from a ‘rock specialist’, before performing in a live concert. It’s offered at all of the brand’s properties in Mexico and the Dominican Republic, and the Riviera Maya outpost adds DJ equipment into the mix. Caribtours offers seven nights’ all-inclusive at the latter from £2,319 per adult and £659 per child, including resort credit, private transfers and flights on August 10.
caribtours.co.uk

“At Hard Rock Hotels’ Music Labs guests can learn an instrument, be the lead singer in a rock band and get stage coaching from a ‘rock specialist’, before performing in a live concert.” 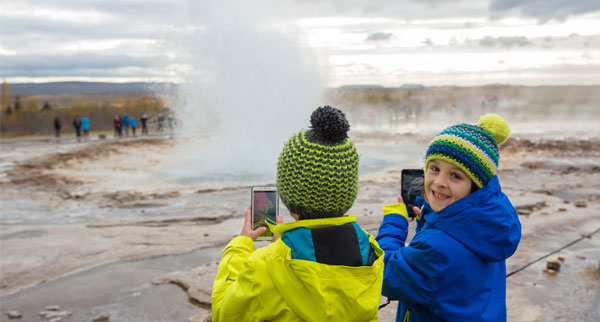 Feel inspired in Iceland: Everyone loves a field trip, and geography lessons don’t get much more interactive than watching geysers spluttering away or witnessing the lava landscapes, luminescent glaciers and bubbling mud pools that abound in Iceland.

G Adventures has a National Geographic Iceland Family Journey trip taking in the best of it – from the isle of Heimaey, buried in lava from an eruption in 1973, to Thingvellir National Park, set on a fault line between two tectonic plates. Other highlights include visits to an Icelandic farm, a bakery that uses geothermal energy to bake bread in the hot black sand below and a tour of one of the country’s longest lava tunnels formed by an eruption long ago. The eight-day tour costs from £2,999 including accommodation, guide, transport and some meals.
gadventures.com

Make the coast your classroom: Geography meets palaeontology on Dorset’s Unesco-listed Jurassic Coast, showcasing 185 million years of geological history and serving as a near-perfect example of the cliffs, arches, stacks and stumps formula taught at schools. Standout spots include the Lyme Regis Museum, a shrine to the region’s geological, historical and literary heritage; and the Dinosaurland Fossil Museum, home to 2,000 fossils. For an ideal base from which to explore the highlights, suggest Hoseasons’ Swandown Lodges, a collection of luxury lodges located a 25-minute drive from Lyme Regis. Three nights costs from £772 for a family of four.
hoseasons.co.uk 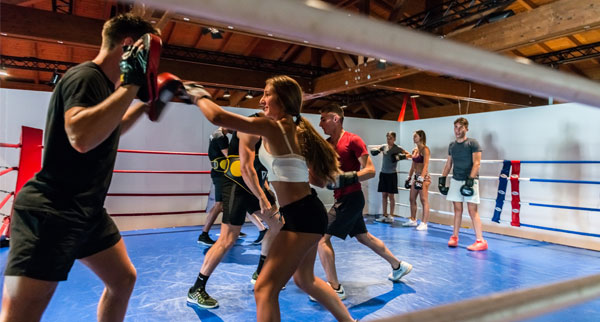 Learn a new sport: For a PE lesson beyond the bounds of the school football pitch – and way beyond a Joe Wicks home workout – families aren’t short on options, but Sardinia’s Forte Village stands out for its range of activities. Summer academies span tennis, swimming, netball, football, rowing, cycling, dancing, boxing and beyond, alongside a brand-new chess academy led by former Russian world champion Anatoly Karpov, running from July 1 to August 30.

A family room at the Bougainville hotel starts at €1,395 per night, based on four sharing half-board. A five-day swimming academy costs from €285 per child, with 90-minute lessons each day from Monday to Friday.
fortevillageresort.com

“The resort is offering two football coaching courses, one led by ex-Tottenham player Robbie Keane, the other by former West Ham and Fulham striker Bobby Zamora.”

Train with famous footballers: If sprinkling in a celeb name or two sways clients to book, look to Ikos Andalusia, a luxury all-inclusive set to open on April 1 near Marbella. This year, the resort is offering two football coaching courses led by former Premier League stars: one by ex-Tottenham player Robbie Keane (April 12-16), the other by former West Ham and Fulham striker Bobby Zamora (July 26‑30). The courses are open to youngsters aged five to 15, with 10 hours of coaching across five days, and a personalised kit and medal to take home at the end.

Seven nights’ all-inclusive in April costs from £2,930, based on two adults and one child sharing a Superior Double Room Pool View, including the five‑day football course and British Airways flights.
footballescapes.com 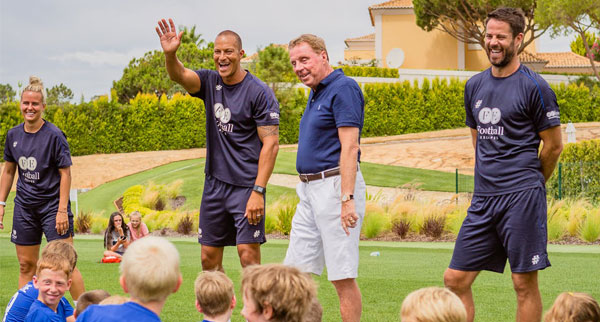 Three of the best literary breaks

For parents hoping to inspire a bit of bookishness in the brood, try one of these for size.

Stratford-upon-Avon: From visiting Shakespeare’s birthplace to watching a performance at the Royal Shakespeare Company, any student of the Bard should put this enchanting town on their list. Recommend Hotel Indigo for an atmospheric base, with rooms inspired by the playwright. Rates from £109 for B&B.
stratford.hotelindigo.com

“From visiting Shakespeare’s birthplace to watching a performance at the Royal Shakespeare Company, any student of the Bard should put this enchanting town on their list.”

Lake District: The Lakes have long inspired writers, and families will find plenty of literary attractions. HF Holidays has a three-night Southern Lake District Discovery Tour taking guests in the footsteps of its most famous creatives, with visits to Beatrix Potter’s home at Hill Top, William Wordsworth’s home at Grasmere and plenty beyond.
hfholidays.co.uk

Aylesbury: Direct Roald Dahl fans to this Buckinghamshire town to explore its interactive Children’s Gallery, where kids can immerse themselves in the legendary books, whether riding Charlie’s Great Glass Elevator or seeing The Twits’ upside-down room. Ffestiniog Travel combines it with the Roald Dahl Museum in Great Missenden, and Beaconsfield, where Enid Blyton wrote the Noddy books. The three-day self-drive costs from £370 for a family of four ffestiniog
travel.com