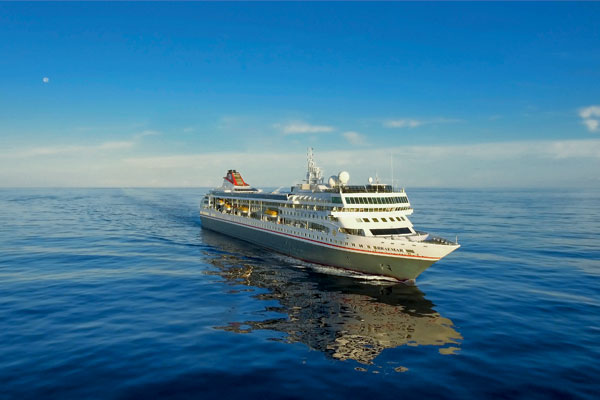 Sell ahead for 2022 and 2023 with our pick of the best new cruise itineraries. Laura French reports.

Cruises might have been on pause for the past year, but with hopes of a domestic cruise restart in May, prospects for a wider‑ranging recovery are starting to look up.

The appetite is there. Oceania Cruises reported its best-ever day of bookings when its 2022-23 programme went on sale on March 3, and it’s not the only line reporting strong demand.

So where and what can you sell to clients wanting to make up for lost time? We’ve rounded up some of the standout new itineraries launching in 2022 and 2023 to give you a head start on sales.

What: Baja California and the Sea of Cortez

Why: Dubbed the ‘aquarium of the world’, the Unesco‑listed Sea of Cortez, lying off the coast of Mexico, is one of the world’s most extraordinary wildlife spots. More than 900 species frequent its waters, including sharks, whales, dolphins, turtles and sea lions, while blue-footed boobies, red-billed tropicbirds and ospreys call its 244 islands home.

“Dubbed the ‘aquarium of the world’, the Unesco‑listed Sea of Cortez, lying off the coast of Mexico, is one of the world’s most extraordinary wildlife spots.”

Aurora Expeditions’ new ship, Sylvia Earle, due to launch in November, will be off to explore these waters in May 2022 on a special journey joined by Dr Sylvia Earle herself. The renowned marine biologist will give a series of talks on all things conservation and climate change. There’ll also be a host of other adventures on land and at sea – from hiking the Gulf’s islands and barbecuing in the desert to kayaking the coastline and diving through undersea canyons – on this nine-day voyage like no other. 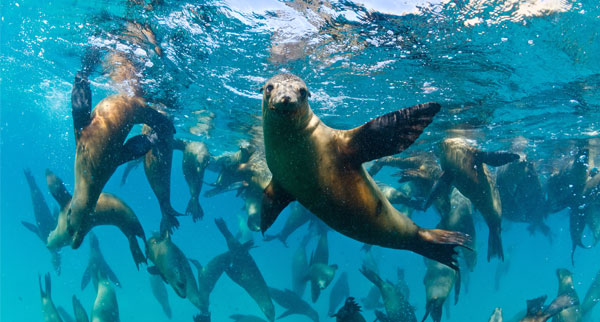 What: Hawaii, Tahiti and the Marquesas

Why: If clients have long dreamed of sailing the vast, cerulean waters of the Pacific, now’s the time to finally make it happen. Holland America’s new, epic 35 day voyage takes in the best of the ocean’s far-flung islands, including Honolulu, Kiritimati (a habitat for up to six million birds), Bora Bora and Papeete, plus a slew of rarely visited Polynesian spots including the legendary Marquesas.

Diving, canoeing, 4×4 drives, visits to local farms and snorkelling with blacktip sharks are among the activities guests can expect as they hop between volcanic landscapes and shores plucked straight from paradise, crossing the equator and the International Date Line on a journey to remember.

Book it: From £4,090 for an Inside Cabin, departing round-trip from San Diego on February 18, 2023 (cruise-only).
hollandamerica.com 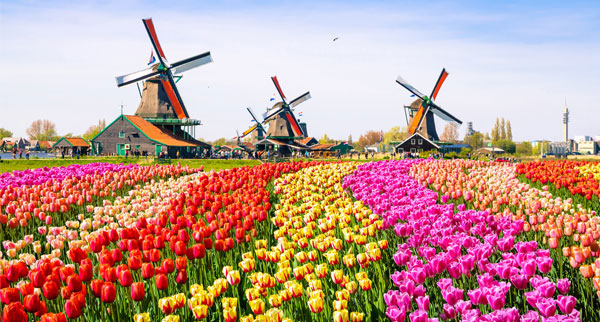 What: Floriade and the Delights of the Dutch Waterways

Why: Closer to home, there’s plenty more to get excited about – not least Floriade, the once-a-decade horticultural expo taking place next April to October in the Netherlands. Titan Travel is running a special eight‑day cruise to coincide with the start of this flower fiesta, taking guests to check out its vibrant displays, horticultural workshops and sustainability talks before heading on to Amsterdam, Hoorn, Rotterdam and Arnhem to get beneath the skin of this oft-underrated country.

Book it: From £1,499, including VIP door-to-door travel service with Eurotunnel or ferry crossings, departing April 13, 2022.
titanagents.co.uk

Celebrity Cruises will reveal recently renovated Celebrity Silhouette on a host of Europe sailings from Southampton from April 2022, while Celebrity Apex makes its debut in the Med this summer. 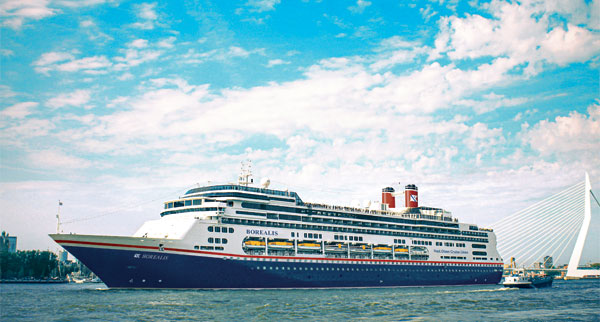 What: Around the World in 80 Days

Why: Lines have reported off-the-scale demand for round-the-world itineraries – Oceania Cruises’ 180‑day sailing sold out in less than a day when it went on sale in January – showing just how much appetite there is for big-ticket adventures. Fred Olsen is among those running world voyages in 2023; its 80-day trip on board Borealis is designed to coincide with the 150th anniversary of the publication of Jules Verne’s iconic book and will take inspiration from Phileas Fogg’s journey through Egypt, India, Hong Kong, Japan and San Francisco. Other key stops include Lisbon, Singapore, Vietnam, Shanghai,

“Lines have reported off-the-scale demand for round-the-world itineraries – Oceania Cruises’ 180‑day sailing sold out in less than a day when it went on sale.”

Hawaii, Mexico, Costa Rica, Colombia and St Kitts, with a call at Egyptian port town Safaga to mark the 100th anniversary of the reopening of Tutankhamun’s tomb, and a stop in Japan to take in cherry blossom season.

Book it: From £9,999 round-trip from Southampton, departing February 23, 2023.
fredolsencruises.com 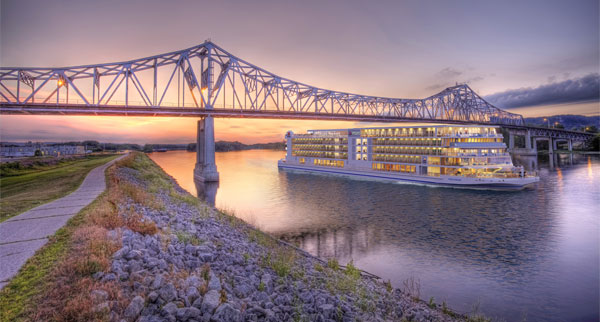 Why: Viking is making its Mississippi debut in 2022 with a brand-new ship (aptly named Viking Mississippi), offering a series of itineraries. They include an eight day Mississippi Holiday Season sailing from New Orleans to Memphis in December, to coincide with the Christmas festivities; and an eight-day America’s Heartland voyage taking in the Upper Mississippi from Missouri to Minnesota in 2023. But the standout has to be America’s Great River, a 15-day trip that combines both sections with all the cultural gems you’d expect of this legendary region, including a tour of Elvis’s Graceland, a visit to the famous Sun Studio in Memphis, a chef-hosted lunch in Natchez and a Cajun music and dance performance in the heritage-filled Louisiana capital, Baton Rouge.

“Viking is making its Mississippi debut in 2022 with a brand-new ship (aptly named Viking Mississippi), offering a series of itineraries.”

Silversea Cruises has extended its offer of £150 bonus commission on all bookings made by April 30, for cruises between October 1 and June 30, 2022 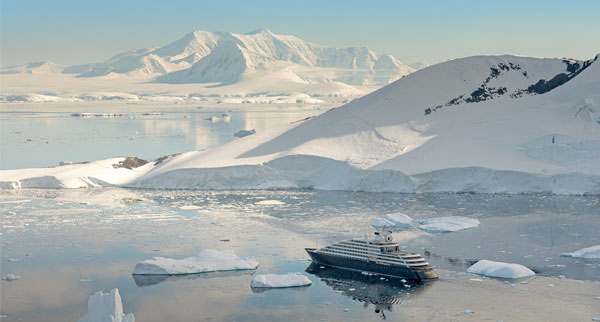 What: Into the Weddell Sea

Why: For those who’ve long had Antarctica on their bucket list, suggest this new voyage on Scenic Eclipse. The 19-day journey heads to the Antarctic Peninsula via the rarely visited Weddell Sea, where hardy Weddell seals, Adélie penguins and humpback whales live among luminescent floes and giant icebergs. Guests will spend five days exploring this remote, other-worldly region, with daily Zodiac excursions and kayaking trips, plus the chance to visit a working science base and climb to the rim of a volcanic crater. Those feeling extra-adventurous can head out on a heli-skiing trip with the ship’s onboard helicopter, or roam the waters in the line’s submarine, Scenic Neptune, to explore this extraordinary region from a rarely seen perspective.

“Those feeling extra-adventurous can head out on a heli-skiing trip with the ship’s onboard helicopter, or roam the waters in the line’s submarine.”

Book it: From £14,785, departing December 19, 2022, round-trip from Buenos Aires and including domestic flights and one night’s hotel accommodation.
scenic.co.uk

Why: This adult-only line has already got itself a name for its flashy, party-loving vibe and upcoming ship Resilient Lady looks set to follow the trend, with two Europe itineraries from Piraeus (Athens) in 2022. Among them is this week-long cruise visiting Kotor in Montenegro, Corfu, Kefalonia and Dubrovnik, from where the ship will depart at 2am so passengers can let their hair down in this nightlife filled city, following a day’s sightseeing.

“The adult-only line has already got itself a name for its flashy, party-loving vibe and upcoming ship Resilient Lady looks set to follow the trend.”

What: Rhine in Flames & St Goar

Why: Every year between May and September, an explosion of fireworks turns the Rhine Valley into a kaleidoscope of colour, moving between locations as the months pass. A-Rosa is running a cruise next year to coincide with its appearance in the castle-topped town of St Goar, giving guests a chance to join a flotilla of ships and take in the music and light-filled extravaganza from atop a breezy sundeck. Other ports of call include Cologne, Koblenz, Speyer, Strasbourg and Boppard, with all the medieval castles, baroque palaces and rolling vineyards you’d expect in this enchanting region.

Book it: From £1,361 on a premium all-inclusive basis (cruise-only).
arosa-cruises.co.uk 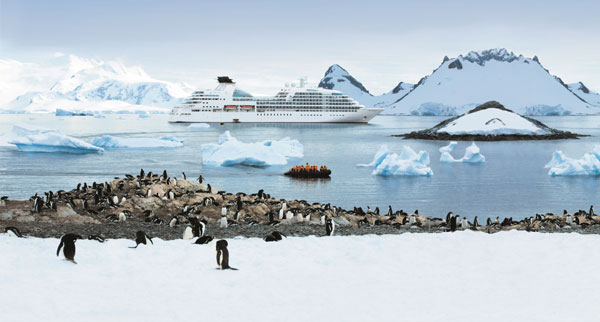 Norwegian Cruise Line’s Norwegian Dawn will homeport in Southampton in 2023, with new ex-UK sailings including a 10-day cruise around the British Isles. Other new cruises include a 14-day transatlantic journey from New York to Southampton on April 20, 2023, and a voyage around the Baltics from June to August.

Seabourn has launched two world cruises departing in January 2023. Extraordinary Discoveries will take in Australia, Papua New Guinea, South Africa, the South Pacific and more (from £49,999); while Grand Voyage will sail through Latin America, Antarctica, the Falklands, the Caribbean and beyond (from £32,999).

“Cunard is running two Centenary World Voyages in 2023 to celebrate 100 years since it launched its first two pioneering world cruises.”

Royal Caribbean’s Grandeur of the Seas will be based in Barbados next year, with new itineraries including a Southern Caribbean Adventure via Grenada, Bonaire, Curacao, Aruba and Trinidad, priced from £449; and a six-night Western Caribbean cruise including the line’s private island, CocoCay, from £769.

Cunard is running two Centenary World Voyages in 2023 to celebrate 100 years since it launched its first two pioneering world cruises. The 102-night and 101-night voyages, on Queen Mary 2 and Queen Victoria, will mirror the original ports of call.

Cruise ports we can’t wait to get back to
Ask the experts: How to attract cruise customers in a pandemic
The most hotly anticipated expedition ships launching in 2021