The Giant’s Causeway isn’t the only thing worth seeing on a trip to Northern Ireland’s coast, finds Emma Winton

Setting off on a long weekend exploring the Causeway Coastal Route, I knew there would be some dramatic scenery in store. But there could be no better taster for what was to come than starting at The Gobbins, a cliff walk made up of paths and bridges that hug the side of the sheer basalt cliff face.

Created by Berkeley Deane Wise, the network of paths first opened to the public in 1902, and was an instant success. It boosted tourism in Northern Ireland and drew thousands of visitors, but had to close during the Second World War and didn’t reopen again until 2016.

The entrance to The Gobbins is just as it was back in 1902 – an oval-shaped hole bored in the basalt rock, nicknamed Wise’s Eye. From there you clamber along two miles of narrow cliff paths, steep steps, 15 bridges and six raised walkways clinging to the side of the cliff, plus a 22-metre-long tunnel with a section that runs below sea level.

The entrance to The Gobbins is just as it was back in 1902 – an oval-shaped hole bored in the basalt rock, nicknamed Wise’s Eye

Our enthusiastic guide, Gerald, brimming with knowledge of the area’s history and wildlife, pointed out parts of the original bridges. These have all been replaced with modern steel structures, but the design remains the same as Wise’s, with engineers having built replicas of the unusual Tubular Bridge and the suspension bridge to retain some of its original charm. 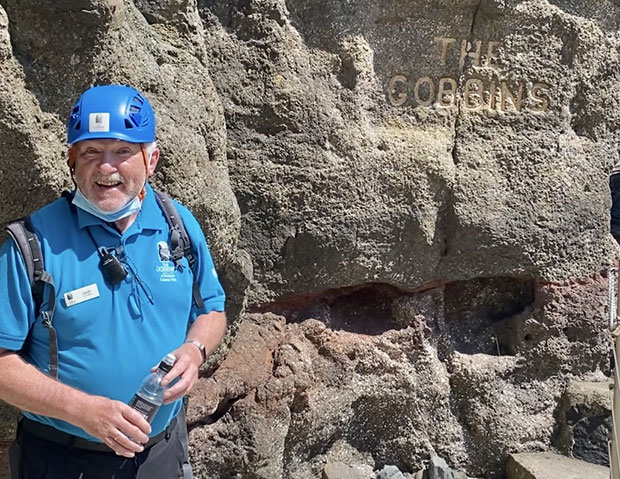 It’s only accessible on a guided tour, which has to be pre-booked, and is currently running at a reduced capacity of 10 to allow for social distancing.

The cliff is also home to an abundance of flora and fauna, including native sea birds such as guillemots, cormorants and kittiwakes, and the only mainland colony of puffins in Northern Ireland. If you’re lucky, you can also catch a glimpse of dolphins in the sea and seals lazing on the rocks.

The next couple of days saw us driving the main road along the Causeway Coastal Route – although it was hard not to stop every two minutes as turning each corner revealed a view even more dramatic than the last.

The most famous attraction is the Giant’s Causeway, but there are other places to explore en route, including ancient castles, small villages, famous viewing points and beautiful beaches.

Requiring a slight – but worthwhile – detour are the Dark Hedges, used as The Kingsroad in Game of Thrones

Whiterocks Beach is a particular favourite among locals. We were lucky to go on a warm, sunny day and it was busy with surfers, kayakers and horse-riders galloping along the sand. It’s also a popular walking route, with limestone cliffs that stretch from Curran Strand to Dunluce Castle. Over many years, the waves have carved caves and arches into the cliffs, including the aptly named Elephant Rock and Lion’s Paw.

Requiring a slight – but worthwhile – detour are the Dark Hedges. They came to international fame when they were used as The Kingsroad in Game of Thrones. They are believed to have been planted in 1775 by the Stuart family, and create an atmospheric entrance to Gracehill House mansion.

Another filming location used for aerial scenes in the hit show is Torr Head, the closest point to Scotland from Northern Ireland. With very narrow and steep roads, it’s a bit of a hairy drive, but after a climb to the top you are rewarded with spectacular views of the Mull of Kintyre. 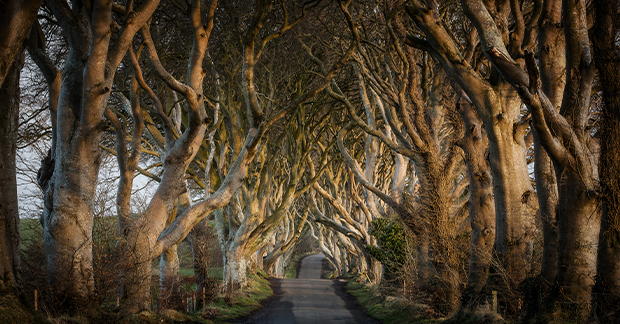 Driving isn’t the only way to explore the area. For those who are after a bit of exercise, Active Adventures NI puts on paddleboarding and kayaking excursions.

Our two-hour kayaking tour started at Ballintoy Harbour (another chance for Game of Thrones fans to see a key filming location) and took us to Carrick-a Rede Rope Bridge. This much-photographed landmark is suspended almost 30 metres above sea level, and was first erected by salmon fishermen 250 years ago. Due to social distancing requirements, the bridge is currently closed, so being on the water is a great alternative to get up close to it.

A word of warning though – the excursion was a reminder of how quickly the British weather can change. Starting with bright blue skies, by the end I was battling with rain and wind, seasickness and choppy waves crashing against the rocks on our way back to shore. Looking back, that was all part of the experience. After all, I was in Northern Ireland – I couldn’t expect the sun to shine all the time! 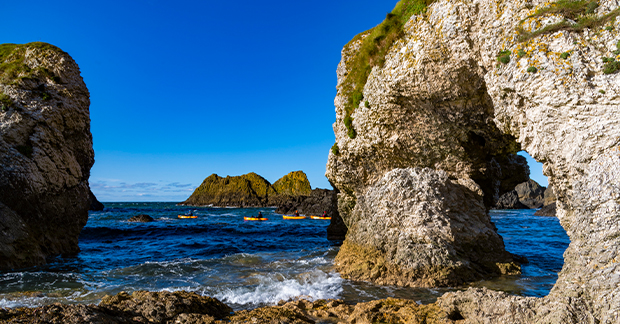 For those who would rather stay on land, head to Shean’s Horse Farm to have a go at horse riding. As a total beginner, I was a little nervous about trekking through the heather-clad hills of North Antrim, but I needn’t have worried. The staff are fantastic and the horses are used to slightly anxious customers. The trainers even had me learning the rising trot in the arena afterwards.

The farm offers experiences for all levels of riding, including off-road hacks, full-day rides and for novices like me, a two-and-a-half-hour afternoon tea trek. Grace, our guide for the morning, was very reassuring and soon after starting our climb, my nerves started to disappear. Not that I needed to do much other than marvel at the views as my horse, Dexter, obediently followed the group without a fuss.

At the top we were treated to afternoon tea in a secluded mountainside cabin (and for Dexter, a couple of well-deserved strawberries) to enjoy the beautiful surroundings. On a good day you can take in panoramic views across five counties.

Soaking in the scenery in the beautiful Antrim Hills was enough to make me realise how much the UK really does have to offer. While I can’t wait to get out and see the world again, for now I’ll carry on exploring the beautiful places nearer to home that I’d once taken for granted. 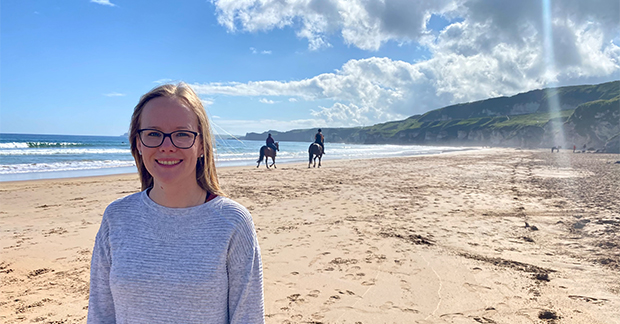 Tried and tested – The Salthouse Hotel

The Salthouse Hotel is set in its own private grounds in the Antrim countryside, overlooking Ballycastle and about an hour’s drive from Belfast. It’s a great base from which to explore the Causeway Coastal Route, and a relaxing place to unwind after a busy day of sightseeing. Opened in July 2019, the hotel has sustainability at its core, with a wind turbine on site, electric car chargers and no single-use plastics. Its 24 bedrooms and suites offer comfy beds and walk-in showers, but the restaurant has the real wow factor here, with stunning ocean views. The food is delicious, and the menu makes use of the finest locally sourced ingredients. I recommend the Irish lamb or trio of pork, and the dark chocolate and salted caramel pavé was one of the best desserts I’ve had in a long time. The hotel also features a spa with a steam room, three treatment rooms, two outdoor hot tubs and two seaweed baths. 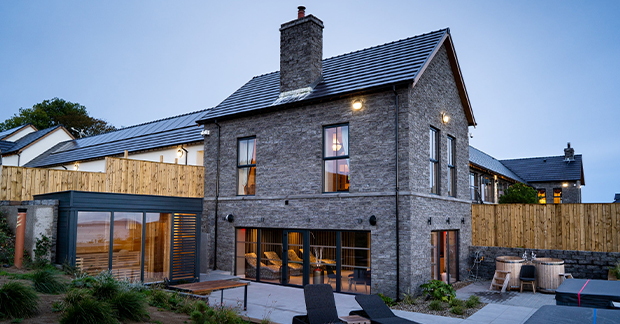 Three of the best castles

This now-ruined medieval castle, located on a basalt outcrop, is one of the most picturesque in Northern Ireland. It became a tourist hotspot after featuring in Game of Thrones, doubling as Pyke Castle of House Greyjoy. 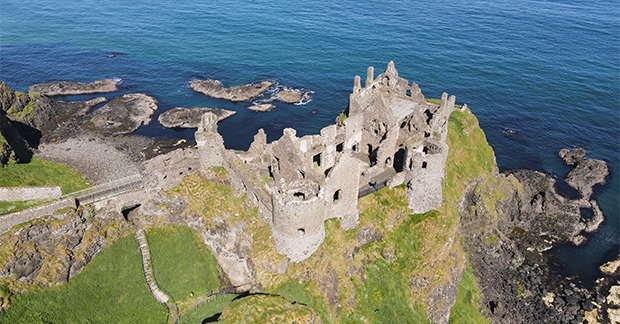 The castle was built in 1547, but not much of it remains. It is well worth a visit for the scenery alone, though, and is accessible via a narrow and stepped path, with views of Rathlin Island from the top. 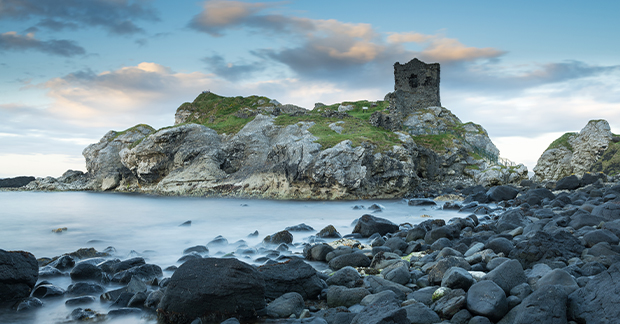 The real attraction here is the Walled Gardens, dating from the 18th century. Open to the public between May and September, it displays water features along with colourful and immaculately presented displays of flowers and hedges. 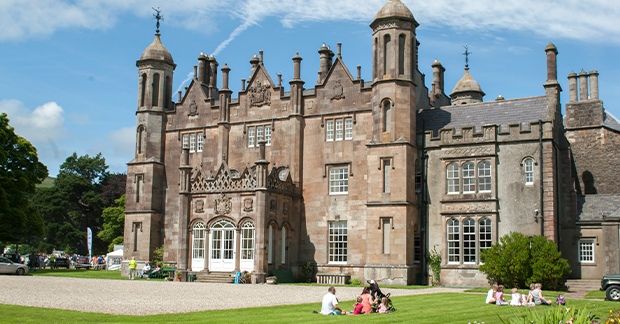 Osprey Holidays offers three nights in a Signature Double Room at The Salthouse Hotel in Ballycastle, with breakfast each morning and flights from Gatwick, from £549 per person, departing November 26. ospreyholidays.com

McKinlay Kidd can arrange a five-night, two-centre break to Belfast and the Causeway Coast from £775 (based on travel between now and September). This includes five nights’ B&B accommodation, return taxi transfers to the hotels, a black taxi tour of Belfast and a half-day private tour of the Causeway Coast. mckinlaykidd.com

UK hotels, attractions and tours: What’s the latest?
Experience a wilder side of Northern Ireland along the Ards Peninsula
The best active breaks across the UK