The return to the skies this year has come up against staffing shortages at airports and airlines, leading to flight delays and cancellations for many holidaymakers across the world. A YouGov poll conducted in the US reveals that two in five (39%) recent air travellers say they experienced a delay or cancellation this year.

The air travel situation in the UK appears to be even more serious; a separate poll from YouGov shows that among Brits who travelled recently by air, one in two (50%) say they faced a flight delay or outright cancellation. 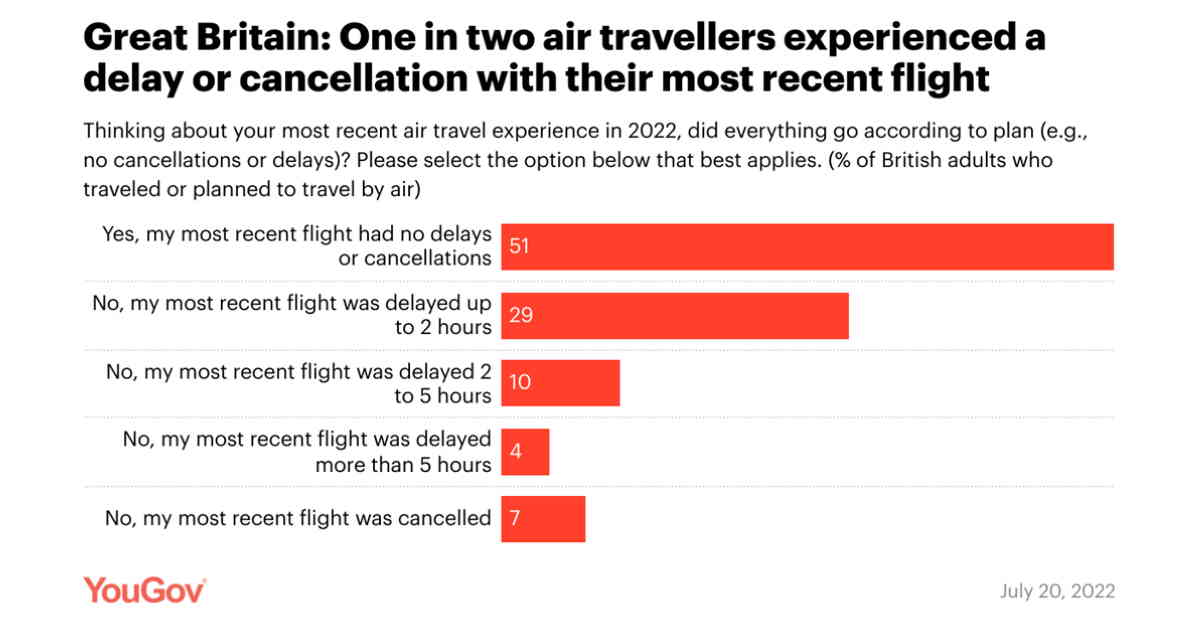 Flight delays varied in length, with the data indicating that 59% of air travellers whose flight was delayed or cancelled waited up to two hours. A fifth (20%) of the same audience faced a delay of between two to five hours and 8% were delayed for more than five hours.

The poll also found that one in eight (13%) British travellers who experienced delay or cancellation had their flights cancelled outright.

How do delays and cancellations impact future travel?

But while travel intent certainly seems to be surging, recent news of delays and cancellations could have an impact on travel optimism, especially as it relates to travellers being able to reach their holiday destination.

We asked British consumers who plan to travel between July and the end of the year how confident they are that they would be able to reach their destination without any significant delays or cancellations and the figures suggest a fair amount of pessimism. 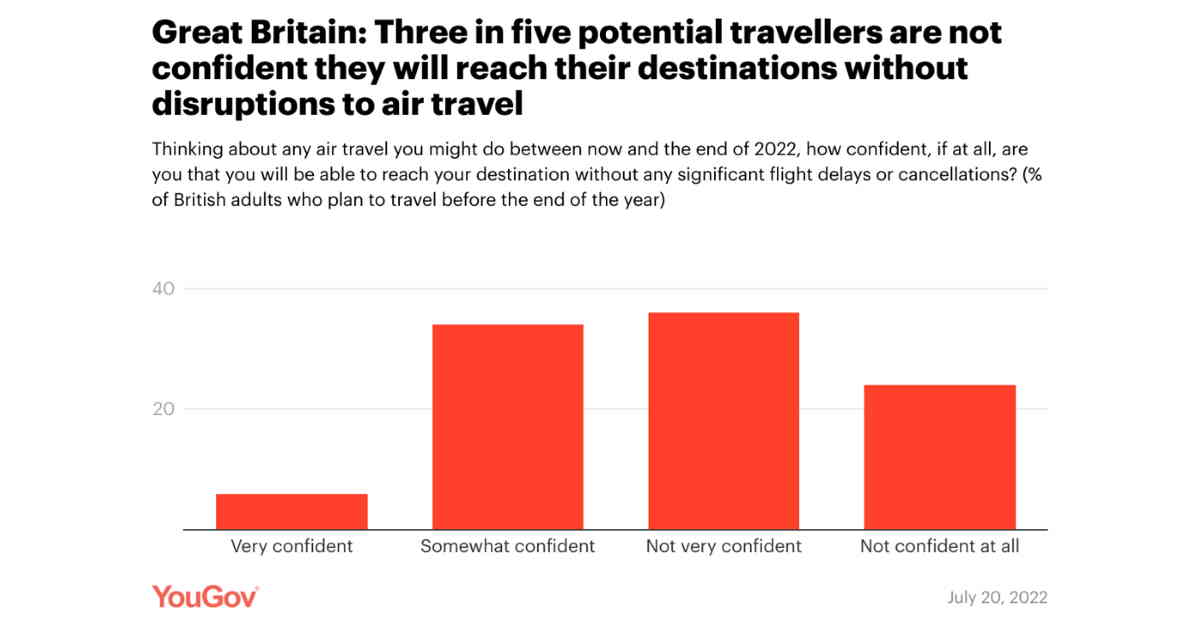 With tourism all over the world still in critical stages of recovery, YouGov will continue to monitor consumer sentiment and perceptions toward travel especially with the busy summer travel season in full swing now. It will also be important to stay up to date with consumer confidence in travel as we enter the back half of the year and peoples’ holiday plans bear up against Christmas travel.

YouGov polled 1,140 British adults online on July 20, 2022 between 2:13 PM and 7:38 PM BST. The survey was carried out through YouGov Direct. Data is weighted by age, gender, education level, region, and social grade. Results are nationally representative of adults in Great Britain. The margin of error is ±2.9% for the overall sample.

Ryanair boss says ‘era of €10 ticket is over’