Morocco is hoping that Abta’s first overseas convention since 2019 will give its tourism industry a boost. Ian Taylor reports

Host city Marrakech will provide the backdrop for the first overseas convention since 2019 and the first in Morocco since 2005.

Jamal Kilito, MNTO director for the UK, Ireland and Nordic markets, says: “The convention is a tremendous opportunity to meet the decision-makers of UK tourism. It gives us a strong voice to showcase Morocco’s variety, its different flavour but also its proximity.”

He notes those who attend the convention “all know Morocco – it won’t be a discovery. But it’s an opportunity for us to show the destination is changing, that it is every day more professional and better equipped in accommodation and services.”

Kilito looks back to the 2005 convention, also held in Marrakech, as a key moment in developing the UK market to Morocco, saying:

“It gave us great visibility. It helped us to double our UK visitor numbers in three to four years. The convention had that impact.”

Now the MNTO hopes the 2022 convention will provide a boost that ensures annual UK visitor numbers pass one million.

Morocco offers a different world but at the same time great proximity. That is our strength

The UK currently ranks as Morocco’s second most-important international market by value and number of overnight stays behind France, despite attracting just 600,000 UK visitors in 2019 compared with 4.2 million from France and 2.3 million from Spain.

Kilito notes visitor numbers “probably reached a threshold pre-Covid” and says: “We needed to reshape and broaden our targets.” So in April, the MNTO launched a multimedia international consumer campaign around the slogan ‘Morocco: Kingdom of Light’.

In the UK, this saw ads on the London Underground and on screens at Piccadilly Circus as well as videos online, and Kilito promises “a new wave” to come “targeted more at young people on social media”.

The campaign, like the country, offers broadly three types of tourism product, which Kilito identifies as culture, nature and activities.

He argues: “Our medinas are authentic, unique to Morocco and only three-and-a-half hours from the UK. They not only offer heritage but handicrafts, clothes and art.

“We offer a variety of landscapes – deserts, mountains, plains, coastline, two different seas – that are outstanding for people who like to be close to nature. We have a rich and diverse offering in terms of activities, beaches and sports with 3,500km of coastline, access to the Atlantic and Mediterranean and watersports, golf, trekking, caving, hiking, fishing and hunting.”

Kilito insists: “We are happy to offer beaches, but Morocco doesn’t offer only beach product. We offer more than beaches.”

Cultural tourism remains the most important product, attracting about half of all visitors. Kilito notes UK visitors spend on average about three out of five nights in Marrakech. But he argues: “The key attraction of Morocco is the variety it offers – beaches, culture, activities, landscapes – all very different to what exists in the UK or Europe.

“Morocco offers a different world but at the same time great proximity. That is our strength.”

He added: “We have many assets – Casablanca, Marrakech, Tangier – and many good brands. The ‘tagine’ is a brand. The ‘kaftan’ is a brand. And we are among the oldest nations in the world.”

Yet anyone who attended the convention in 2005 and revisits this October will notice a big change, says Kilito, arguing: “Morocco has modernised since 2005 without losing its identity. Cities have been refurbished. We have many new hotel brands, more luxury brands. We developed many restaurants.

“We have outstanding infrastructure – bigger airports, three times as many highways [as in 2005] and a high-speed train between Tangier and Casablanca, which will be extended. There has also been lots of investment in cultural sites, in new museums and theatres.”

Kilito insists: “The country kept its identity, but modernised its infrastructure to show better what it is than before.”

Morocco aims to surpass 2019 levels by next year

Morocco reopened to international visitors in early February after closing in late November 2021 due to the Omicron variant of Covid-19. It had previously reopened in June last year.

Jamal Kilito, Morocco National Tourism Office UK and Ireland director, says: “Sales are good. We’re outperforming our expectations, so we’re happy. We plan to reach 75%-80% of pre-Covid visitor levels this year, and to do better than 2019 from 2023.

“We are working with airlines to get a wider offer of flights. The best way to increase numbers is through increased airlift, to have more airlines flying, then to have new players come in. We are ambitious in terms of growth. We would like to be among the top 10 most-desired destinations in the world.”

Morocco achieved its highest-ever UK visitor numbers in 2019, when it welcomed more than 500,000 tourists, with an additional 100,000 visits from Moroccans living in the UK.

Kilito says: “If we have more airlift, there is easily potential to achieve one million from the UK. We hope to increase all types of clients.”

Package holidays make up about one-third of UK bookings, but Kilito argues: “The post-Covid situation gives agents a strategic advantage because people are looking for more reassurance and guarantees when they travel.”

He notes: “We’re wary of what is happening at airports, the war in Ukraine and the economy. People are reducing their spending on leisure. This is a big question mark [over future visitor numbers].”

However, for now, he insists: “There is big demand. Prices are comparable with 2019, despite the increase in capacity.” 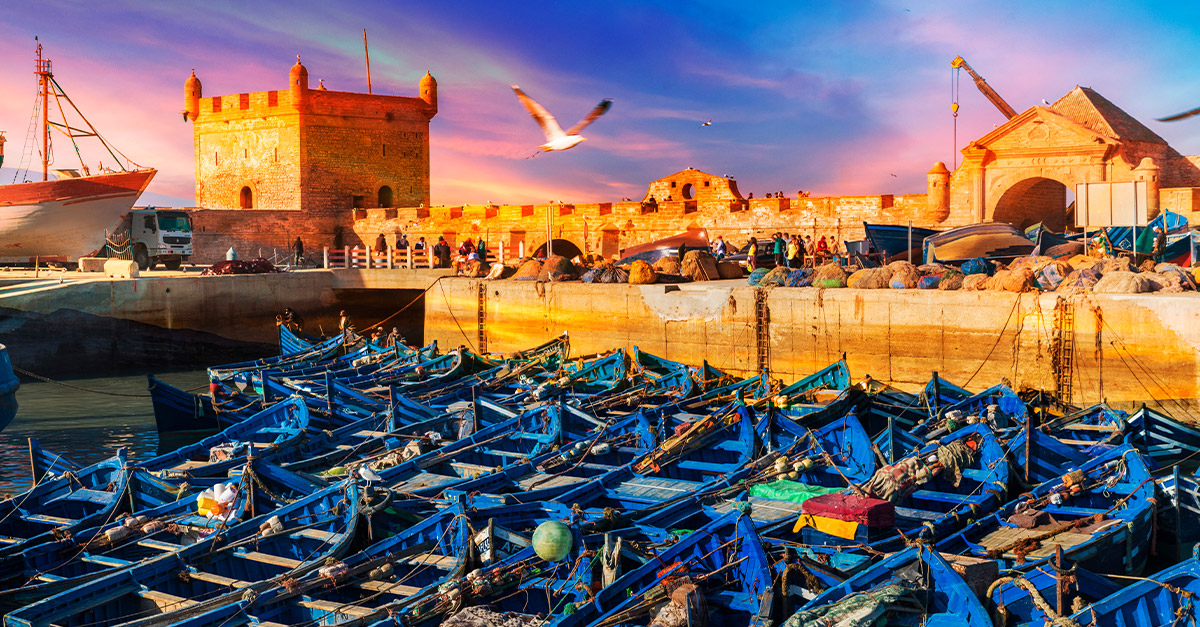 If you are attending The Travel Convention, try to spend some time exploring Marrakech or Morocco.

Jamal Kilito, UK and Ireland director at the Morocco National Tourism Office (MNTO), says: “It would be a shame not to book extra nights – there is so much to do in Marrakech and outside the city. I would stay at least three or four extra nights. The night life in Marrakech is amazing.”

He recommends a visit to Essaouira, the port city and resort on Morocco’s Atlantic coast.

The MNTO is offering four excursions around Marrakech on October 10: a visit to the Medersa Ben Youssef Islamic school and mosque, and the Bahia Palace and El Badi Palace in the medina; a trip to the Majorelle Gardens and Islamic Secret Gardens; a tour of Djemaa el Fna square; and a trip to the Agafay Desert.

Intrepid will also offer a series of half- and full-day excursions, including a Cycling and Gardens tour of Marrakech, a Shop and Cook as a Local tour, and a trip to the Atlas Mountains.