We have a thankless task at present but looking after our customers now will pay off in the future, says Hays Travel’s Washington branch manager Colin Burns

Hands up if you’re a customer-facing travel agent and are enjoying your job at the minute. OK, let’s wait for the tumbleweed to clear and I’ll move on!

I don’t think anyone would argue if I say we have the toughest job in any retail environment at the moment, trying to explain rules and regulations that we sometimes don’t really understand ourselves and quite often don’t agree with.

“I don’t think anyone would argue if I say we have the toughest job in any retail environment at the moment.”

I was having a moan to a retired traffic cop the other day and he didn’t get why I was so fed up.  “They’re just the rules, Col, and folks have to accept them,” he said.

I countered that it is the equivalent of him watching at a crossroads and, when a car went to move after the lights turned green, having to stop the driver and say that while he could now go, he really shouldn’t because who knew what might be coming the other way. How would he justify that to the frustrated motorist? He couldn’t.

I’ve said before that my team and I have been lucky. Apart from a couple of Mr Shoutys, customers have been understanding. However, I’ve seen a definite shift recently, with customers now mainly looking to cancel trips for the summer rather than pay their balances.

One customer asked to cancel her August family holiday with a full refund. I had to explain that this wasn’t possible as she was travelling to an amber destination but she could transfer to a later date.

“I’ve seen a definite shift recently, with customers now mainly looking to cancel trips for the summer rather than pay their balances.”

She didn’t understand why she couldn’t cancel, as last year she’d had that option. I explained the difference between the government’s ‘must not’ and ‘should not’ travel advice, but she remained disgruntled. She felt she had helped us out last year by not cancelling when she could have, but now she was being penalised. I could see where she was coming from.

In my last column, I wrote about a customer who was excited to book his Algarve trip. Well, one week into his two-week break he had to pay £400 for flights to get home before the quarantine rule came in. Hays Travel managed to secure a refund for his unused accommodation, but he is still out of pocket (and on top of that he looks like a seafood stick, as he only had time to get one side of his body sunburnt). Joking aside, is this sort of rule change fair and reasonable?

One of the most common questions at the moment is, ‘What will happen if my destination is moved from green to amber while I’m on holiday?’ After the Portugal fiasco, this is a tough one. It’s so frustrating to have to tell people that it is a risk they have to decide to take or not. I obviously don’t condone anger being taken out on any of us, but I do understand its root.

“Remember, this situation will end. And, when it does, a holiday will be the first thing on so many people’s minds.”

So, what do us frontline folk do? We paint on a huge grin, play at being a financial adviser, relationship counsellor and diplomat, hide our own problems, and move heaven and earth to look after our customers as best we can.

Remember, this situation will end. And, when it does, a holiday will be the first thing on so many people’s minds. Look after them now to make sure you are the first person they think of when it comes to booking. 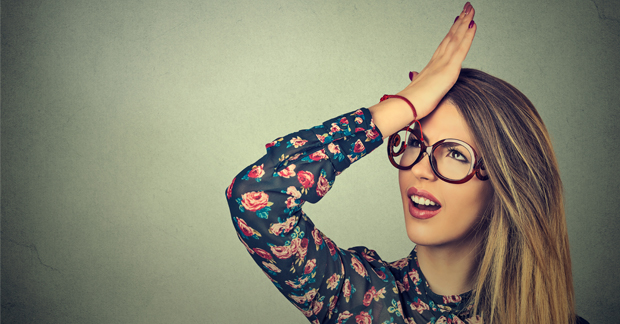 Hail Mary for her patience

Speaking of pent-up demand, Mary had a customer who asked for a last-minute holiday to the Med last weekend. His logic was that as nobody was allowed to travel at the moment, there must be loads of empty flights and, therefore loads of bargain holidays.

He must have clocked Mary’s puzzled look when he stared her in the eye and said ‘What?’, as if his request was the most reasonable thing ever.

Mary was very diplomatic in trying to explain the situation to him, but he left the shop cursing the ‘greed’ of holiday companies, muttering something along the lines of: “Tut! They would rather see the flights go empty than sell them off cheap.” Give me strength!