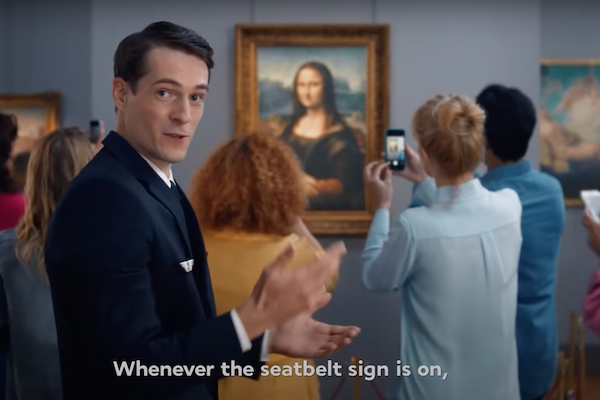 Air France is showcasing some of the most famous French tourist hotspots in its new in-flight safety video.

The film will make its debut on long-haul flights from March 1, featuring two flight attendants in a series of quintessentially French tourism settings, from the Palace of Versailles to the French Riviera.

The cabin crew are also seen in the vineyards of Provence, museums, a fashion show, a typical French café terrace and along the banks of the Seine and its famous booksellers.

The safety briefing ends at the top of the Eiffel Tower, where an Air France crew greets the airline’s customers.

Catherine Villar, customer experience senior vice-president, said: “With this new video, we are showcasing the best France has to offer in an emotionally engaging way.

“We can’t wait to reopen the skies, flight after flight, with safety as our absolute and constant priority.”