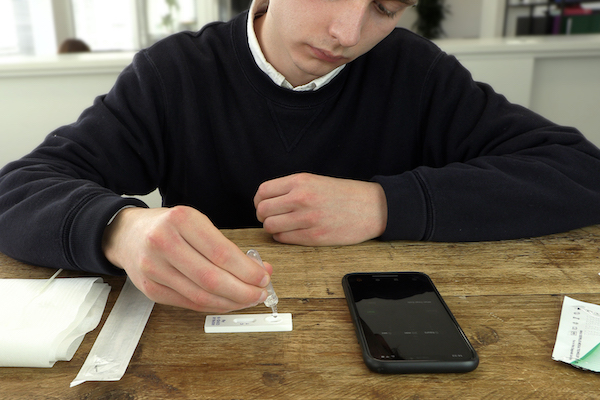 UK aviation leaders have written to Prime Minister Boris Johnson calling for the use of rapid Covid-19 tests on air travellers from countries categorised as ‘green’ under the government’s proposed traffic light system for restarting travel.

An update on the government’s Global Travel Taskforce on Monday revealed arrivals from low-risk green countries would be subject to two Covid tests, one pre-departure to the UK and one following arrival.

The taskforce update did not specific the type of tests required but two PCR tests would be likely to cost in excess of £200 per person.

In the letter, Alderslade and Dee stressed “the importance of the use of cost-effective, rapid Covid-19 tests within the restart framework, particularly for travel from ‘green’ countries”.

They welcomed the plan for a traffic light system but told the PM: “We are concerned about the proportionality of some of the measures that will underpin this system, at least at its inception phase.”

The pair noted: “Few people can afford to add hundreds of pounds in testing costs to a standard trip.

“This would create a significant barrier to travel for many and risk preventing a meaningful restart this summer.”

They point out a family of four traveling from the UK to the Canary Islands under the current requirements would have to “take a total of 16 tests at a total cost of around £1,600”.

Alderslade and Dee told the PM: “We were pleased you recognised this point [on Tuesday] and are grateful for your intention to work to make international travel as flexible and as affordable as possible.

“In practice this means the use of cost-effective, rapid tests should be permitted . . . similar to the kinds of tests that will be critical to the wider reopening up of the domestic economy and [that] have most recently be deployed in schools and other workplace settings and will be on offer, for free, to people in England twice a week.”

The pair acknowledged “concerns about the accuracy of rapid tests” but pointed out recent research by Oxera, sponsored by the aviation industry, suggests “the best antigen tests provide comparable results to PCR tests”.