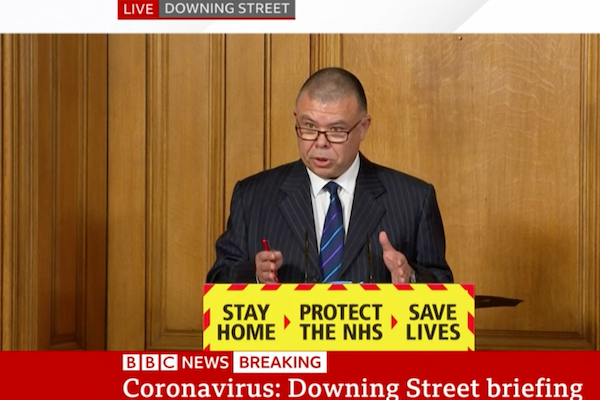 Professor Jonathan Van-Tam, deputy chief medical officer, said there is “great uncertainty” about the prospect of overseas summer holidays because of new variants of Covid-19.

He made his comments during a Downing Street briefing on Monday, which highlighted the emergence in the UK of a Covid-19 variant from Brazil.

Asked about the likelihood of summer holidays, Van-Tam said: “We are still in a zone of great uncertainty about what the virus will do next.

“On top of that, many of the vaccination programmes in Europe – which is a place where we frequently go on holiday abroad – are running behind ours.

“And clearly, whether we can go on holiday abroad to places such as Europe depends upon what other countries will say and do in terms of foreign tourism.”

He added: “I’m not going to give you a firm answer because I genuinely don’t think there is one at this point.

“I would just say that there has to be great uncertainty at the moment.”

Health secretary Matt Hancock denied that “delays” in imposing quarantine hotel measures on travellers to the UK had put lives at risk.

He told the briefing there was “no evidence” the infected arrival had not followed home quarantine rules.

Asked by the BBC’s Laura Kuenssberg if the delay to hotel quarantine measures could have put lives at risk, the health secretary said “no”.

Hancock said home quarantine measures and travel restrictions on Brazil had already been in place before the hotel policy was implemented.

The briefing came as it emerged that passengers have complained of queues of up to seven hours long at Heathrow airport’s border control.

A union for border control workers told the BBC that Covid security measures designed to reduce infections was leading to inadequate staffing.

Heathrow said the government needed to make sure there were enough staff to cope with demand.