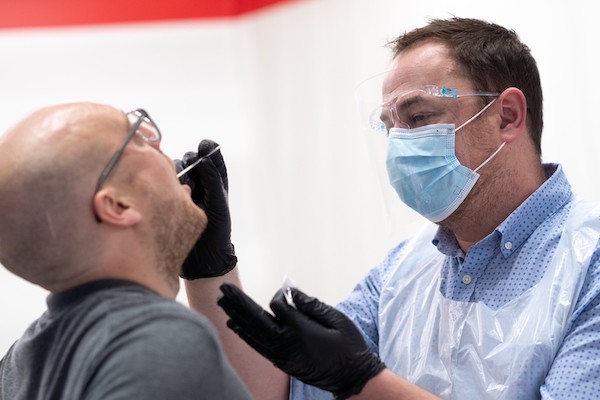 The government must ensure that the cost of testing for international travellers is kept as low as possible.

The call came amid speculation that the Global Travel Taskforce will propose that costly ‘gold standard’ PCR tests will be required for travellers on or before their return from “safe” countries.

The two-test suggestion is understood to be included as part of a traffic light system where only those returning from green list nations will be exempt from ten days of quarantine.

The taskforce is due to reveal its report tomorrow (Friday), basing traffic light ratings of countries based on their rates of vaccination, the risk from Covid variants and the prevalence of the virus.

“Amber” countries will require quarantine for 10 days on return, with pre-departure and PCR tests on days two and eight, with an option for a test and release on day five.

Hotel quarantine will be required for “red list” countries at a cost of up to £1,750 per person.

Commenting ahead of the publication of the taskforce report, Henry Smith MP, chair of the all-party Future of Aviation Group, said: “I have just sent a letter to Downing Street looking for any testing to use some of the less expensive and burdensome tests that are available. Otherwise the costs will be prohibitive for many travellers.

“I am not necessarily against testing but I do question the need for PCR tests.

“Any testing in terms of cost needs to be kept to a minimum otherwise it is a big disincentive.”

Graham Brady, chairman of the backbench 1922 Committee, told The Telegraph: “Countries will only be green listed when they are deemed safe to travel to for British residents.

“Requiring expensive testing as a condition of travel back to the UK would make the cost prohibitive for many people who need to travel to see family whom they haven’t seen for over a year and would make the idea of foreign holidays for anyone but the wealthy entirely impractical.”

Overseas travel is banned for non-essential reasons until May 17 at the earliest.

A decision on when foreign trips will be allowed to resume may not come until May 10, according to reports.