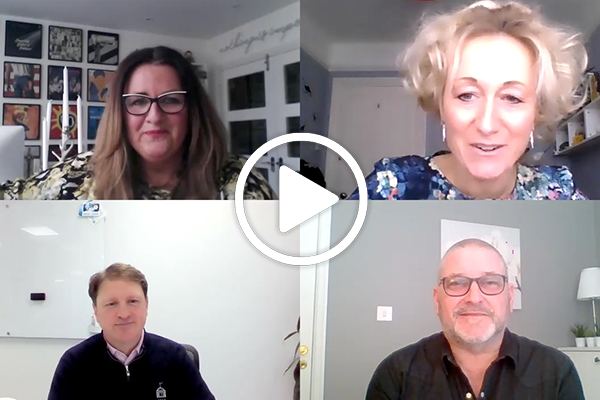 Industry bosses say there must be clear guidelines from government about criteria for countries being categorised under the proposed traffic light system for international travel.

Speaking on a Travel Weekly webcast, they also warned that families face being priced out of the holiday market if PCR Covid-19 tests are required rather than cheaper, more accessible lateral flow kits.

The government confirmed on Monday that it is planning a traffic light system with countries graded green, amber or red according to factors such as vaccination rates, infection levels and prevalence of ‘variants of concern’.

Joanne Dooey, president of the Scottish Passenger Agents’ Association (SPAA), called for clarity to avoid the problems seen last summer when countries were removed from the air corridor list at short notice.

“We can’t afford to have the hokey cokey that we had last year,” she said.

“We need to have clear guidelines on the criteria…so that the industry knows about it, so travel agents are aware.”

Gary Lewis, The Travel Network Group chief executive, said the government needs “keep it simple” so the industry can see data and trends that would signpost when countries are likely to move from red, amber or green.

“We know we’re not going to open up to France next week; we can see what’s going on with the data,” he said.

Alan Cross, head of trade at Jet2holidays, said tour operators, airline and travel agents need more notice about changes to the status of countries so that they can advise customers.

He said there are “multiple layers of conversations going on with multiple governments” about flights to different destinations.

Jet2holidays has added Sardinia and Sicily for summer 2022 and will start flights from Bristol this summer.

“We’re still looking at opportunities, and still being positive, because we can’t sit back and do nothing,” said Cross.

He said a third of bookings are for 2021, adding: “When things do get moving again, that demand is going to be huge.

“If we believe something’s going to happen, then we’ve got to be prepared.”

The three bosses also agreed that the cost of PCR tests would be too expensive for many travellers, especially families.

“£200 per passenger is absolutely prohibitive to a huge amount of the customer base,” said Lewis.

Cross said about half of bookings for Jet2holidays are from families, so they face paying another £800-£1,000 for tests.

“I don’t see how that’s going to build confidence for the public to travel again,” he commented.

They also backed the idea of vaccination certification but highlighted how younger travellers and children are not yet being inoculated.

Cross said a “combination solution” is needed which includes vaccinations as well as testing requirements.

Dooey commented: “We pushed since day one for a quick, affordable testing regime at our airports, and our airports are well able to do it.”

Lewis highlighted how the issue of vaccine certification is being studied by airlines, Iata, the travel taskforce and Michael Gove, the Chancellor of the Duchy of Lancaster.

He added: “Our country will have everybody offered the vaccination by July, so it should stop being an issue.”