The maritime minister has pledged to build “a world beating maritime future” for Southampton and the UK as MSC Cruises outlined plans to launch its “biggest season ever” next year.

Robert Courts officially opened the £55 million Horizon Cruise Terminal, built in partnership by MSC and Norwegian Cruise Line Holdings, and which has already welcomed more than 75,000 passengers since it opened its doors in July. 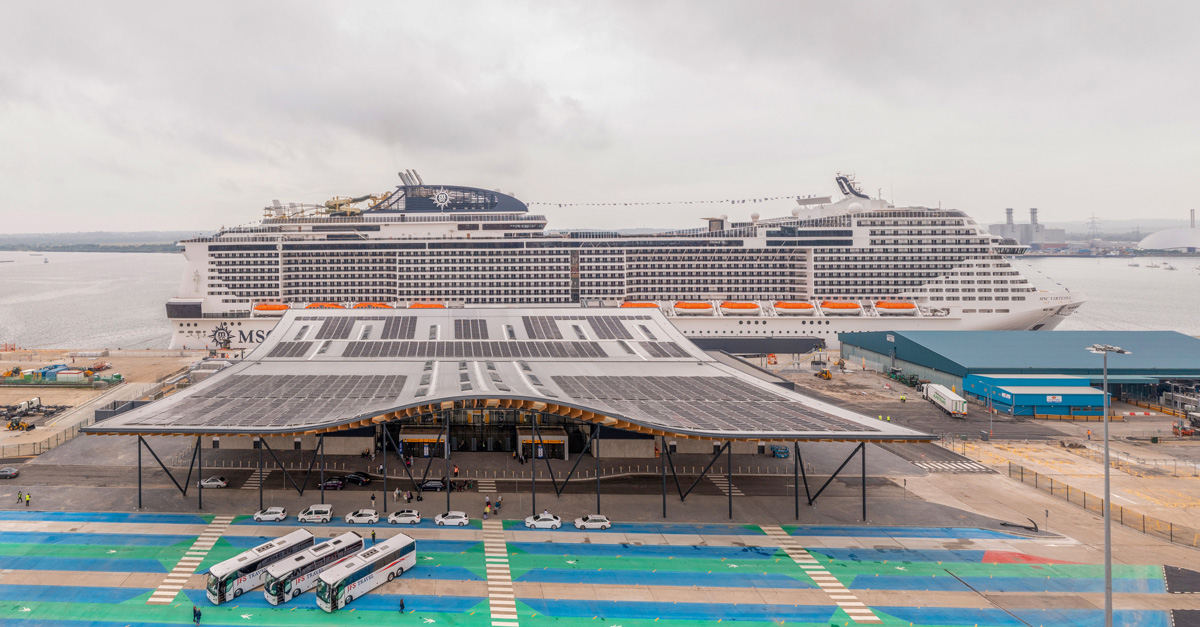 Horizon – the Port of Southampton’s fifth cruise terminal – will, from later this year, feature a shore power facility allowing ships to connect to the National Grid for electricity, reducing the amount of time ships run their engines in port.

Speaking at the terminal today, Courts said: “The terminal reflects incredibly well on the optimism and the vision of the UK maritime sector as well as the strength of the broader sector across the UK. It will bring cleaner air as well as financial investment.

“As we build back better and greener this is exactly the kind of investment that we all want to see more of.

“It’s been a really difficult year and it’s been quite strange in some ways, but it’s become quite clear that we will succeed in the face of adversity. Thanks to you we will build a world beating maritime future for Southampton and our country.”

Courts, whose first appointment as minister for maritime, aviation and security was a visit to the Port of Southampton last year, said he was “incredibly grateful” for the support the UK cruise sector had provided.

“It is your diligence, professionalism and enthusiasm that has got us here,” he said.

Meraviglia-plus class vessel MSC Virtuosa completed its UK season on Tuesday after a three-night cruise out of Horizon Cruise Terminal.

Paradiso said that although Virtuosa was the “perfect commitment” to the UK, he planned to bring more capacity to these shores next year.

Asked about the line’s 2022 UK season, Paradiso said: “We’re almost at the decision stage. We’re serious about a full summer season in addition to three ships visiting. It will probably be the biggest season ever.”

He added that it was always beneficial to have “a wider offering for customers”. “We’re also increasing our presence in the Mediterranean and the Caribbean,” he said.

InteleTravel has ‘offer of Atol licence’ from CAA