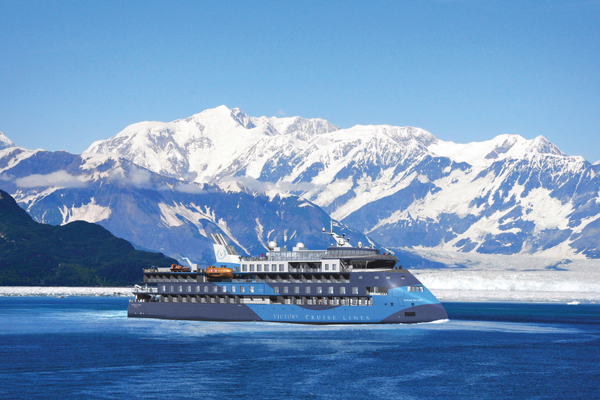 The 200-passenger vessel’s maiden voyage with the line will be a repositioning sailing Puerto Caldera, Puerto Rico, to San Diego departing on May 12, 2023.

Ocean Discoverer’s 2023 season will comprise of 11 and 12-day itineraries between either Sitka, Alaska, and Vancouver, Canada, or Sitka and Seattle, in the US.

The ship is scheduled for delivery in March 2023.

Ocean Discoverer’s sister vessel Ocean Victory (pictured) will operate between Vancouver and Sitka throughout the summer with repositioning sailings to bookend the season between Puerto Caldera and San Diego.

The line’s two 202-passenger ships – Victory I and Victory II – will sail voyages lasting between 11 and 16 days to destinations such as Chicago, Toronto, Detroit and Montreal.

Victory II will offer round-trip sailings along the Yucatan Peninsula from Cozumel, Mexico.

Pricing for the itineraries is set to be confirmed at the end of March, the line said.

The American Countess, the latest addition to the American Queen Steamboat Company fleet, will sail a Mighty Mississippi voyage from Saint Paul, Minnesota, to New Orleans.

It will also sail the Ohio, Cumberland and Tennessee rivers throughout the 2023 season.

American Duchess with six sailings on the Ohio river between Louisville and Pittsburgh. American Empress will begin its season on March 23 and sail nine-day, one-way voyages between Portland, Washington and Spokane, Washington through to November 26, 2023.

Full programme details, including pricing, is due to be revealed early next month.

UK river cruise specialist Light Blue Travel represents both cruise lines in the UK. The company’s managing director, Rupert Thomson, said: “The American Queen Steamboat Company, which owns Victory Cruise Lines, has announced that vaccination of all crew and passengers will be mandatory.

“With the UK likely to have the 65-plus age group double vaccinated by June we’re hoping the US will open up to UK visitors later this year.”