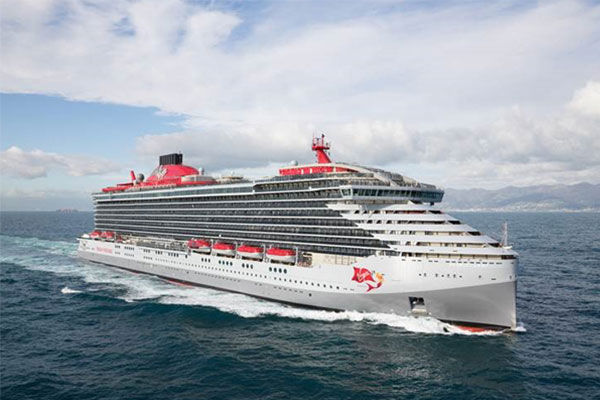 Virgin Voyages has cancelled its inaugural summer sailings on Scarlet Lady until September 17.

In a statement on its website, the line confirmed: “As we continue to navigate what’s going on in the world, we’ve made the decision to cancel our sailings from July 4th through September 17th, 2021 on Scarlet Lady.”

It also outlined options for affected guests, as follows.

For those whose bookings have been cancelled for the first time, it said: “You’ll automatically be credited 200% in Future Voyage Credit of the amount you’ve paid to date toward your voyage fare, which you can apply to another sailing, rather than a refund** — which is double the value of your existing paid voyage fare. The FVC is valid for redemption up to a year after the original voyage start date for any sailing with open inventory through 2022.”

For those who require a refund, it said: “If you’d prefer a refund, we’ll refund everything paid along with a Future Voyage Credit equal to 25% of your existing paid voyage fare to be used on a future sailing.”

For those who have had sailings cancelled more than once, it said: “Your full Future Voyage Credit will be restored to use toward a future sailing, and our standard cancellation policies will apply. The FVC is valid for redemption up to a year after the impacted voyage start date and can be applied to any sailing with open inventory through 2022.”