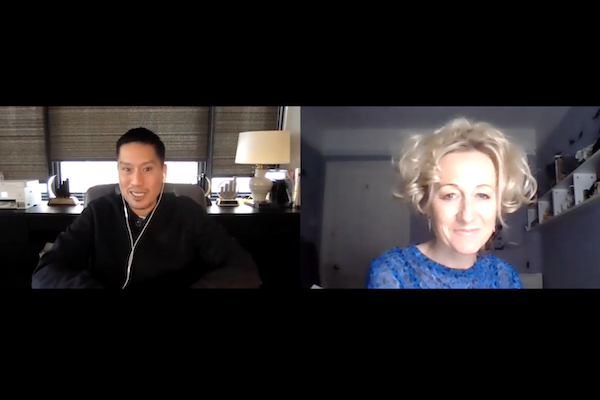 Bruce Poon Tip, founder of G Adventures, predicts rapid Covid-19 tests will be a ‘game-changer’ for the swift return of travel this summer.

Alongside the deployment of vaccines, he said the “number one thing we need” is rapid testing.

Speaking on a Travel Weekly webcast, he said rapid home kits that are currently being developed will enable holidaymakers to be tested during trips, ahead of their return home and at airports.

“The technology does exist. It’s just not being manufactured and being mass produced and available right now,” he said.

“I think we’re going have it in the next couple of months, according to what I’m reading. They’re starting to manufacture home tests.”

He also hopes that quarantine periods for returning travellers will get shorter to encourage more bookings.

“I do believe that travel is going to go come back quicker than people think,” he said.

“It’s not going be back to normal numbers but there are early adopters and a lot of people that want to travel before crowds start again.

“There is going to be a lot of people that are motivated to travel early as soon as they can. We’re seeing that already.”

G Adventures is currently operating group tours in Tanzania and passengers are “absolutely loving it”, he added, as there are no crowds.

“Once we get this whole vaccine sorted out, I think that confidence is going to come back quicker than people think,” he said.

“There’s just so many doom-and-gloom people right now saying there are no travellers till 2022. I don’t believe that.

“We were seeing a very strong case to say that we’re going to get significant travellers this summer.”

He said the operator saw “green shoots” of a return to travel last year as it was able to run European tours in September and October, then tours to destinations such as Tanzania, Maldives and Costa Rica later in 2020.

“It is great to dip our toe in the water again, and there are a lot of positive attitudes on our communication channels internally now that we’re running trips again,” he said.

The operator is liaising with governments around the world to keep updated with restrictions and plans for a return to travel.

It is working with the Peruvian government to run test trips with officials on the Inca Trail, to ensure new protocols are effective.

He also highlighted how Japan – which hopes to host the Olympics – has advanced plans for the safe return of travellers.

“We want to be part of that, before and after the Olympics,” he said.

“We want to be in the forefront of convincing people to start travelling again.”