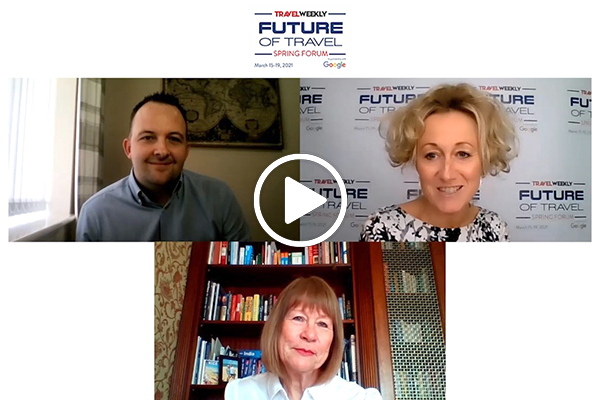 Social media ‘influencers’ carry more weight than government ministers in persuading customers about travel, according to the boss of Hays Travel.

“People watch what is current, and what’s trending and what the influencers are highlighting at a given time,” she said. “Then you see a flurry of enquiries.”

Hays Travel having its own tour operation made it easier to react to trends, she said. “When you can control that within the business – and because we’re a very flat structure in Hays Travel – we don’t have any hierarchy really – you can see where that demand is, you can respond much more quickly,” said Hays.

She said various comments by government ministers about whether it’s legal to book holidays influences consumer sentiment and behaviour “to an extent”, but added: “I don’t think it has as much of an impact as the social influencers do, or what has most recently been shown on television.

“What we’re seeing is a vastly more fast-moving market around appetite than we ever have before. Travel is becoming a fashionable product, and must-have… it’s influenced by which celebrity is seen where, or what is popular.”

Hays said the days the brochure being relevant were long-gone. “Now, the time frame around responding to customer appetite is vastly faster than it has ever been before,” she said.

“Ministers might have some influence. I do not think they are the most influential. But clearly, in terms of regulation and prevention they are. But it’s a mixed picture. So we sometimes see some surprising spikes, and then you realise why.”

“When we introduced the peace of mind guarantee, the rationale behind was so we could take control and make sure that our customers were looked after properly. And if they wanted to cancel, or they wanted to amend, that we would make arrangements with our suppliers for that to happen without all of the problems we experienced during 2020,” she said.

Revealing that the tour operation was “still relatively small compared to the group’s overall business, but growing slowly”, Hays said future scope of the division would depend on market demand.

“We’re absolutely delighted with the arrangements which we’ve put in place with colleagues who’ve joined us [from Travel2] and our existing colleagues. It’s the depth and the quality of the product and [going forward] it’s a case of watching what the market wants,” said Hays.