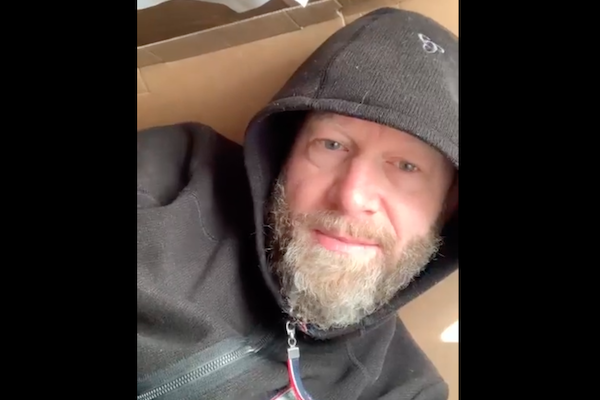 He spent the day building his own cardboard box and slept outdoors as part of a fundraiser for the YMCA.

The YMCA’s Sleep Easy event is aimed at raising awareness and funds to help with the work that the charity does supporting homeless people.

He said there is an estimated 200,000+ people who are homeless across the UK.

Despite the rain and chilly temperatures, he stayed outside for the whole night and recorded a short video about his experience afterwards.

He has raised £600 so far. To find out more about the charity and make a donation, click here.