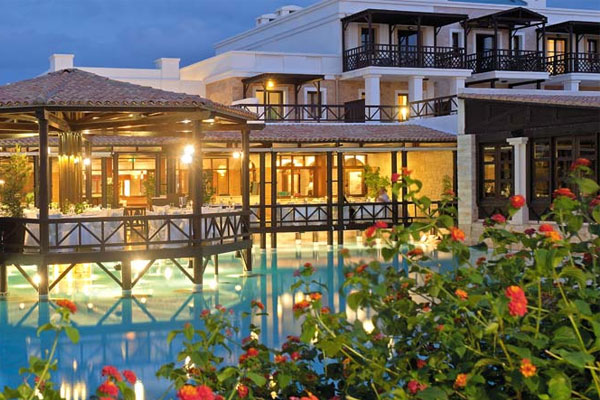 A leading Greek hotelier has blasted the country’s government for refusing to reconsider a controversial overnight tourist tax which is due to be introduced in January 2018.

Alexandros Angelopoulos, managing director of Aldemar Resorts and a board member of the Greek Hellenic Hotels Association, said the tax was ill-planned as it did not reflect customers’ budgets and was not designed to be reinvested in the areas from which it was collected.

He also questioned whether the government would stick to its commitment to impose the tax for just 2018 and 2019.

Speaking at World Travel Market, he said: “The person who proposed this is clearly misguided. The charge of four Euros per room per night is applied regardless of the affluence of the client, and is also being adopted in a period when people are stressed financially.

“I would be less sceptical if this was applied as a percentage of a room rate and I think customers would be more accepting if they felt that it would be reinvested so that next year there would be improvements to infrastructure in the places they are visiting. But when you understand that the average price for a five-star room in August is only €88, you begin to understand how stupid this measure is.”

Despite his frustration over the tax, Angelopoulos hailed another strong season, with a move towards upmarket accommodation a notable trend.

He said: “The minister of tourism is talking of a record year, but it is too early to say if that is the case. We have seen great demand for room nights, but the challenge is then to match that growth in revenue terms.

“A lot of the bookings came in early and the prices reflect that trend, so we are struggling to get ADRs (average daily rates) to 2016 levels. Our current projections show a 2/3% increase on the revenue side but around 8% in total overnights.”

Angelopoulos hailed efforts being made by a number of hoteliers to increase supply of top-end product, and admitted he had been surprised by the demand from the UK for Aldemar’s premium Elements all-inclusive option at its Royal Mare property.

“What we have seen is that UK customers are willing to pay extra if they perceive they are getting good value,” he added.

“The government is pulling funding for local services, so we have a duty to share resources, whether that is unused food or linen,” he added.

“We provided tyres for the local fire engines and refuse trucks as they couldn’t afford any, and that is part of the business ecosystem which means we are all reliant on each other’s success.”