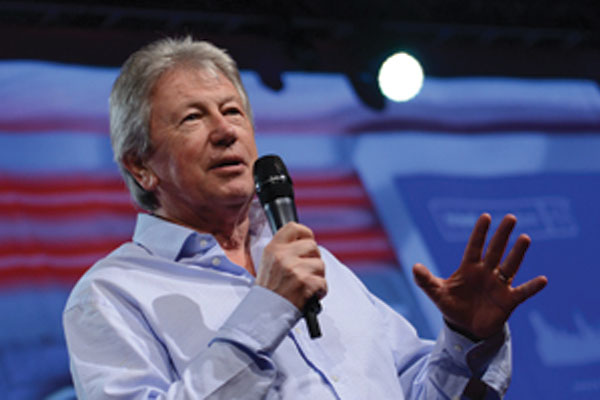 The industry is now suffering from its own virus and its very survival and trustworthiness is at stake, says Travel Counsellors founder David Speakman

I recently wrote about trust, at the core of all our relationships, it is the emotional glue at the very centre of our family, communities, religion, work and what we buy and sell.

Our great travel industry, the industry that has been so good to me and many others, is now in dire straits.

The travel industry is particularly vulnerable to a stop or slow down, as it has operated as a massive Ponzi scheme, borrowing and using up-front customer cash to operate. Cash taken from customers booking today for future journeys, pays for travel executed today that was paid for by customers two, three or even twelve months previously.

Airlines’ net profits exceeded $220bn in the last ten years. In addition, estimated revenue for the world’s airlines in 2019 is estimated at $838bn. If only $700bn is flown revenue and most of these flights are booked with full payment on average two months in advance (return flights likely to have return sector much further in future), airlines have loans from customers in excess of $100bn at any one time.

Yet many airlines now refuse to pay legitimate refunds to customers or to agent/Atol holders which in turn are legally bound to refund customers for cancelled packages. Why is this? I suspect they don’t have the money or they feel their survival depends on conserving cash and the easiest to execute is to refuse refunding. They’ve spent all that money and have been imprudent by not managing for recession or a catastrophe.

Bloomberg reports the good times have been wasted: “Instead, American blew most of its cash on a stock buyback spree. From 2014 to 2020, in an attempt to increase its earnings per share, American spent more than $15 billion buying back its own stock. It managed, despite the risk of the proverbial rainy day, to shrink its cash reserves. At the same time it was blowing cash on buybacks, American also began to borrow heavily to finance the purchase of new planes and the retrofitting of old planes to pack in more seats. As early as 2017 analysts warned of a risk of default should the economy deteriorate, but American kept borrowing. It has now accumulated a debt of nearly $30 billion, nearly five times the company’s current market value.”

Atol holders, agents and operators alike that tailor make itineraries are little risk to the ATT (Air Travel Trust fund) but are treated disproportionately to large operators that take excessive risk by committing annually to thousands of flights and bed-nights. Some Atol holders may own an airline or own a portfolio of hotels.

Airlines and global operators have successfully lobbied governments to create an unlevel playing field that fails to reflect the risk profile of the industry.

Airlines are now canvassing government for a bail out, yet they still retain billions in customer unflown revenue. If  banks or governments refuse to come to their rescue US carriers might seek Chapter 11 (between 2002 and 2011, American, Delta, Frontier, Northwest, United and US Airways all filed for Chapter 11). In the UK, administration would apply, but in both cases customers would become unsecured creditors of the airlines for withheld refunds, so in effect customers would lose their money. The liability would then lie with the Atol holder, who, unable to receive refund from airline, would probably go bust leaving the taxpayer to stump up the money.

Regulators need to look at the whole problem. The biggest single problem is that airlines, the travel industries “masters of the universe”, have spent money that’s not theirs. Conventional businesses only crystallise profit when they have supplied the goods. Airlines use the cash by promising to deliver good or services in the future.

The recent Air Insolvency Review is impractical, irrelevant and an embarrassment in its conclusion.

Abta has now appealed  to the government for changes to Atol refund rules. It poses as a protector of customer money when in reality it couldn’t control Tui or Thomas Cook, its two largest members, in breaking its Code of Conduct and damaging its fellow members. Abta is no longer fit for purpose – since its takeover by the Federation of Tour Operators its agent members have become secondary. Now is the time for agents to become in control of their own destiny.

The industry is now suffering from its own virus and its very survival and trustworthiness is at stake.

The present bonding situation is untenable, it is unrealistic to bail out the airlines yet leave the financial liability at the feet of the Atol holder. Airlines should be bonded and be forced to place customer money in a trust account. There is no better time to enforce these changes than when the begging bowl is out.

A public that mistrusts the industry in future will be far more damaging in the long term than any financial impact at present.