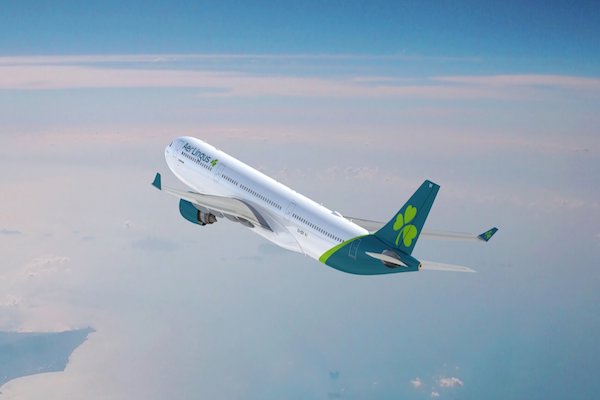 Aer Lingus has applied to US authorities to allow the start of ticket sales on new transatlantic routes from Manchester airport.

The Irish carrier wants to start selling flights to the US from the north-west hub from January 8.

Destinations include Boston, New York and Orlando using a mix of Airbus A330s and new A321LR aircraft due to be delivered in February and March.

An application to the US Department of Transportation called for services to start in the summer.

The airline wants clearance to “promote advertise and sell those services to United Kingdom passengers as quickly as possible”.

Aer Lingus has set up a UK subsidiary to operate the post-Brexit flights.

The move is designed to fill a gap left by the collapse of Manchester-based Thomas Cook Airlines in September 2019.