Former Cruise & Maritime Voyages (CMV) bosses have reunited to launch Ambassador Cruise Line, a UK-based operator aimed at the over 50s market which plans to start sailing with one ship in April 2022.

Ambassador will operate cruises on Ambience, formerly known as Pacific Dawn as a P&O Australia ship, which was set to become CMV’s flagship under the name Amy Johnson.

The 1,400-passenger ship’ maiden voyage will be a “short-break cruise” out of Tilbury to Hamburg, Germany, starting on April 6 next year.

The ship’s debut full-year programme, running from April 2022 until May 2023, will include 33 sailings, calling at 88 ports across the Baltics, Greenland, the Arctic and Iceland.

During the winter months, Ambassador plans to offer “expedition-style voyages” to the Canaries, Cuba, the Caribbean, Cape Verde and Scandinavia.

All passengers and crew will be required to be vaccinated for Covid-19 prior to departure, the line confirmed.

Lead-in prices for a seven-night European cruise departing from Tilbury, where Ambience will be based, will be about £850.

The line’s no-fly voyages will be aimed at the over 50s market in the UK.

Verhounig told Travel Weekly: “[Ambience] is an authentic, classical vessel, something which we know that the market segment we’re selling to loves to go on.”

He said the new line’s trade sales team had started approaching agents with details of the debut programme, due to go on sale next month.

Ambassador plans to release a 68-page brochure alongside the programme in June.

He also confirmed that every passenger who sails on Ambience would be financially protected through an independent trust account set up to hold customer monies.

Funds would only be released once the cruise departs. Customers’ monies and agent commissions will be refunded if a cruise is cancelled, Verhounig said.

Travel industry veteran Gordon Wilson, who was president and chief executive of Travelport until July 2019, has been appointed chairman of the line. 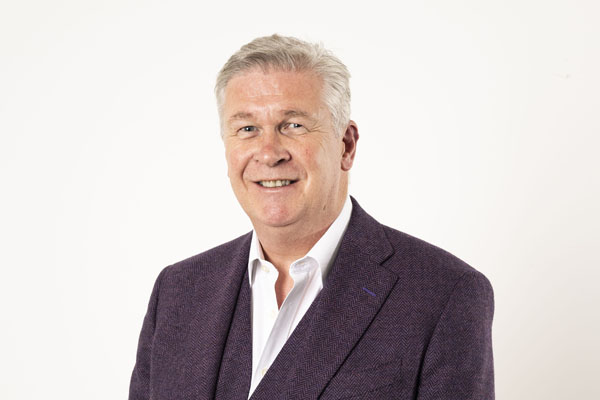 Wilson, who is a member of the board at BCD Holdings which owns global corporate travel management company BCD Travel, plans to create  “at least 100 jobs” from the UK and said a new cruise line would help “reboot the British cruise market and inject confidence into the sector”.

He added: “We are hugely excited to launch the first British cruise line in over a decade. Ambassador Cruise Line offers the best of British cruising. We’re a new company offering a distinctive product but maintaining traditional cruising values which we know are important to our guests.

“This is just the beginning. We have ambitious growth plans, and the travel industry is a crucial partner in this.

“We’re looking forward to working collaboratively with agents, partners and the shipping community. Investment on this scale, and the launch of such a significant business as we emerge from the pandemic will make a significant contribution to the local economy and travel industry, particularly as we look to fill at least 100 jobs from the UK.”

Qatar to launch new agent training ahead of World Cup