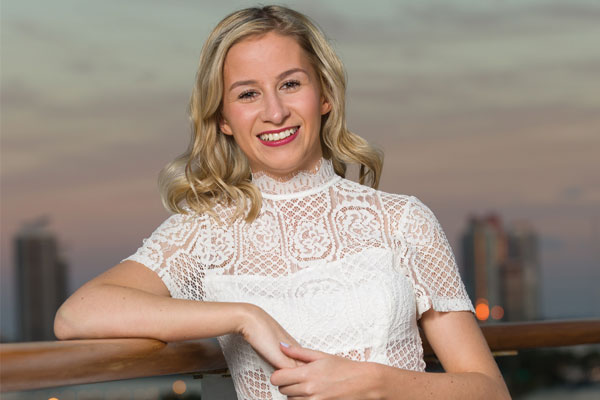 Hays Travel’s Laura Garner is the first of 12 agents to spill the beans on the latest of Travel Weekly’s annual Cover Stars trip – her first ever fam. Samantha Mayling reports.

Q. Why did you apply to Cover Stars?
A. I spotted the Cover Stars competition in Travel Weekly and thought it would be a once-in-a-lifetime opportunity. I was really lucky to get on the Cover Stars trip, and my cousin Katie Watt (Virgin Holidays, Woking) was on the trip too. I had only been to the US once before, when I went to Orlando as a child.

Q. Have you been on fam trips before?
A. This was my first fam trip, although I have been on ship visits before. The ages of the agents ranged from 18 to over 50 and it was a lovely mix – it was inspiring and motivating talking to the older agents about why they’re in travel.

Q. Where did you stay in Miami?
A. Thanks to Gold Medal, we checked in at the Eden Roc Miami Beach hotel, where I had a junior suite. It was incredible, with a massive balcony –
you could keep the curtains open and watch the sunrise. We also stayed there for our final day, after the cruise, and we went to South Beach in Miami to look around and have cocktails. I would feel confident selling Eden Roc as it’s beautiful and it’s right on the beachfront.

Q. What was your cruise like?
A. We had a four-night Bahamas cruise on Norwegian Sky, on a premium all-inclusive basis. I have been on ship visits before, but not a cruise. I had my Cover Stars photoshoot at sunset, during the sailaway party, so they cordoned off an area for me. People were watching my photoshoot, so I felt like a celebrity as we sailed out of Miami. The sun was setting and people were having their drinks by the pool.

Q. What were the ship’s facilities like?
A. The entertainment is a big selling point, for adults and kids, with activities by the pool, and music. The passengers were mainly American – and it was Thanksgiving too. We also had a ship tour and on the last night we watched a very good comedian in the theatre. There was also a spa and basketball court. There were about 2,000 passengers on board, but it did not feel overcrowded. The staff were friendly and helpful, and the entertainment kept everyone occupied, but it was not OTT.

Q. What was the food like?
A. We dined at the main buffet and there was plenty of choice. We also ate in the French, Italian and steakhouse restaurants. The steakhouse was my favourite. We had breakfast outdoors on deck. Even though it was late November, it was about 30 degrees, so the weather was ideal for the pools and sea.

Q. Where did the ship visit?
A. We sailed to Norwegian’s private island Great Stirrup Cay, as well as Nassau and Grand Bahama Island. It was great to wake up somewhere new each day. At Great Stirrup Cay, most people chilled out by the sea or went snorkelling or kayaking – but we went on an excursion to swim with pigs, and it was a real highlight. We also had a cabana for the day, so there was a constant supply of food and drink – it was a luxury, lazy day. Nassau was more touristy, with lots of gift shops. We had a coach tour of Nassau and an open-top bus tour in Grand Bahama, where we visited an art gallery, a park with peacocks and a beautiful beach. The local people were very welcoming, and I would recommend visiting.

Cruising is not just for older people, it would be great for all generations.

Upgrade to premium economy on the flight and to a balcony cabin on the ship.

Suggest NCL’s short cruises in the Bahamas. They are good value as they are all-inclusive.

Laura on…Hays Travel and her career

I have just finished my first year as an apprentice. I did A levels and studied travel and tourism at sixth form, then had a year in London in the fashion industry. I came back to the Isle of Wight and worked in a theme park, then I started at Hays Travel in October 2017.

We have a good location in Newport in the high street. In our agency we have five agents and one member of staff in the foreign exchange bureau.

My manager has been an agent for about 30 years and we have a new apprentice too – I think the trip has inspired her.

Our clientele are quite elderly. We sell a lot of cruise sales in our agency with the likes of P&O and Cunard, as Southampton is quite local to us.

When I got back from the trip, I spoke to my colleagues about the trip and showed them the photographs – and I am applying for more cruise fam trips now.