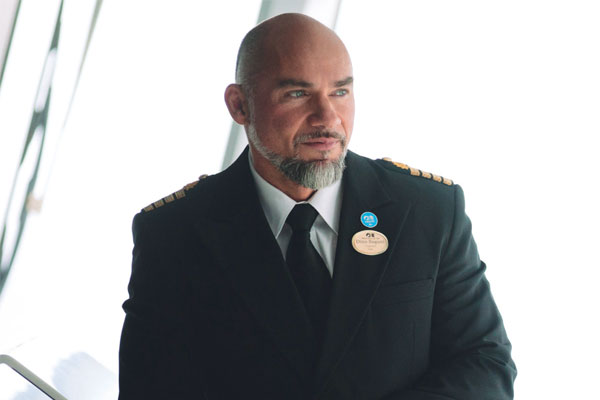 For fourth-generation ship captain Dino Sagani, cruise runs in the family. He tells Harry Kemble about his journey from deck boy to captain of Majestic Princess.

How do you start a typical day?
It all depends on where we are in the world. If we are going to a port, it can be an early start. If we are arriving in Shanghai, say, it can take up to five hours going up the Huangpu River, so I’ll have to get up earlier. A sea day can mean a more ‘normal’ routine. I usually wake up at about 7am and have an Italian-style coffee and a croissant. I will then go up to the bridge and get an update, which usually isn’t anything major – otherwise I would have been woken up in the night.

What are your daily duties?
As the captain, you are required to be on the bridge as the ship goes in and out of port. My second in command can drive the ship, but I have to be there. Every night, I leave a set of night orders – about what the crew needs to look out for and the speed at which we need to travel, for example. At the end of the day, I can have dinner with the passengers as well. Currently, I have my wife and daughter with me, and they will be with me until we disembark in Sydney. Then I go on holiday.

How did you enter the cruise industry?
My father is a retired captain. My grandfather and great-grandfather were also captains. When I was 15, I joined a cargo ship as a deck boy and sailed around for the entire three months of my summer holidays. That was my first paid contract at sea. It was so addictive. In the Caribbean in 1994, I used to see the sparkling lights of the cruise ships. In 1995, I applied for a job at Princess Cruises. Later that year, I got a job on the old Star Princess ship. I climbed up the ranks very quickly and was promoted to captain in 2007, at the age of 37.

What’s the most picturesque port?
I am from Trieste, so apart from there, I would say Venice’s Grand Canal. I’m now in Sydney and you can’t beat it when you turn the ship. You look to the left and you have the Opera House and on the right you have the Harbour Bridge. It is spectacular.

Which is the trickiest port to navigate a ship in and out of?
Napier, in New Zealand. You can’t enter the port and swing round, so you have to do it outside the port because it is so narrow.

The thing I am most commonly asked is…
When I am walking around the ship, I am asked who is driving the ship.

The worst thing that has happened at work is…
When I board a ship but my luggage is on the other side of the world. Once I thought I had found my luggage in Antigua. I was taken to an aircraft hangar and there were more than 500 cases inside – none of which was mine.

To relax I like to…
Work out in the gym. If we are sailing to places I have never been to before, I like to explore by walking around without a guide and getting lost.

The most rewarding part of my job is…
Seeing the happy faces of the people when they are on board and about to disembark the ship at a new port.

ITV’s The Cruise featuring Majestic Princess airs on a weekly basis at 8.30pm.