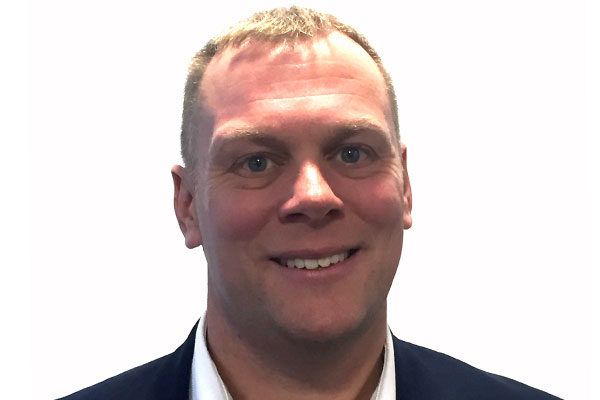 The new managing director of Marella Cruises has insisted it was the right time to rebrand Thomson Cruises – even though the decision did “surprise” some people in the industry.

Chris Hackney, who officially takes up his role today (December 1), said he was consulted over the decision beforehand.

The move was announced at Abta’s Travel Convention in October following months of research into the Marella name which means “shining sea”.

It came around the same time as the company finally transitioned away from Thomson to Tui.

The Marella name received a mixed reaction, with some saying it sounded like the “flavour of an ice cream”.

Explaining the decision, Hackney told Travel Weekly: “It was naturally time to look at changing the name with Thomson going to Tui.

“We weren’t going to stay as Thomson Cruises. Marella is quite a bold name and it makes us stand out.

“I think the feedback has generally been very good. Like anything, people take a bit of time to get used to it but I think people have been positive.”

Hackney, who joined Tui on the graduate scheme in 2001, spent 14 years in the commercial division, holding several product, trading and cruise positions before being appointed to his new role.

He said establishing the Marella brand is one of his key aims going forward.

“I would say that it is something we need to work on,” he said. “We have got some exciting plans for how we can get the Marella name out there in January and February.

“That is going to get us some extra attention than what we probably got in the past.”

Tui has done some work to ensure the name-change did not impact its SEO.

Following both the Tui and Marella rebrand, web traffic to the Tui site is up 17% year on year and 19% above its target.

He said: “The fact there has been a Tui advertising campaign going on at the moment means we are naturally getting that traffic which is coming to the site.

“We do want to see that traffic coming through to the Marella site too.”

Hackney also revealed bookings for the line’s new itineraries in Asia in 2018/19 have “exceeded expectations”.

He said: “We are really pleased with the performance we have made so far.

“We have looked at the feedback from customers who have sailed with us before.

“One of the main drivers for our customers is that they love our product offering, they love our ships but itineraries and home ports are what really drives their decision about what they do for their holiday.

“To be able to offer them something new in terms of Asia is really important to them and I think we are seeing that with the bookings.”

Hackney will oversee the launch of Marella Explorer in the new year.

The vessel is currently sailing as Tui Cruises’ Mein Schiff 3 but will become Marella’s newest ship in May 2018.

“We are a mainstream brand,” he said, adding: “We are very comfortable with that.

“That is not in our plans because one of our traits on Marella Cruises is that we offer a friendly service. We do get phenomenal feedback about our onboard service.