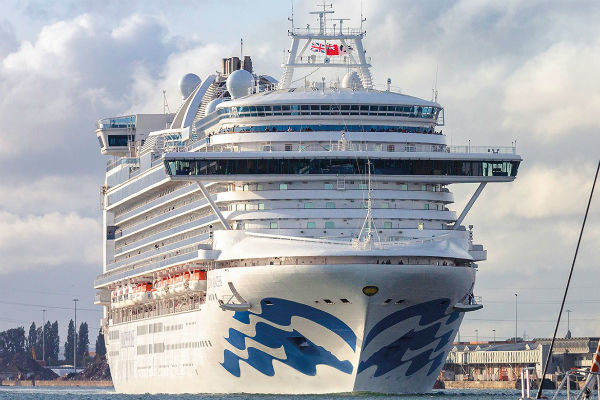 Princess Cruises is set to raise ex-UK capacity by almost a third for summer 2020.

The line will deploy three ships for the first time to offer a total of 1.4 million cruise nights from the UK, an increase of 30% on this year.

Additionally, new 3,660-passenger Enchanted Princess will be christened in Southampton in late June before heading to the Mediterranean for the summer.

Enchanted Princess will be the first Princess Cruises vessel to be named in the UK since Royal Princess in 2013.

The decision further demonstrates a commitment to the local market, according to the line.

Princess Cruises previously revealed UK deployment for 2021 would rise by 9% over 2020 with nearly 500 days of cruising from Southampton across three ships – Grand Princess, Island Princess and Crown Princess.

UK and Europe vice president Tony Roberts said: “We’re bidding a fond farewell to our UK-based ships for this year after making one million cruise nights available to our guests.

“We’ve been delighted with the overall feedback and now look forward to an even bigger UK season in 2020 as we welcome another three stunning ships to these shores.”