Get a slice of the south in lesser-known Savannah, says Natalie Marsh.

We turn a corner, and for the first time, I catch a glimpse of the image I had in my head before arriving in Savannah, Georgia.

We make our way down a wide lane, stretching as far as the eye can see, lined by lavish detached houses with trees towering either side of us. Their branches form a verdant canopy encompassing the road, and Spanish moss delicately drapes down from the trees like streamers.

I look up and the bright sky pierces the small gaps between the greenery, while the sun hits the branches, casting shadows over everything. It looks like a setting plucked from a classic American movie.

“We make our way down a wide lane, stretching as far as the eye can see, lined by lavish detached houses with trees towering either side of us.”

This is exactly how I imagined a quintessential southern city to look, and it didn’t disappoint. Savannah sits close to the Atlantic coast, just over the South Carolina state line, and is the epitome of elegance and charm. In the downtown area, streets such as this aren’t hard to find.

Though it’s small for an American city, with a population of fewer than 150,000 people, Savannah has a long list of accolades to its name: it’s the most haunted city in the US, the location of the first Girl Scouts of America group and is home to one of the largest St Patrick’s Day parades in the country, to name just a few. 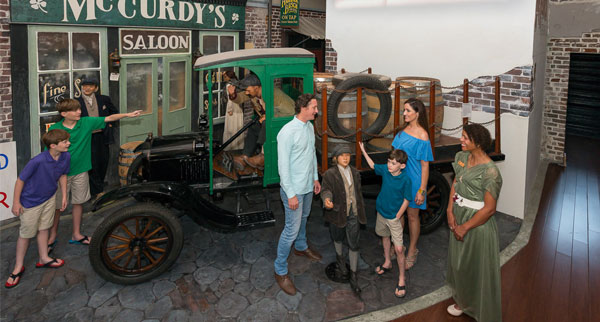 The words “moon river, wider than a mile…” drift into my head as we sail down the Savannah River. Lyricist Johnny Mercer wrote this well-known song, made famous by Breakfast at Tiffany’s, with his home town Savannah in mind, and you can see why.

It feels incredibly peaceful taking in the sights as we sail outside the city. We pass Old Fort Jackson, the oldest standing brick fort in the state, where from the deck of the boat, we watch a cannon-firing demonstration.

Savannah was founded in the 1700s, when British soldier and MP James Oglethorpe came to the state of Georgia. A great place to experience one of the most fascinating periods of its history is at the American Prohibition Museum. The first museum of its kind in the US, it gives visitors a window into what life was like when alcohol was illegal. We also sampled a cocktail in the museum’s hidden speakeasy bar.

“It’s an eerie experience looking up at blacked-out windows hearing tales of the strange occurrences that supposedly happened on the other side of those walls.”

Guided tours are available at several historic buildings across the city. Davenport House Museum, built by master architect Isaiah Davenport in the 1800s, is worth a visit. The house was threatened by demolition in the 1950s, and seven women came together to raise thousands to purchase and save it, in a matter of days. This spearheaded the Historic Savannah Foundation, which has since preserved more than 350 buildings.

And when the sun sets, Savannah Ghost Tours offers a great insight into what makes Savannah the US’s most haunted city. Whether you’re a believer or not, the stories are captivating, and it’s an eerie experience nonetheless, looking up at blacked-out windows hearing tales of the strange occurrences that supposedly happened on the other side of those walls. 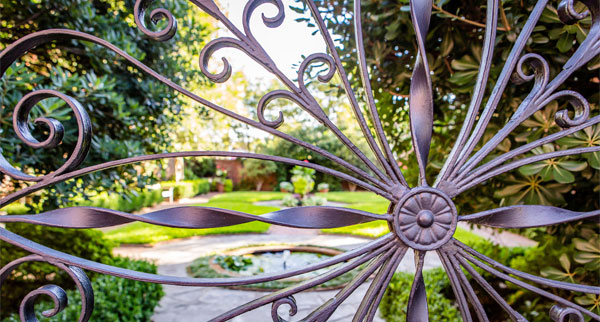 I looked up at a sign that read “where the elite eat in their bare feet”. I’m not a member of the elite, but I still felt as if I should be removing my sandals. We’d come to The Original Crab Shack on Tybee Island, a no-frills restaurant on the edge of one of the small river tributaries.

When our seafood platter arrived, I didn’t know where to start. It was full to the brim with shrimp, crawfish, two types of crab and more. It didn’t take long before we were cracking open crab legs and pulling the tails off the crawfish – and it was delicious. As well as the restaurant itself, there’s a gator lagoon, where visitors can feed the resident alligators.

Tybee Island is about five miles long, and its vast sandy beaches, warm and sunny weather, and laid-back vibe are among the main draws for American holidaymakers who live in the northern states. For Brits, though, it’s lesser known and a real hidden gem.

“It didn’t take long before we were cracking open crab legs and pulling the tails off the crawfish – and it was delicious.”

There’s a beach pier, cafes and restaurants lining the roads and a variety of accommodation, from coastal villas to B&Bs. For those who want to head out to sea, a dolphin cruise is a great way to take in the beautiful coastline, and it didn’t take long before we found a small pod of dolphins that enjoyed playing alongside our boat.

As I sat on a restaurant balcony overlooking the Savannah River, the sun began to set, casting vibrant colours over the tops of the trees. In that moment, as I gazed out over the water, the sunset glistening on the surface, the song popped back into my head to perfectly describe the setting: “My huckleberry friend, moon river, and me.” 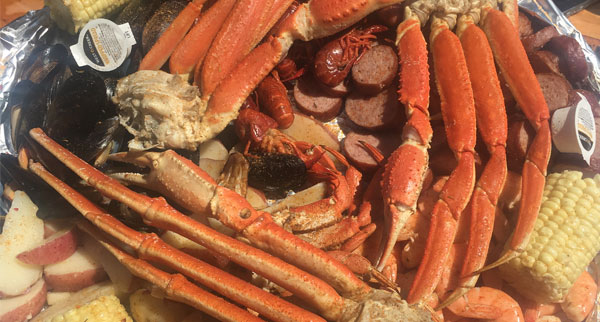 Located right in the city’s historic district, the hotel is in a great spot, and walkable from Savannah’s main attractions. We stayed in a two-room queen bed suite, which had all the amenities we needed. The lounge area was spacious, as was the bathroom, which opened into both the lounge and bedroom areas. The hotel has a gym and business centre, and an outside pool area with a cosy firepit, making it great for families. Breakfast does not disappoint, with omelettes made to order and a selection of pastries, fruit and more.

“The lounge area was spacious, as was the bathroom, which opened into both the lounge and bedroom areas.”

The complimentary drinks from 5.30pm-7.30pm are a real highlight. Guests can wind down in the lounge area, indulging in snacks and drinks from the bar, before venturing back into town for dinner, or heading next door to the exquisite French restaurant, 39 Rue de Jean. 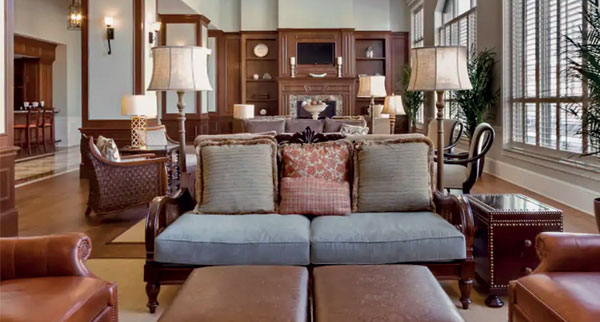 Three of the best places to eat

Leopold’s Ice Cream: You can’t go to Savannah without sampling the
goods at Leopold’s Ice Cream. Established in 1919, the store has a menu
of delicious flavours and specials that rotate each month. You can’t really
go wrong, but the servers will let you try before you buy.

Mrs Wilkes Dining Room: All guests at this restaurant sit around one of the tables for 10, with plates of food placed in the middle, family-style.
From fried chicken and beef stew to mashed potatoes or macaroni and
cheese, the food is cooked from the heart here. It’s open only between
11am and 2pm on weekdays, and is so popular that the queue stretches
down the street.

“All guests at this restaurant sit around one of the tables for 10, with plates of food placed in the middle, family-style.”

Treylor Park: Hearty sandwiches, flatbreads and tacos are on the menu
here. It’s an affordable eatery with a long list of craft beers to accompany
the food. But it’s the appetisers that steal the show, featuring crab cake
sliders, fried banana pepper rings and PB&J chicken wings. 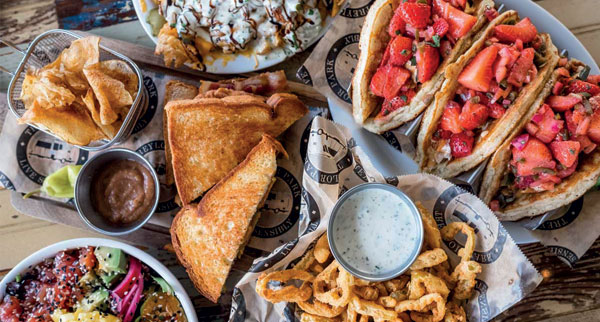 Kuoni offers three nights at the Kimpton Brice Hotel in Savannah from £1,483 per person, based on two adults sharing. The price includes flights from London via Washington DC on September 17, and transfers.
kuoni.co.uk

Active holidays in Tampa Bay, Florida
Escorted tours through US national parks for any budget
See another side of Colorado on a music-themed trip