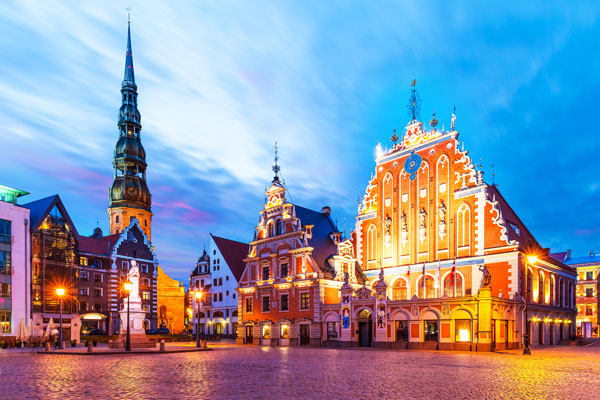 Latvia’s postcard-pretty capital deserves a visit any time of year, but when is it at its best? David Whitley weighs up summer and winter.

Riga, with its adorably pretty Old Town and surprising range of heritage attractions, is a revelation for anyone partial to a short city break. But it feels very different depending on when you visit, so a summer trip and a winter break require separate strategies.

If you’re looking to brush up on short-haul destinations to sell next year, the Latvian capital should be on the list whatever the season.

We use the word ‘Baltic’ to describe weather for a good reason – if you’re visiting Riga in winter, don’t forget your coat and hat. But that can mean cosiness as well as cold, especially before Christmas, when the festive markets are in full swing. The main one is held on Dome Square, although it spills into the surrounding streets too. The giant Christmas tree is a tribute to what is believed to be the first-ever Christmas tree, erected in Riga in 1510. 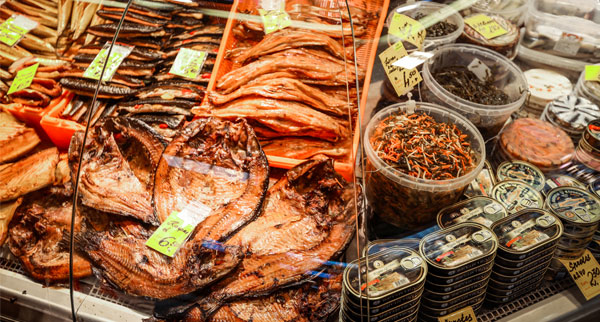 If it’s markets you’re after, however, the Riga Central Market is supposedly the biggest in Europe. It’s spread across five enormous pavilions, which were originally designed to be Zeppelin hangars, and in the more traditional sectors, it’s the sheer scale that provides the appeal. But the Gastronomic Pavilion is more intriguing. Part of it acts like a food hall, while the other end is full of distinctly local goodies – from traditional pastries to smoked meats and dried fruits foraged in the forests. One of the city’s several ice rinks can also be found in close proximity to the market during winter.

“Riga Central Market is supposedly the biggest in Europe. It’s spread across five enormous pavilions, which were originally designed to be Zeppelin hangars.”

Elsewhere, the hulking Latvian Academy of Sciences building – nicknamed Stalin’s Wedding Cake and sticking out like a sore thumb on the skyline – is well worth a look‑in if you’re keen to shelter from the cold, with a concert venue on the ground floor and panoramic views from the 17th (there’s a small entry fee).

The Museum of the Occupation of Latvia also deserves a visit. It’s well presented and traces the horrors of Nazi and Soviet occupation. Particularly jarring is realising that some families were split three ways: some regarding the Germans as the least-worst bet, some seeing the Soviets the same way, and others fighting for the resistance. 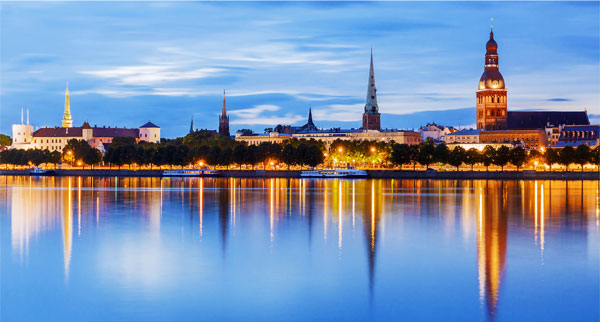 With the long evenings and palatably warm temperatures, Riga’s Old Town is an absolute pleasure to stroll around in the summer months with its maze of lanes, churches, squares, bars and restaurants.

“Riga’s Old Town is an absolute pleasure to stroll around in the summer months with its maze of lanes, churches, squares, bars and restaurants.”

Brevings on the edge of the large Dome Square is a good example of the sort of easy-going charm on offer. A restaurant and bar serving hearty meaty dishes, a wide range of Latvian and Belgian craft beers plus a big selection of single malt whiskies, it has a fine terrace to hang out on as the sun sets. 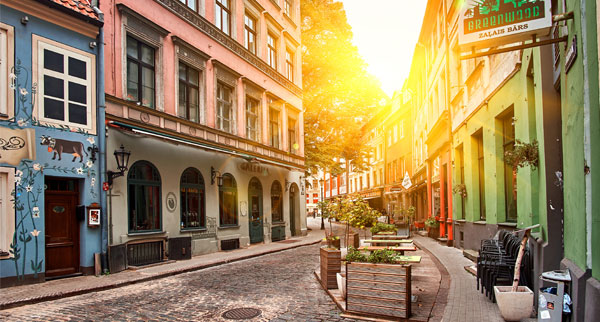 In the summer months, the Old Town is effectively turned into an island by a canal that loops round to the River Daugava. Several boat cruises operate along that loop – for most of them it’s an informal system of rock up, pay and depart whenever there are enough people.

“North of the Old Town is the Art Nouveau District, where the most impressive of Riga’s 800-plus art nouveau buildings cluster.”

There’s also a ring of parks surrounding the canal, which are perfect for picnics and idle strolling in the daytime and make fruitful ground for spotting beavers by the water’s edge in the evening.

But Riga’s beauty extends to the architecture, and north of the Old Town is the Art Nouveau District, where the most impressive of Riga’s 800-plus art nouveau buildings cluster. Viator sells art nouveau walking tours focusing on this, with the giddy highlight being the buildings of local architect Mikhail Eisenstein. These are gloriously over the top, with fake floors, curving nymph-esque heads, toadstool-shaped windows and dashes of Egyptology. 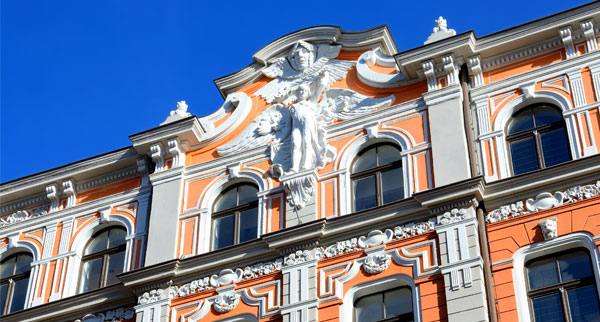 For those wanting to know more about the style, the Art Nouveau Museum is housed inside one of the area’s most lavish buildings. Look for the squirrel on the outside and the staggering spiral staircase inside, before delving into the touchscreen information on how art nouveau took hold in Riga. Essentially, the style became cool just as the city was booming. There’s also a period apartment kitted out with outrageously beautiful art nouveau furniture.

“Around 35 minutes from Riga by train, the Jūrmala coastal strip has various beaches catering to different tastes.”

If it’s a sizzling hot day, however, you may be better off heading to the beach. Around 35 minutes from Riga by train, the Jūrmala coastal strip has various beaches catering to different tastes. On a summer weekend, you’ll find the rest of the city has decamped here too. 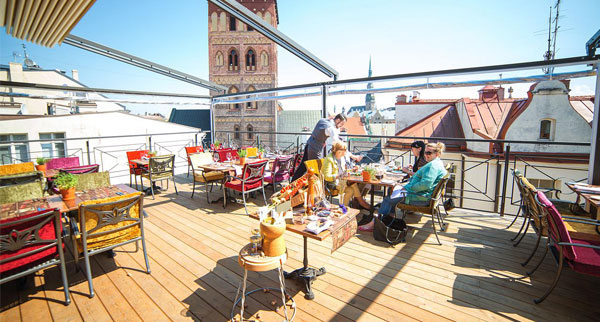 In the Old Town, the Hotel Gutenbergs is spread over two historic buildings. One used to be a printing house, which accounts for the loose theme of engravings, books and the Gutenberg Bible. Doubles start at €59.
hotelgutenbergs.lv

The Radisson Blu Latvija Conference Spa & Hotel is a much more modern, business-centric affair. Its 26th-floor Skyline bar offers some of the best views of the city. Doubles from €63.
radissonhotels.com 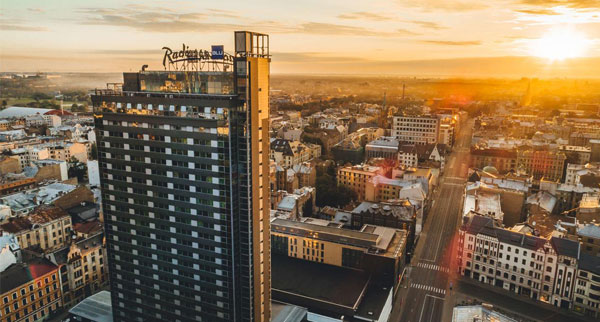 Regent Holidays offers three nights at the Hotel Hanza from £495, based on two sharing on a B&B basis with private transfers and Air Baltic flights from Gatwick.
regent-holidays.co.uk

Latvia requires visitors from a country with high Covid-19 rates (more than 50 per 100,000 over 14 days) to self-isolate for 10 days on arrival, and complete a form within 48 hours before entry. Check the FCDO website for UK travel restrictions, and the Latvian government’s site for latest entry requirements.

Ask the operator: How to sell Italy for 2021
Must-visit neighbourhoods in the Berlin
Six of the best winter escapes in Scandinavia