Appetite for expedition cruising remains resilient, with a host of new ships on order this year, finds Katie McGonagle.

Always look on the bright side of life, said the Monty Python crew. While the cruise industry has faced its toughest‑ever challenge over the past year, one of the few bright sparks has been the ongoing enthusiasm for expedition cruising.

After long months in lockdown with little to do but dream about (and save for) their next adventure, many of the keenest travellers are taking the plunge and finally booking that big-ticket trip, confident that by the time they are due to depart, the cruise sector will be back up and running.

It bodes well given the number of new expedition ships coming onto the market, boosting capacity and drawing attention to this growing sector. We’ve picked out a handful of the most hotly anticipated launches to look out for this year, and with so many ships due to set sail – among them Swan Hellenic’s Minerva, Ponant’s Le Commandant Charcot, Quark Expeditions’ Ultramarine, and World Navigator from new line Atlas Ocean Voyages – there are plenty of reasons to get excited about expedition cruising.

For wow factor alone, it would be hard to beat this luxury yacht, heralding Crystal Cruises’ entry into the expedition market with a vessel purpose-built for polar exploration. It’s got more gadgets than James Bond’s Q, with two helicopters for sightseeing, a submersible that can dive down to 980 feet for underwater exploration, and a fold-out platform from which guests can go kayaking, snorkelling or stand-up paddleboarding. There’s no need to sacrifice those little luxuries, though, with incredibly spacious all-suite accommodation, a one-to-one ratio of crew to guests, top-class dining and an extensive spa.

Book it: Crystal Endeavor was due to enter service last August, but voyages have been suspended until at least May 1; the line says it is now on track to launch “this summer” but a date has not yet been announced. Itineraries range from polar expeditions to ‘cultural discovery’ cruises, including western Africa and Europe, with prices leading in at $8,549 for a Brazil & Argentina cruise departing October 27.
crystalcruises.com 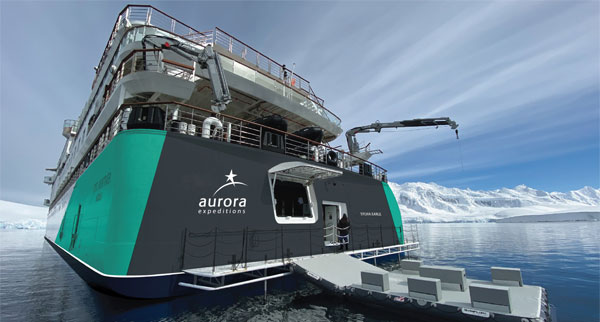 Aurora Expeditions’ follow-up to the Greg Mortimer, which launched in 2019, will feature the same X-Bow design to allow for smoother ocean crossings, reduce emissions and cut fuel consumption by up to 60%. But Sylvia Earle will make even more of that feature with a two-storey glass atrium lounge offering the best-possible views as the ship charts a course through the waters of Antarctica and South Georgia, Russia’s Kamchatka Peninsula or the Indonesian archipelago of Raja Ampat. The atrium is also where passengers will find the conservation-focused Citizen Science Centre.

“A two-storey glass atrium lounge offers the best-possible views as the ship charts a course through the waters of Antarctica and South Georgia.”

Book it: Sylvia Earle is due to launch in November with a season of Antarctica sailings, including an 11-day Spirit of Antarctica voyage, starting at £8,750.
auroraexpeditions.co.uk 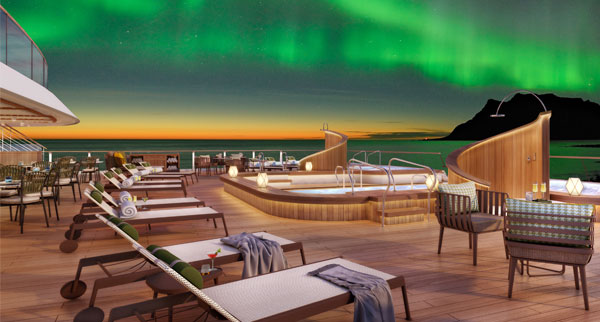 This is set to be one of the most exciting launches for the UK market, given its inaugural sailing is due to depart from Greenwich in December, kicking off a maiden season of Norway and northern lights cruises. The 132-suite luxury ship will carry 24 Zodiacs, kayaks, mountain bikes and its most attention-grabbing feature, two six-seat submarines. That’s complemented by an expedition team featuring scientists and naturalists, and an ‘open bridge policy’ allowing behind-the-scenes access.

Book it: The inaugural voyage, a 12-night Norway, Northern Lights & North Cape sailing from Greenwich to Tromso, starts at £11,999.
seabourn.com 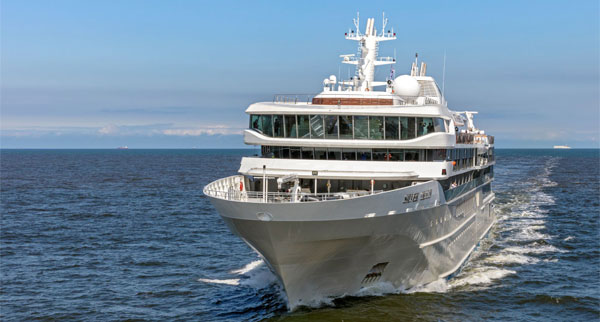 Interest in outdoor, nature-based breaks is booming across the board, so Silversea Cruises’ decision to build its first destination-specific ship and base it in the Galápagos seems positively prescient. The line claims the highest crew-to-guest ratio in the region, with a limit of 100 passengers and an expert team staffed by Ecuadorian nationals. Expect all-suite accommodation, some including the line’s Horizon Balconies that feature drop-down floor-to-ceiling windows, plus Ecuadorian-inspired dining as part of Silversea’s SALT programme, an innovative Basecamp lounge with a digital ‘wall’ so guests can view pictures, videos and presentations, plus a fleet of eight Zodiacs for daily wildlife viewing.

“The line claims the highest crew-to-guest ratio in the region, with a limit of 100 passengers and an expert team staffed by Ecuadorian nationals.”

Book it: A seven-day cruise from Baltra to San Cristobal starts from £7,740 for a December 4 departure, including flights to Ecuador and onward to the Galápagos Islands.
silversea.com

“Our expedition cruise site, Mundy Adventures, has been consistently up [in year on-year traffic] and we saw an upward trend in November and December. I think it’s because people book far enough out to believe it will happen, and because they think ‘once I’m allowed out again, I’m going to do those things that are on my “one day” list’, which is very encouraging. Alongside that, we have this extraordinary growth in capacity with 14 expedition ships coming in 2021.

“If you look at our top five pages for organic traffic, three of them are Antarctica-related and two of them are Arctic – looking at northern lights and Arctic expedition cruises. That said, the biggest open rate we had on an email this year was for warm water cruising, so people are looking for that.

“The cruise industry has done such a great job in being proactive and being ahead of the government recommendations in a way no other sector has, so in the longer term, that will be good for cruising’s reputation.”

How to restore your clients’ confidence in cruise for 2021
What to expect from cruise lines in 2021
Q&A with Andy Harmer, Clia UK & Ireland 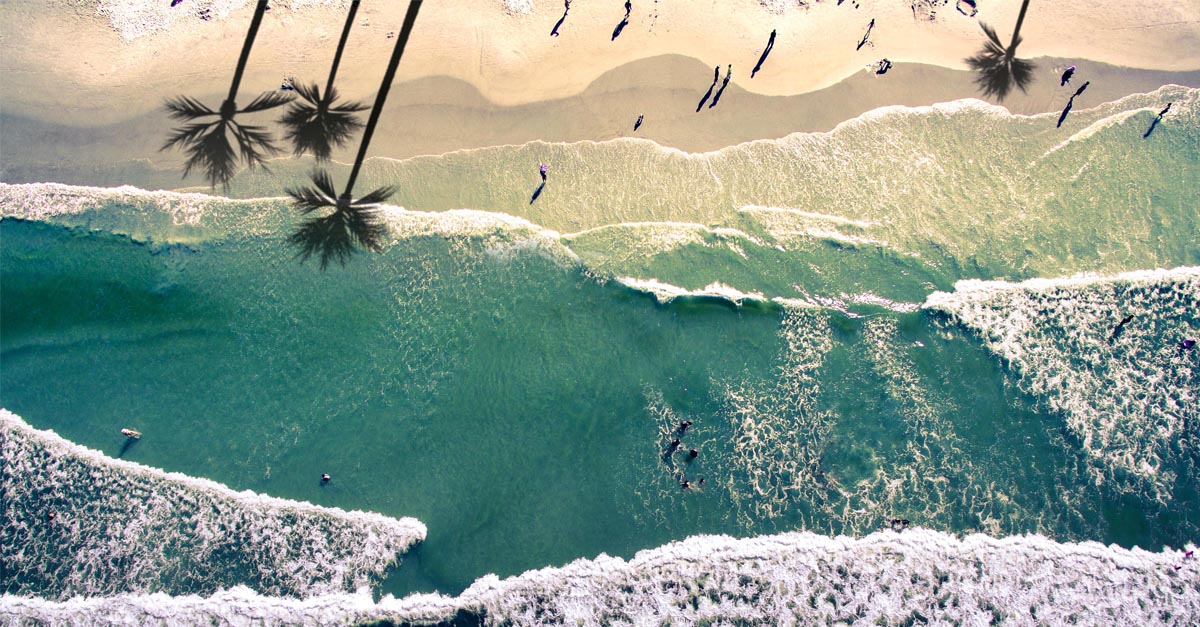 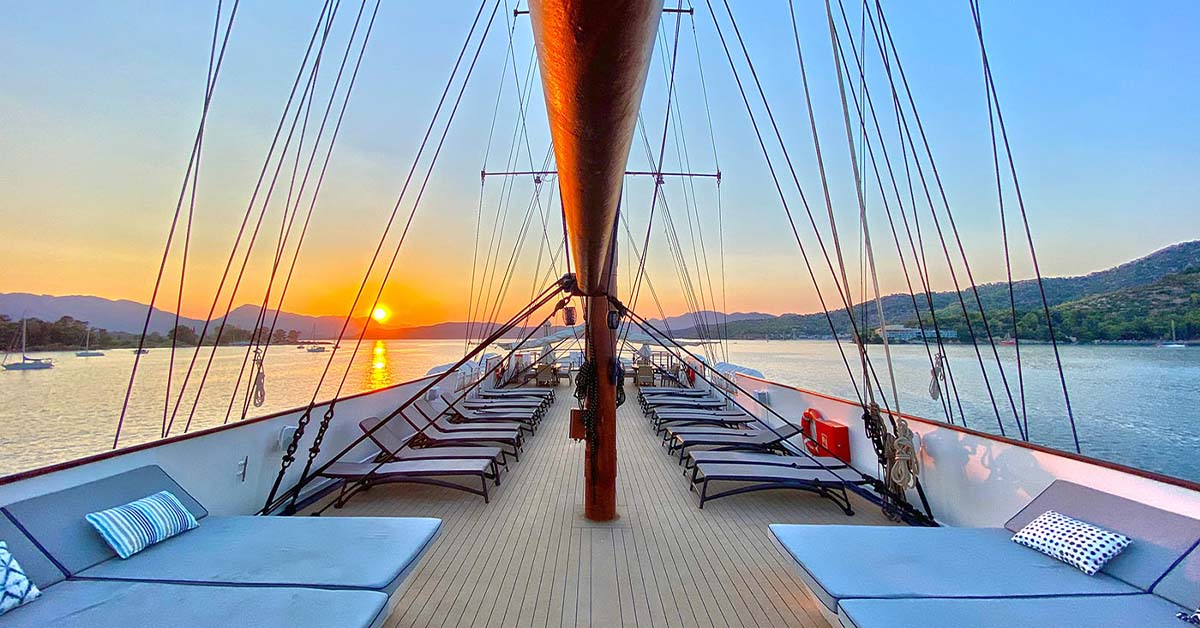 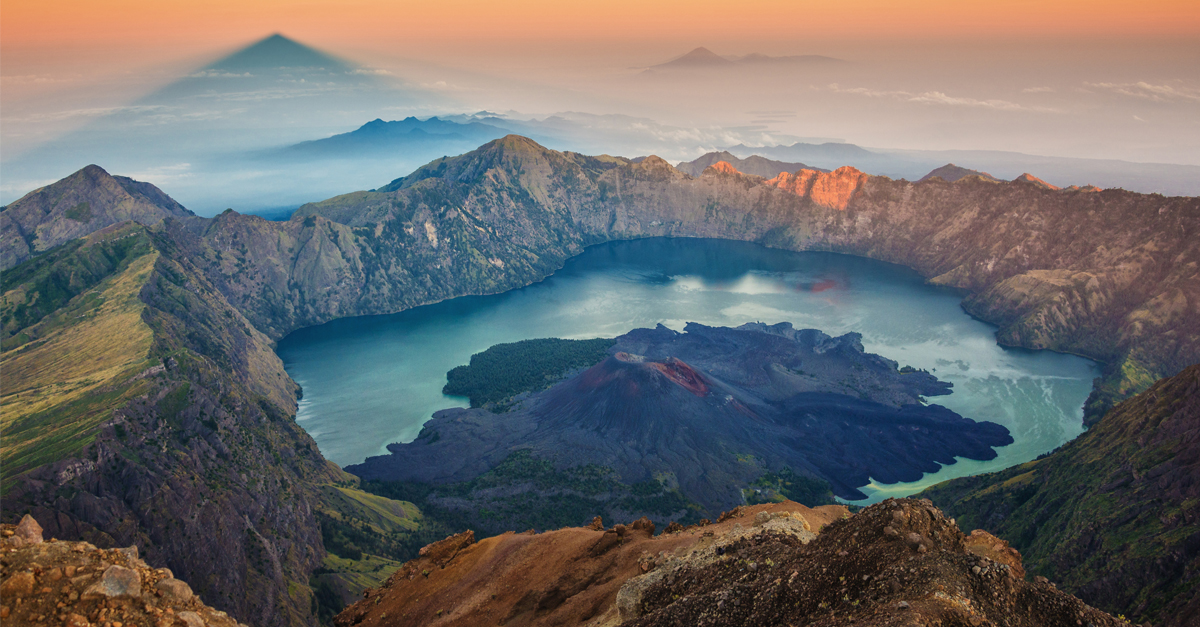