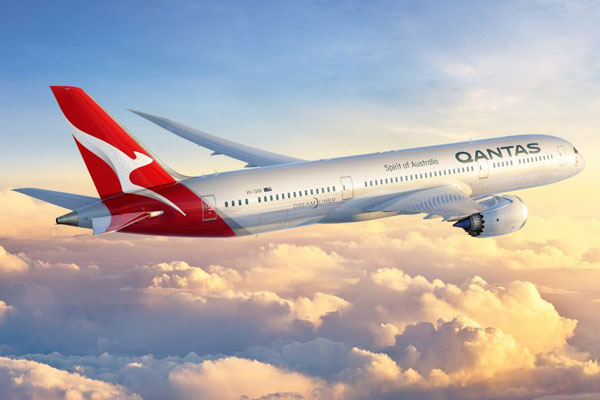 Qantas has confirmed a long-held ambition to operate non-stop flights between London and Perth.

The 14,498-kilometre service will be the first regular passenger flight to directly link Europe to Australia when it starts in March 2018.

The Australian carrier plans to deploy new Boeing 787-9 Dreamliners on the route with a flight time of approximately 17 hours, depending on wind conditions.

Seats on the London-Perth service will go on sale in April 2017 for the first flights in March 2018 although fare details have not yet been made available.

The Boeing 787-9 Dreamliners used on the route will carry 236 passengers in a three-class configuration.

The ultra-long haul connection is expected to be the third-longest passenger flight in the world and the longest Dreamliner service.

Qantas Group chief executive, Alan Joyce, described the history-making flight as being a watershed for travel, tourism and trade.

“When Qantas created the Kangaroo Route between London and Australia in 1947, it took four days and nine stops. Now it will take just 17 hours from Perth non-stop.

“This is a game-changing route flown by a game-changing aircraft. Travellers from Europe have never had a direct link down under before, so the opportunities this opens for them to explore Australia are huge.”

Passenger comfort on the 17-hour flight was a key consideration, he added.

“When we designed the interior of our 787s, we wanted to make sure passengers would be comfortable on the extended missions the aircraft was capable of.

“That’s why we have features in our economy seats that other airlines reserve for premium economy. Our Business Suite has been nicknamed ‘mini first class’ by many of our frequent flyers. And we’re redesigning our on-board service to help reduce jetlag,” Joyce said.

The enhanced Qantas cabin design is in addition to the comfort factors that Boeing built into the Dreamliner – improved air quality, lower cabin noise and technology to reduce turbulence.

Joyce said the direct route is expected to appeal to European travellers who want a non-stop link to Australia and will see Australian travellers from across the country fly via Perth to London, boosting tourism in both directions.

“A direct flight makes travelling from the UK to Australia a much more attractive proposition to millions of people. We expect many travellers from Europe will start their time in Australia with a visit to Perth before going on to see other parts of the country,” added Joyce.

The flights will operate through Qantas’ existing domestic terminals (T3/4) in Perth, which will be upgraded to accommodate international operations.

The airline’s current international services from Perth to Singapore and Auckland will also move to this terminal, helping to simplify the journey.

“We’ll be looking at the timing of our domestic flights through Perth to offer the best connections we can to our international flights, particularly given they will all be under the one roof,” Joyce said.