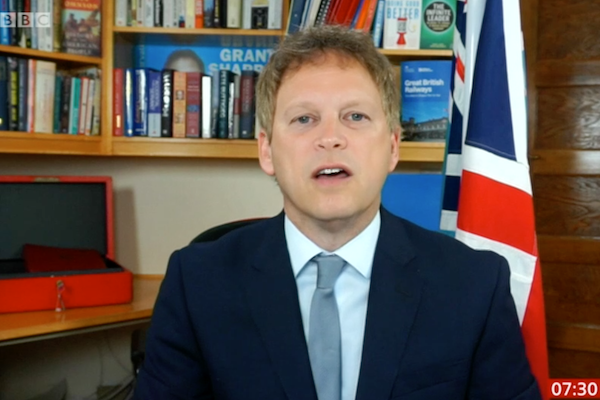 Airline bosses have posed a series of questions to transport secretary Grant Shapps, demanding to know the methodology behind the government’s decision to remove Portugal from the green list from Tuesday.

A letter to Shapps from Airlines UK asks why Portugal was not placed on a green watch list as promised and demands transparency on the criteria and data behind the decision.

It suggests the government is using the traffic light system “to curtail air travel rather than facilitate it”.

The letter describes the decision to remove the single major destination on the government’s green list as “a shock and severe blow to the UK aviation industry and the travelling public”.

It states: “The lack of transparency around the decision . . . heightens concerns that the government has moved away from the purpose of its own Global Travel Taskforce, to seek to curtail air travel rather than facilitate it where safe to do so.”

The letter, signed by Airlines UK chief executive Tim Alderslade, notes: “The Global Travel Taskforce report stated clearly that the Joint Biosecurity Centre will publish data and analysis to support the process of allocating countries. This has not happened, making it impossible for airlines and our customers to plan.

“It is entirely reasonable . . . that businesses and travellers affected are able to scrutinise decisions based on transparent data.”

In light of the decision, Alderslade says the airlines “request urgent answers to the following questions:

The letter concludes: “It is clear . . . that the current traffic light framework does not reflect the risk of travel nor facilitate safe travel as it should.

“If the government is serious about driving economic recovery, the framework must be adjusted by the latest at the checkpoint on June 28 to provide a pathway for vaccinated people to travel without restriction, to remove restrictions for green countries and to make the amber category workable including [by] reducing quarantine and the burden of testing on travellers.”