Two leading travel agency bosses were honoured with the Outstanding Contribution to the Industry Award at the Travel Weekly Agent Achievement Awards on Thursday. 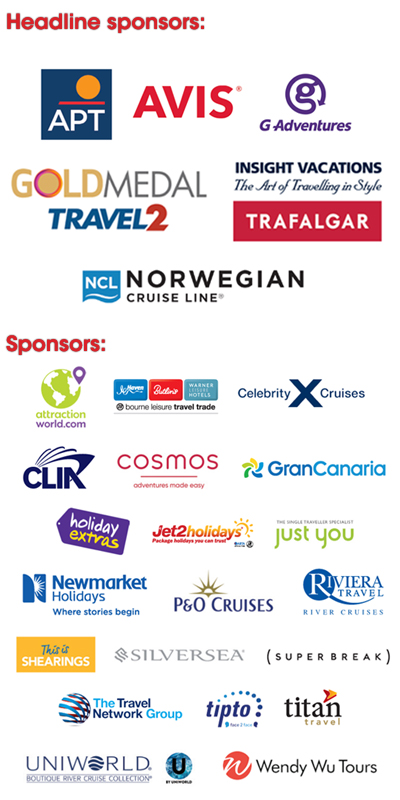 It was a particularly special night for both as their businesses also scooped awards in the agency categories.

Miles Morgan said: “If we had taken home one award tonight I would have been delighted- to win three is better than the icing on the cake. I am totally gobsmacked.

“We have 15 shops and we had a fantastic year, we continue to grow, to improve and our staff get better every year. The staff were all wishing me luck yesterday at a managers meeting; they will be over the moon.”

Oasis Travel picked up the award for Northern Ireland Small Agency of the Year. The business has six shops in Northern Ireland and a portfolio brand for private appointments, it employs 55 staff.

Sandra Corkin, managing director, said: ‘I’m so shocked because I know there are a lot of people in this room who have done amazing things in the industry. This is my 40th year in travel so this is an amazing way to celebrate.

‘I have an incredible team and I couldn’t have done it without them.

‘They’ve been in the business so many years and we’ve grown up together.

‘Julie-Anne who manages one of the shops and Wendy who looks after our portfolio brand have been with me 30 years.’

Corkin opened her first shop in 1984 when she was 21. Six staff who joined in the 80s are still working at the agency today.

Corkin said it was particularly special to win her award on the same day her father died 29 years ago. Her father, who owned an electrical goods business, gave Corkin the money to set up her own agency.

Other big winners on the night included Thomas Cook and Midcounties Co-operative Travel which scooped three awards each.

Meanwhile, Baldwins Travel and Regal Travel both picked up two awards each.

The AAAs are the biggest celebration of the travel trade in the UK, with 1,000 people attending this year’s ceremony.

The AAAs also recognise business excellence in the fields of marketing, social media and websites.

Cruise Agency of the Year – Small Agency
The Cruise Village

Online Agency of the Year
Loveholidays

Best Use of Social Media
Tailor Made Travel

Promotion of the Year – Small Agency
C The World