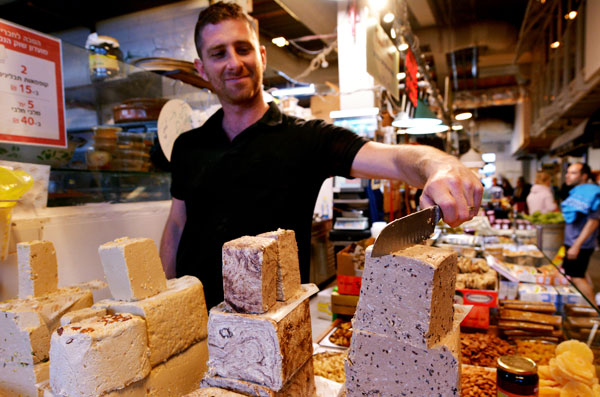 It’s the capital of falafel and home of hummus – Katie McGonagle discovers the tasty side of Tel Aviv.

Veg out with vegans

Tel Aviv is renowned as the vegan capital of the world, reportedly offering more than 400 vegan and vegetarian-friendly restaurants, making it a great destination for vegans who want hassle-free eating out. Under Kosher dietary laws, meat and dairy can’t be prepared in the same kitchen, so you’ll find lots of imaginative alternatives to these food groups. There’s even vegan ice cream at new restaurant Bianco Nero in Tel Aviv Towers, where 28 naturally flavoured ice creams – think carrot cake, lemon pie and chocolate orange – include 18 vegan options.

Shakshuka is believed to have come from North Africa via the Ottoman Empire, but no matter where it’s from, it’s been wholeheartedly adopted as a staple of Israeli cuisine, so much so you’ll hardly find a breakfast buffet that doesn’t feature it. The dish – popularised in the UK by Israeli chef Yotam Ottolenghi – consists of eggs baked in a rich, spicy tomato and vegetable sauce, topped with herbs or feta and served with plenty of bread – and if that doesn’t get your mouth watering, nothing will.

This buzzing marketplace, or shuk, is the largest in Tel Aviv, where stalls piled high with pomegranates, dried fruits, rose petals and spices sit alongside those selling homewares and household goods. Spend some time ambling through, then head just outside the market to Hashomer 1 restaurant, where the somewhat shabby exterior belies the quality of its food – the baked cauliflower, served whole to the table for added drama, is a particular highlight.

Book it: Kuoni’s eight-night Highlights of Israel tour includes a tour of Carmel Market and free time to eat at one of its nearby restaurants.
kuoni.co.uk 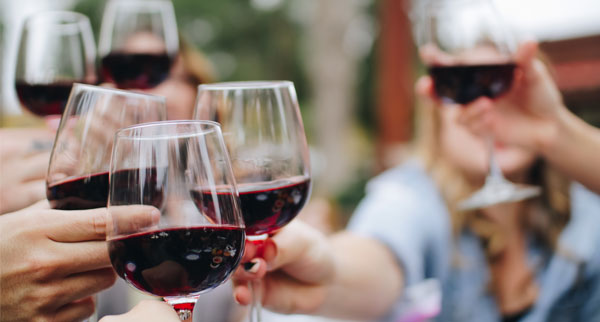 Israel’s wine-making abilities might not be as well known as those of the other countries that line the Mediterranean coast, but prepare to be surprised, as its wineries have undergone a resurgence over the past couple of decades. Cyplon Holidays recommends the family-run Tishbi Winery, an hour north of Tel Aviv in one of the country’s biggest wine-growing regions. Cyplon’s Elena Ahmadian says: “You can delve into tradition and learn about the fascinating stories of the family-run wineries, explore the evergreen scenery and experience unique flavours and aromas.” 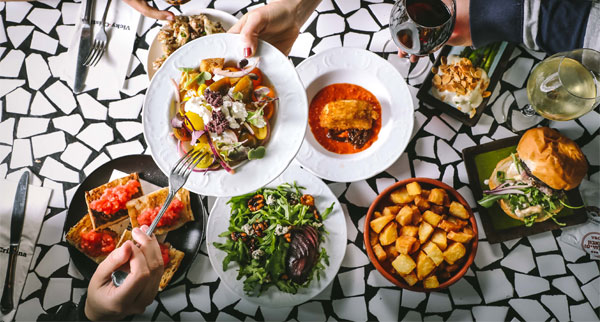 There’s no shortage of top-drawer dining in Tel Aviv, but the options aren’t restricted to Israeli food – in fact, this cosmopolitan city can offer up food from just about every country in the world. Vicky Cristina is a tapas and wine bar set by the sea in the Old Train Station, bordering the swanky Neve Tzedek neighbourhood, serving up flavour-packed tapas in a delightful outdoor setting.

Book it: Reservations are advised; dishes range from around £2.50 up to £21.
vicky-cristina.co.il