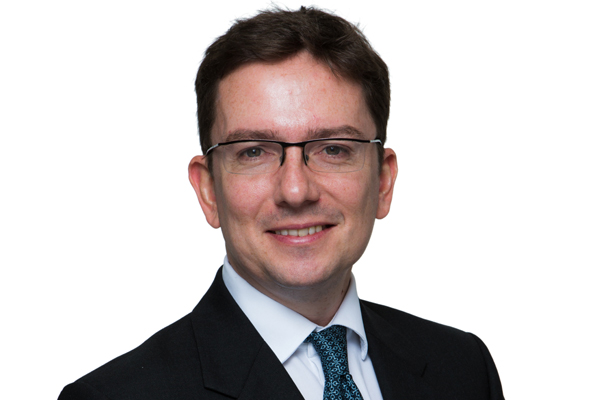 The Package Travel and Linked Travel Arrangements Regulations (PTRs) which came into force on July 1 last year were expected to have a significant impact, levelling the playing field between tour operators and online travel agents.

They were forecast to liberalise the insolvency protection regime – or decimate it, in the view of some – and to confuse travel companies and customers by introducing a new type of regulated holiday called a Linked Travel Arrangement (LTA).

OTAs would become liable for the proper performance of a package holiday in the same way as tour operators – opening OTAs up to customer complaints, health and safety responsibilities, and package holiday claims.

The reality is most OTAs have managed the transition without much fuss. Many already looked after customers who encountered problems with their holidays because it was good business. Some of the obligations imposed by the PTRs go beyond what the OTAs already did for customers, but to some extent it has been business as usual.

What was new and unwelcome to the OTAs was liability for customer claims. This has required they implement systems to deal with claims as well as arrange broader insurance coverage.

However, it is not wholly unfamiliar territory for OTAs. They were accustomed to receiving legal letters and personal injury claims as well as having to arrange insurance cover before the new regulations.

One practical effect of the PTRs has been that more successful claims have been made against them, but the arrangement of claims-handling systems and enhanced (more expensive) insurance has been relatively straightforward.

Many OTAs had already started to develop their own health and safety systems before the new PTRs. While OTAs would roll out an ‘agency defence letter’ in response to customer claims, the reality is no director wanted to have to explain to a judge or coroner that their company did nothing in terms of health and safety.

Given the new regulations only apply to bookings from July 1, 2018, it may be we see a spike in claims against OTAs from this summer, but so far the transition has been smooth.

LTAs have not proved as interesting as industry lawyers hoped they would be.

By the time the PTRs came into force, it was well understood that there are two types of LTAs and that insolvency protection only applies to the money a company takes – not that of providers of other linked products.

Perhaps those most significantly affected have been airlines, given that many have affiliate relationships with accommodation and/or car hire websites and their customers are cross-sold to third-party websites in booking confirmations.

While the airlines did not like LTAs, and neither did their affiliates, compliance has not been particularly difficult. Given the airlines are paid commission on the number of customers who ‘click through’ to book accommodation or car hire with their affiliates, there were already systems in place to track this data. Adjustments to these processes enable the number of LTAs sold to be identified and confirms the level of insurance required.

A travel company established in any EU state is now allowed to sell in any other member state using the insolvency protection scheme of its ‘place of establishment’.

It was argued this would allow UK Atol-holders to sell holidays to customers across the EU without worrying about having to arrange insolvency protection in each market.

The place-of-establishment rule has certainly simplified cross-border selling of package holidays. However, it’s not perfect and there remain complications.

The EU Package Travel Directive, on which the UK’s PTRs are based, allowed member states to broaden insolvency protection requirements if they wished and some have adopted this approach. For example, France requires retailers as well as organisers to arrange insolvency protection and individual travel services must be protected. So, while a UK-established company can rely upon its Atol to protect (flight-inclusive) package sales to French customers, it has to make ‘top up’ arrangements for the French market if it is retailing third-party packages or individual travel services.

We are left with an inconsistent regulatory environment.

Companies wishing to sell across the EU must ascertain the legal position in each country and, where there are additional requirements, make separate arrangements.

Alongside the place of establishment rules, member states have retained a discretion to require travel companies based in other member states to register with a national authority.

In France, a company selling from the UK must register with Atout France and provide a copy of its insolvency protection and civil liability insurance arrangements.

This is suboptimal for companies wishing to sell across the EU. They must go to the time and expense of ascertaining which states have a registration requirement and engage local advisers to help with the registration if it is not straightforward.

Travel companies trading cross-border find they are still met with a patchwork of regulation. The ambition of removing barriers to cross-border trade has not been wholly achieved.

Race to the bottom

The place of establishment rules led many to fear a ‘race to the bottom’ – that travel businesses might leave the UK to seek cheaper insolvencyprotection solutions elsewhere.

But we have not seen a mass exodus from Atol. The Atol badge is perceived to be important and something UK customers value.

Also, it’s not easy to move. To sell from another member state, a holiday business must have the centre of its operations in that state. This is not easy for a company long established in the UK.

Ironically, the place-ofestablishment rules have hindered companies selling cross-border when they would prefer to use the insolvency protection rules of the place of sale.

One issue that remains unresolved is where a customer books a third-party package and an ancillary such as overnight accommodation or a flight.

Is this a ‘super-package’ for which the retail agent is the ‘organiser’? Or is it a ‘package-plus’ – the sale of a package plus a (separate) ancillary?

That is not a good outcome for a customer because the agent may have little commercial or legal leverage against a hotelier or airline responsible for a problem. The customer will be left without effective recourse. However, the alternative is not perfect because if there is a problem with the ancillary, the customer will have to seek a remedy against the provider (the airline or hotelier).

Overall, implementation of the PTRs has surprised lawyers. Areas which were anticipated to have a significant impact have not turned out that way, while some of the perceived advantages have proved a hindrance. But it’s a new law, still in the early stages. We will see other issues emerge as the PTRs bed in.