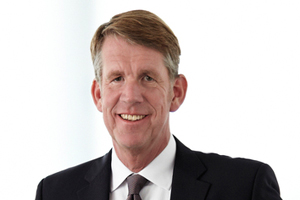 Tui confirmed it successfully raised an additional €400 million through the issue of convertible bonds today.

The additional funds will add to Tui’s liquidity which the group reported as €1.6 billion in late March 22.

Chief executive Fritz Joussen reported the offering “was close to two times oversubscribed” despite the group increasing the subscription from €350 million to €400 million.

He said: “The successful completion of our rights issue in January and today’s convertible bond offering prove that capital markets and investors remain confident in Tui’s strategy and business model.

“They expect a major recovery of the tourism industry and a strong Tui post-pandemic – more digital, lean and efficient.”

Joussen argued: “The transformation is ongoing, digitalisation has been accelerated. Our digital platforms and the efficiency programme will lower costs by €400 million per annum from 2023.”

He added: “With the completed offering today, we can plan the first important step towards refinancing our capital structure.”

The bonds are convertible into new or existing shares in the company.

Ahead of the bond issue, the group said: “Tui intends to use the proceeds from the offering to improve its liquidity position as the Covid-19 crisis continues and subsequently for the repayment of existing financing instruments.”

Tui has made a series of fund-raising efforts and has secured three state-aid packages in Germany worth a total of almost €4 billion.

The group revealed last month it had reduced capacity for this summer from 80% to 75% of 2019 levels.